Manager Steven Pressley spoke to us ahead of training on Friday as he prepares his squad for the Fleetwood Town friendly at Brunton Park. 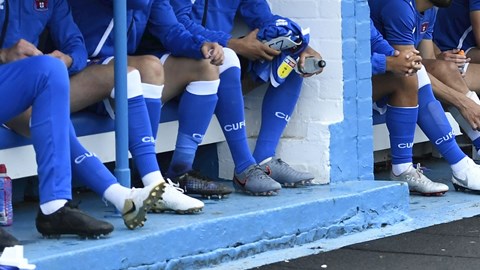 “Fleetwood will be a really good challenge for us,” he said. “They’re a good League One side with a good budget for the league, and a decent squad of players, so it will be a real test for us.

"We’re back at Brunton Park and we enjoy playing on this surface, and I think it will make for an excellent game of football.

“I said at the start that the Hibs game was a difficult start to pre-season for us, with it being our first game and them playing a number of games before they came here. It was a great game to get us going, and I think we’ve moved forward game by game, as we will hopfully see tomorrow."

“This week has been a really demanding week for the players," he told us. "Their attitude and application in yesterday’s training session was phenomenal. They’ve covered a lot of distance this week, so we’ll be looking at the bigger picture.

"We obviously want a performance with a lot of distance covered tomorrow, but I’m also very aware of the work these players have put in over the last six or seven days.

“I had such a good feeling about group at the end of the training session yesterday. Their application and their desire to keep going was fantastic to see. I mentioned our senior players, we have three of them who are 32 in Mike [Jones], Byron [Webster] and Nat [Knight-Percival], and their attitude was immense.

"They were a real example to our younger players, but the whole group was so at it yesterday and it was a pleasure to watch.

"I take a great deal of pride in that as the manager. You could see how hard they’d worked, they were all collapsing on the pitch at the end of it, but it was great to see. I know we're still a number of players short, but I’m delighted with the lads I’ve recruited so far."

On what we can expect from the 90 minutes, he commented: “It will be a big challenge for them physically and mentally, but that’s what we want at this stage.

"I keep reiterating the fact that we aren’t building towards a friendly against Fleetwood, we’re building for the Crawley game on the first day of the season, and then the whole season beyond that.

“We’ll try and give the players more than 45 minutes tomorrow, but we don’t have a particularly big group at this moment in time. We’ll be relying on a lot of the U18 players when we start making the changes, and we’ll possibly be relying on a couple of them at the start of the game.

"It’s a great experience for them, and it’s part of my managerial style that I like to promote from within. It will give another great opportunity to our younger players." 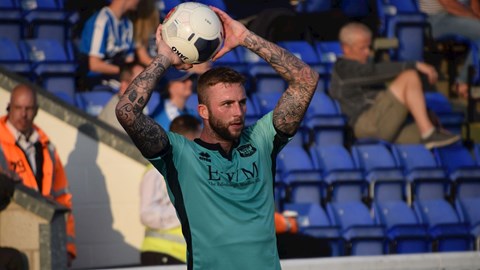 And with the manager's style of play already evident from the fixtures so far, he said: “We’ve bedded-in quite a lot of our defensive detail, and the passing structure we work towards in training, and we’re trying to improve it game after game.

"On things like corners, free kicks and throw ins we’ll be trying to do it as quickly as possible rather than setting up and working on things we’ve looked at on the training ground. We want to get the physical results out of the game.

“We’re working on things on the training ground which were very evident on Tuesday night in terms of how we were pressing the ball and recovering. All aspects of our defensive work were very good at Chester as well, so I’m seeing a lot of those things put in place.

"I’m also asking the players to do things that we wouldn’t possibly do in a normal match, like taking restarts as quickly as possible, because we want to keep the game at such a high tempo."

And on the ongoing search for new faces, he said: “Although I would like more players here now, it still isn’t something which is worrying me.

"I spoke to one of the clubs this morning about one of the strikers we’re pursuing, and we are confident we’ll get him, it’s just that the club’s circumstances mean we’re having to wait a little bit longer. He is a player who will be a good fit for the club, it’s just not going through as quickly as we hoped.”

INTERVIEW: I just want to enjoy it


Keeper Tomas Holy became United’s second summer signing yesterday, and his first interview was clearly brimming with excitement as he spoke to us about the challenge ahead.