Carlisle United are delighted to announce that an agreement has been reached with midfielder Owen Moxon, who will join the club on a two-year deal during the summer as manager Paul Simpson begins the process of reshaping his squad ahead of next season’s campaign.

Carlisle-born Moxon, 24, started his career across the border with Queen of the South, where he made 10 appearances.

He enjoyed a loan spell with Gretna whilst with the Doonhamers, bagging three times in 10 outings, and was snapped up by Annan Athletic in the summer of 2017.

A haul of 15 goals in 148 games for the Galabankies brought outside interest, with his 46 appearances last season culminating with the play-off double-header against Edinburgh City. 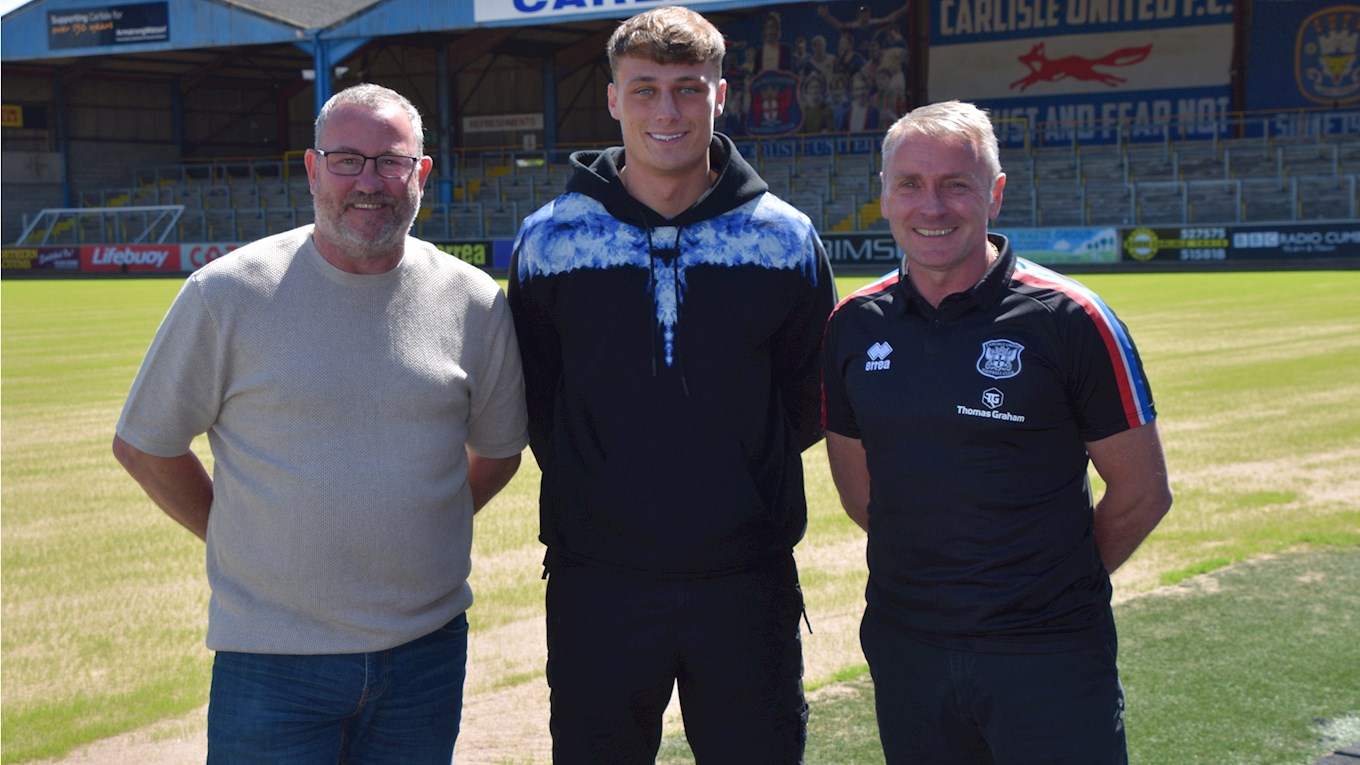 Manager Paul Simpson said: “I’m delighted to get this one done.

“It’s one we’ve been working on in the background probably, if Im going to be honest with you, since the day I decided I was staying.

“He’s a player I’ve seen quite a bit of. I’ve seen him live, I’ve spoken to other players, and to coaches, and Peter Murphy has been absolutely fantastic with me on this one.

“I’ve got a lot of information from him about Owen, and I feel you have to do that sort of background check on players when you’re bringing them in to your club.

“I’m really pleased that I’ve got it all agreed, and the challenge now for Owen is for him to show us that he can play at this level.

“I believe he has the capability, he’s got everything in his locker, and I’m really looking forward to working with him.”