The now 12-point gap to the drop zone that’s been established following Saturday’s win could lull some of us into forgetting the perilous position we’ve just worked ourselves out of, but for boss Paul Simpson it’s to be seen as more of a catalyst for better things to come, as he looks ahead to the remaining nine fixtures. 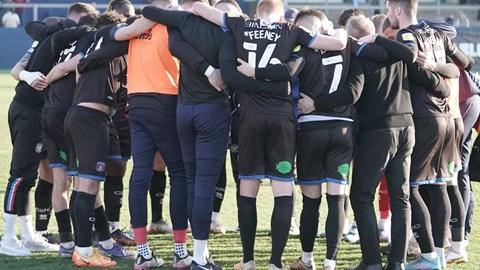 MANAGER: Hopefully the first of a few

“It’s always been my attitude to win as many games as we can, and we have nine left to go, so there’s 27 points to play for,” he said. “Don’t get me wrong, some of them are tough games, and we have to respect the league and make sure we approach every one of them properly.

“Next weekend is going to be a right tough game because they’re a good side, but let’s get the fans back in for it, let’s have a good atmosphere and let’s see if the players respond to it again. If they do that we’ll all have a really good afternoon.

“Yes, that’s the first thing we have to do, but I want us to get as many points as we can to go as high as we can.” 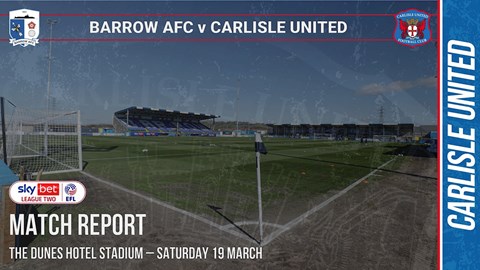 The five wins from the six games he’s been in charge have surpassed even his expectations, but there’s still a hint that more is being demanded as he looks for the players to continue the current excellent run of form.

“I could have asked for six wins from six, but this is really nice,” he told us. “I would have liked a better performance on Tuesday [against Newport] if I’m going to be really picky.

“We accept that we are going to lose games, but we have to start to see a consistent level of performance.

“We finished the Newport game well but we’ve got to do it better overall. Now we have to dust ourselves down and get ready to go again next week.

“Look, it’s been a brilliant start, really, really good. All it’s been is a different voice, just a little tweak of things, belief from the players, and everybody working really hard. That’s why we’ve got the rewards.

“I haven’t looked into it too much but I’m led to believe we have players out of contract, so they have a lot to work for. That means they’re playing for their futures, and that matters.

“They’ll be fighting to achieve some kind of relative success so they can see what comes after. We’ve all got to challenge ourselves and that’s what we’ll continue to do.”