New manager Paul Simpson was quick to praise his staff for the part they’ve played in the club’s turnaround of fortunes since his arrival, and he revealed after the game on Saturday – which had seen a penalty awarded after Callum Guy had flighted a beauty of a free kick into the mix – that Gav Skelton was the mastermind behind attacking set-pieces. 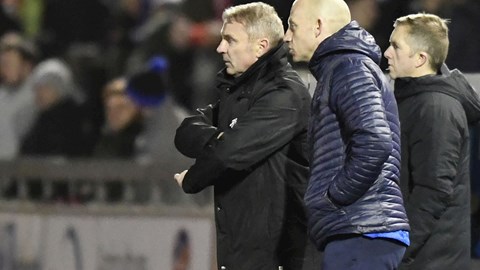 INTERVIEW: If we're at it, it takes care of itself

We thought the assistant boss should have his say on the new dynamic behind the scenes, starting first with those dead ball duties.

“It doesn’t matter what you do, be it Sunday morning or the World Cup final, if there’s a good delivery and the desire to get on the end of it, you’ve half a chance,” he said.

“It’s pointless having routines, looking at different stuff, if the delivery isn’t good or people can’t get on the end of it.

“It’s credit to the players, Callum delivering it into good areas, the desire to win the first or second one has been there. Credit to the players. It’s pleasing to score from set-pieces as it is from anything. We all do it together.”

And on being in a situation where he’s had to get to know the new gaffer quickly, he commented: “The experience and reputation the manager has, it’s brought a feel-good factor to the club.

“The fans have bought into it and the players have fed off that. Ultimately it comes down to the players on the pitch. 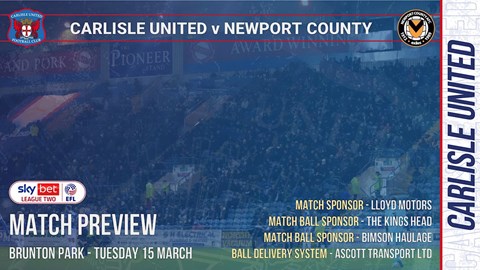 “Come 3pm or 7.45pm it’s down to the players and they have to take massive credit for that. They’ve taken a lot of criticism, rightly so at times, but credit has to go to them.

“Also the manager’s very calm. His message is very clear. As it is with the staff. Calmness and good, clear messaging.

“It’s good working with him, I’ve enjoyed it. We haven’t worked together before and I didn’t particularly know him before, but I feel trust from him.

“When he asks me to do stuff, he trusts me to do it. He doesn’t over-manage me or anything like that. That gives me confidence.

“He knows the club and the supporters, from his past here, and they love him. At times we’ve had bits of breaks going our way, everything at the moment is going that way.

“We’re under no illusions there’ll be a bump in the road for sure. but we want that to be a long way down the way.