United's Easter weekend of football was rounded off with a home game against promotion chasing Mansfield Town.

That meant a shuffle within the formation, with Armer on the left of a back three, and Dickenson and Riley providing cover left and right as the Blues went in search of the points they needed to secure League Two safety.

United attacked the Warwick through the first half, but it was Mansfield who looked to bite first as Hewitt burst through the midfield area. He cut it back for Quinn to shoot, but he dragged his effort and Bowery could only help it on its way.

The hosts earned a corner when Devine moved into space in front of the Paddock. His pass to Alessandra was put behind before the forward could pounce.

Carlisle came again as Gibson and Dickenson combined, and the latter forced another set piece as he tried to find the strikers, who had sprinted up in support.

It was a frantic opening, and a quickly taken away corner gave Quinn time to float it to the back stick from tight by the touchline. It was just too high for Perch and the moment was gone.

Howard had to go full length to get a hand to a 24-yard grasscutter from Stirk when a half clearance came his way, and the stopper needed to gather when Hawkins nodded another flighted set piece at the target.

The United keeper was in top form and he reacted instinctively to beat away a fierce volley on the turn from Bowery, who initially controlled 10-yards out with his back to goal, in what was a good spell for the Stags.

But it was the Cumbrians who created the best chance of the opening 15 minutes when a high delivery from Armer was punched by Bishop, who was under real pressure. Alessandra returned it, and Simeu flicked it beyond the stranded stopper, only to see McLaughlin hook it to safety before it could drop over the line.

A huge ball forward from Mellish almost inadvertently opened the door on 20 minutes as Hawkins misjudged the flight. Alessandra was after it but it skipped off the surface and Bishop made it his.

The Stags showed patience in the build-up to their next attack as Akins and Bowery worked their way into the box. The shot from the latter was charged down and the Blues were able to regroup.

An end-to-end vibe was maintained when Gibson shielded the ball out for a corner, and there was a commotion as players dropped to the floor. It came back to Gibson, and he tried to find the top corner with a measured dipper. It curled late but it was always off target.

Devine and Armer popped deliveries into the mix as the game remained there to be grasped, and Devine won a free kick in a dangerous position when he was pushed to the floor. Gibson swept it in, but it was too far in front of the onrushing blue line.

The assistant referee in front of the away fans was under the spotlight on 41 minutes when Akins slid a beauty of a pass into the penalty box. Murphy drilled it from close range as he met it on the full, and it hit the underside of the bar before spinning away off the line. The visiting contingent screamed for a goal, clearly convinced that it had gone over, but play was waved on.

United had men forward when they broke from deep inside their own half in time added on, but the yellow shirts got back quickly to plug the gaps and the teams headed up the tunnel deadlocked.

A fantastic, surging run from Riley deserved a goal immediately after the break as he used pace and power to get to the byline. His low cross was cut out, and Mansfield shepherded it away as Alessandra and Patrick searched for scraps.

Carlisle sat deeper for a spell and McLaughlin then Murphy rattled crosses across the face of the target, without finding any purchase.

The Stags were close when Quinn overlapped to pull the ball back to Longstaff. His sidefooted shot was deflected, and Bowery couldn't find a touch.

It was given as a corner, and Murphy forced another cracker of a save out of Howard as he rifled a bullet at the target. The keeper jumped high to make an excellent one-handed intervention.

United made the most of that moment when they sprang forward, with Patrick having drifted out to the left wing. He was spotted by Devine, who showed wonderful composure with his through ball following excellent work by Alessandra, and the forward got his head down to take the ball to a tight angle. Bishop could do nothing as a thunderbolt zipped into the roof of his net, via a touch off his fingertips.

More good work from Patrick saw the ball eventually drop for Devine to volley, as he lurked on the edge of the box. It was a sweet connection but it swirled its way past the post.

Brunton Park's goal of the century was almost bagged on the hour when Riley set off on a 60-yard run from inside his own half. He left yellow shirts in his wake, but his shot was stopped at source as he got into the box.

The resulting corner from Dickenson had accuracy, and Bishop stretched out an arm to divert the clip from Feeney onto the bar. Simeu was disappointed to see his follow-up header loop onto the top of the net.

Centre back Morgan Feeney carved the defence wide open when he scythed a pass to Riley, who used the time he had to find Gibson. He took the slightest of pushes on his back as he met it on his head and that was enough to cause him to clip it high.

Mitch Roberts was on to replace Jack Armer with 20 minutes to play, and the left back showed real character and bravery when he slid, inside his own area, to stop Perch in his tracks. The timing had to be perfect, and it was.

Gibson had one deflected wide at the other end, and Simeu was thwarted by the woodwork when he got on the end of the Dickenson corner. His header had power and purpose, but the width of the post was the difference. Mellish watched in agony as the rebound hit his shin and went behind.

Patrick was next to have a go, when he was played clean through by Gibson, but he hesitated with the finish and a tackle was made. Gibson then sliced one wide as he tried his luck from distance.

The Carlisle crowd was celebrating when a Gibson corner was met at the back stick by Feeney. It was going in until Hewitt somehow got a stud there to divert it onto the post and to put a dampener on the noise.

There was all sorts going on in what was an intriguing second 45 minutes to watch, and an opportunity to wrap it up went begging when Gibson latched onto a through ball from Dickenson. He had options left and right but the move fizzled out.

Mansfield threw men forward and Longstaff whipped one past the target, as did Wallace, as the back line stood strong.

Patrick had a neat bottom corner finder chalked off for offside as the clock ticked down, and Howard was down to gather from Maris as time added on loomed large.

The final whistle came shortly after Bishop had caused panic in his own box, and it was a delighted crowd who greeted league safety that had been earned with a pulsating and extremely enjoyable win.

We hope you all have a great day!

Have an excellent time with us!

Click HERE for more information on the Wheatsheaf Inn. 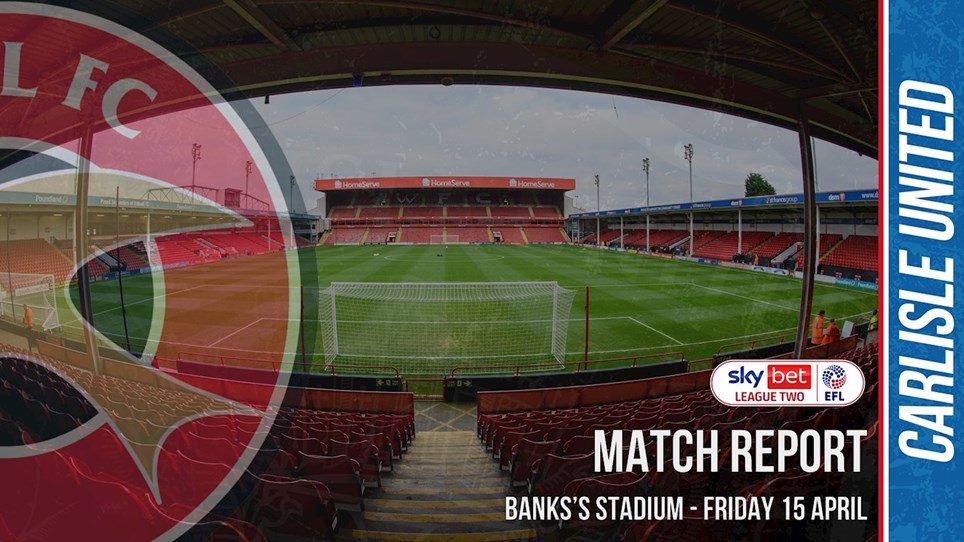