It’s expected that most, if not all, of the 566 away allocation of tickets will be snapped up by the Blue Army this afternoon, with the seated areas for travelling fans sold out early in the week. 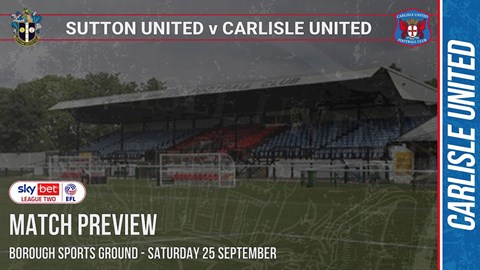 Speaking about another example of the amazing support this club gets, manager Chris Beech said: “We always want to try and give them something, but there’s one thing we can give which is our honesty and hard work.

“Then we need to grow it into being valuable in football terms and make sure it’s worth a point or three. Of course we’re looking to try and maximise our opportunity.

“In terms of the supporters, wow. They’re unbelievable. They were very good on Saturday, I think they got really excited, if that game had carried on another five or ten minutes that could have been anything for us, but we’ve got to make sure that if it’s 500, 5,000 or 5, that we value every single bit of support from our supporters and represent them correctly.

“I’ve been reading that our London Branch, southern based, they’ll be there and they’re getting something organised so people can have a drink in a local cricket club. Things like that are commendable and superb.

“It just shows, it’s due to history, that this football club’s absolutely massive from a support side of things. We thank every single one of them.” 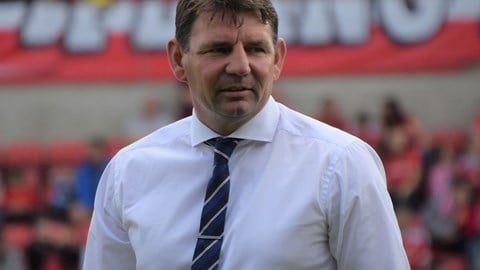 MANAGER: We'll have to match the energy

As for the logistics of getting the team down there, he said: “Planning for these trips is what we do, we’re used to it.

“Colin Nixon the kit man has been around for a lot of years and he knows all the routes. We have a great relationship with Alba and Gary the coach driver so we’ll be as organised as we can be considering that there are few junctions shut, and things like that.

“We’ll be there for 3 o’clock on Saturday and we’ll be looking to turn up for 95 minutes, that’s for sure.

“Training on the way, we’ve done that in the past, but if we look at the obstacles we faced when there weren’t any closures to the roads, and it was just general traffic, I think we added an hour or two of extra time to our journey on the last trip down to Crawley.

“We organised to train at Blackburn when we played Swindon, but we had to cancel that because we couldn’t actually get off the M6 at the Tickled Trout.