Looking ahead to the game, manager Chris Beech said: “I’ve a lot of respect for Gary, he’s managed in the Championship, with £25-30m budgets, he’s an experienced person.

“I’m really looking forward to it. I treat every day as the first day at work, you’ll have positive and negative thoughts when you work hard at what you do, but it’s about getting our players ready, understanding their strengths.

“They have many goalscoring match-winning players, but we’ve been playing well, doing well. I would like more points for the performances from the draws we’ve had, so that’s the frustration.

“We did very well at Swindon, and I did share that I was disappointed with the performance at Hartlepool, but ultimately we’ve lost one game by one goal.

“We’ve got to remain focused on that and look at why is it like that, why did that actually happen last week. Part of what that was is that we’re that tight knit as a group that we’ve developed our culture.

“When third parties come through the door, as it often does now, when agents get involved and know things they share with the players sometimes, before clubs know more information.

“If you know you’ve got a possibility of earning this there tomorrow, it turns your head. I think because George [Tanner] is such a good lad he wanted to represent us, him and me in the best way he could. 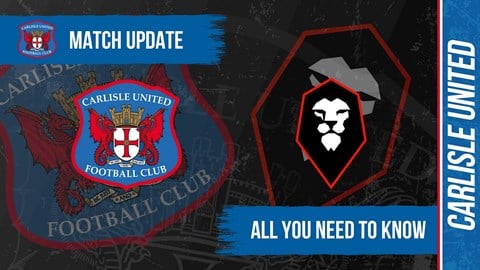 “He was put in a bit of cul-de-sac, he probably shared that with his mates, it started those conversations you don’t want when you’re playing Hartlepool because you want total concentration on the game.

“Now that the window’s shut I am so happy in terms of the professional game, but I’m also wary because our non-league neighbours, the window’s still open for them.

“I’m happy it’s shut, let’s concentrate on Saturday, really looking forward to it, they’ve got some great players and so have we. We’re very ambitious, competitive and we’ll be very on it and ready for the game.”

“We all know what Salford have got, some people like that, some people don’t,” he added. “That’s nothing to do with me. My job is to be thankful I’ve got a good squad remaining after the transfer window closed.

“Outside these four walls, no matter what people think or get upset about in defeat or performance, we’re obviously doing something very well otherwise nobody would have any interest.

“We’ve got a position now where we’ve got these young, ambitious players, and I’m an ambitious manager. I want to represent us in three points and develop them. But I want to win more than anything and I want success, of course I do.

“We’re giving our best for our community and club that pay us and we represent you, the supporters. We share it together. We’re really looking forward to being able to do that on Saturday, in front of a Salford team that are very good.”