United’s under-18 side heads into the first-round proper of the FA Youth Cup tonight with the visit of Oldham, and what is gearing up to be a keenly contested encounter. 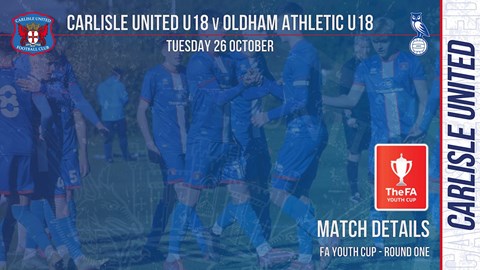 Speaking ahead of the game, youth boss Mark Birch said: “These are the games the lads always look forward to. For the last couple of weeks they’ve been asking when the draw is and when the game will be.

“Playing on the first-team pitch under the lights makes it a big night for them. Hopefully there will be a few people down to watch which will add to the occasion, but we’ve just got to treat it as another game.

“There will be a few extra nerves, which I can relate to when I played in the competition myself. You understand how the lads are feeling because it is a bigger game than us just playing on Creighton.

“We’ll prepare exactly the same as we do for every other game, but the lads know it’s a game which can give them a little bit of exposure.

“They were all in at 8.15am on Monday morning, all excited, wanting to know what we’re doing, what’s happening tomorrow, whether they’ve got tickets so their family can come along. 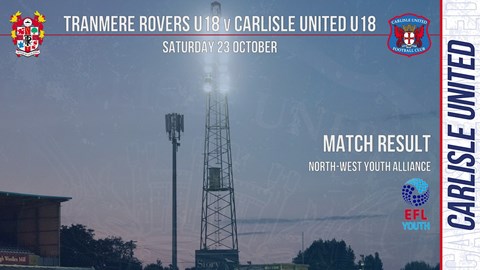 On helping the lads to prepare, he commented: “We can sit here and say listen, you’re walking onto just another pitch, over that white line, that it could be any pitch, Creighton, Brunton Park, Old Trafford, but it’s not that.

“They’re walking onto the first team pitch, they’re normally sitting in the stands watching the game, it’s their opportunity this time. The floodlights are on and they’ve all been waiting a long time for this.

“We can play it down, but they’ll still have that little bit of nerves. The team that can control it best will probably be the team that comes out on top. There’s not a lot we can do to control the nerves they feel, so hopefully they’ll embrace it and use it to their advantage.

“The long-term goal for them all is a professional deal at the end of it, but the FA Youth Cup is still a big tournament. When you’re involved in under-18s football all the players know about the history, about who won it last year, they know everything. It is, for youth team players, a big occasion.”

And the Blues head into the game with a run of four consecutive victories under their belts, and with just one goal conceded during that spell.

“We’re on a good run of form, which is credit to the lads, so they’ll go into the game feeling confident,” he told us. “We’ve based everything we do on work rate and making the game as difficult for the opposition as we can.

“We try to dominate with and without the ball. They will feel different when they walk out ahead of the game, which is expected, but they’ve got to manage that. 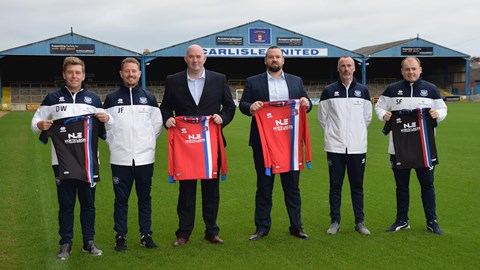 “It was a great result at Tranmere on Saturday to keep the run going. I wasn’t there, myself and Eric stayed here to help Gav and the first team. Simon [Friel] and the other coaches took them down and they did well.

“When you’re on a run of form like we are at the moment, the lads all know what they have to do and what’s expected. From what I’ve been told they went down there and worked hard, their attitude was fantastic, and they took control of the game. That’s what we always look for.”

Despite being in the same division these teams come together for the first time this season this evening, with round two the ultimate prize.

“We know little bits about Oldham, we’ve watched videos of them and spoken to people who have played against them recently,” he explained. At this level, you don’t know what you’ll get.

“I think there were a few youth team players in their first team squad on Saturday so we don’t know what team they’ll put out. All we’ll do is concentrate on ourselves and making sure we play the best game we can, then see what the game brings.

“We set targets at the start of the season and one of them was to get to the third-round of this competition. That journey starts here, we’ll just concentrate on one game at a time, we don’t look too far ahead.

“We hadn’t spoken to the lads about this game until Monday morning because we only ever concentrate on the next game rather than looking too far ahead.

“The good thing is we’ve got some lads who have trained a lot with the first team squad. That aside, first and foremost we want them to play their own game. They’ve got to concentrate, they’re only young, it’s good they’ve had that experience, but at the same time they have to play their own game like everybody else.

“Hopefully they’ll be calm in their approach to the changing rooms, calm heads when first years or other lads who’ve not had the opportunity they’ve had are getting a little bit giddy about a situation, they’ll turn round and see some mature, older heads who are nice and composed in what they’re doing.”

A selection dilemma between the sticks sees Gabe Breeze, Lewis Boyd and Scott Simons all vying for the starting jersey, with Sam Fishburn also looking to be available at the other end of the pitch.

“We’ll talk to the first team staff to see what they want and are looking at for the rest of the week,” he said. “Then we’ve got a decision to make on who plays on the night.

“Whoever plays it basically comes down to it’s their turn, and later on in the competition, if we progress, then maybe somebody else will get their turn as well. We could pick any of them and it wouldn’t make us any better or worse.

“The second year lads, they’re two fantastic young keepers, and the one who doesn’t play I’m sure will get opportunities at some stage through the season or in their career.

“The big picture for Sam is he’s been in and around the first team and we’ll know if he’s fit for the game before we finalise things. If that hinders him going forward to the first team, if he has got any feeling of any kind of knock still, and we think that’ll be detrimental to the first team selection by playing him tomorrow night, then he won’t play. If he’s fully fit he has every chance of being involved.”

And on what a win could mean overall, he told us: “I think what you’re looking for in any football club is atmosphere.

“All successful clubs are built on the atmosphere, the togetherness, the camaraderie between every department, not just first team and youth team. That togetherness has to be throughout a club.

“You’re looking for little snippets of things in the club to lift spirits a bit. If the youth team can do their little bit and boost the atmosphere in and around the place, so be it.”