Whether you class this as a local derby or not, it's still an important fixture for both sets of fans - with bragging rights up for grabs come 3pm on Saturday.

Barrow were the televised Emirates FA Cup fixture last Saturday and they brushed aside non-league Banbury as they pounced on mistakes made to bag their goals.

And it all added to what has already been an exciting season in cup competitions with Aston Villa - the Carabao Cup visitors to Holker Street in August - having donated their 45% gate receipt back to their hosts after they'd secured a 6-0 away win.

Former Forest Green boss Mark Cooper took over the vacant post at the end of May, and he was active almost immediately with a wave of new signings.

The dealings went on all the way up to deadline when Leeds parted with company with midfielders Robbie Gotts and Jordan Stevens. Both signed two-year deals.

When these sides met at Brunton Park in October 2020, it was the first coming together in the league for some 56 years.

And there was all sorts going on at the top of Division Four in April 1964 - in fact, things were so tight that five teams, Carlisle amongst them, were neck-and-neck for the right to take one of the four promotion spots, with the title also still up for grabs.

Things were a little bit more academic at the other end. A system of re-election was still in place, but the Bluebirds were doing everything they could to avoid bottom spot.

In the end Carlisle held their nerve, finishing second behind Gilingham despite having recorded a whopping 113 league goals.

Unfortunately a run of poor results, particularly at home, meant that Barrow did indeed pick up the dreaded wooden spoon.

This, of course, is the first game in front of fans since that season (with the 2020/21 campaign subject to lock-outs due to the pandemic).

It's been a sticky patch in the league for Barrow who have drawn three and lost two of their last five games.

They started last month with a solid away win at Mansfield, but it's been furstrating for them more recently, particularly at home, as they've slowly slid into a mid-table position through their current run.

Averaging a goal a game through October, they'll be hoping that the four they netted against Banbury will provide a springboard through this crucial stage of the campaign.

There are plenty of familiar faces in the Barrow ranks and it will be nice to see Patrick Brough, Connor Brown, Jamie Devitt, Mark Ellis, Paul Farman, Mike Jones, Tom White and Ozzy Zanzala again.

I'm sure they'll understand that we'll be reserving our best wishes for the remainder of the season until after full time.

As for the one to watch, we've gone for the dangerous Ollie Banks. Most at home in a play-making central midfield role, he's bagged eight goals already this season (some from the spot, as the club's trusted penalty taker).

The 28-year-old has experience and ability, and is a real thorn in the side if he's given room to move.

The game is being streamed under EFL 'international weekend' streaming rights for League Two.

That historic first meeting in 56 years in October 2020 went the way of Carlisle as Jon Mellish gave the Blues a 1-0 lead with 24 minutes on the clock. Aaron Hayden was given his marching orders early in the second half, but the 10-men held on to claim the win.

The return fixture at Holker Street in April 21 ended as a 2-2 draw. Jack Armer gave the visitors an early lead, but Scott Quigley and Patrick Brough had the hosts ahead before the break. Ozzy Zanzala levelled things up from the spot on 79 minutes.

Our referee for this fixture is Martin Coy.

Martin has been in charge of 12 games so far this season showing 28 yellow cards and one red.

He was at Brunton Park in September 2021 for our 2-1 home win over Salford. Brennan Dickenson scored early, but Josh Morris pegged things back on the stroke of half time. Jon Mellish grabbed the winner in the second half, and Tristan Abrahams, Zach Clough and Callum Guy all had their names taken.

We saw him at Bolton in April 2021 where a first half goal from Eoin Doyle was enough to secure a home win, depsite United dominating much of the play. Joe Riley was the only Carlisle name to be taken.

He was with us in January 2021 for a 1-0 home win over Exeter. Lewis Alessandra scored the goal, and Nick Anderton was the only booking on the day.

The December trip to Harrogate turned into an interesting evening as dipping temperatures sent an already struggling pitch over the edge. Just eight minutes into the game, and with the hosts a goal to the good, Mr Coy deemed that the surface had become too dangerous and United's first ever trip to Wetherby Road was cut short with the match abandoned due to safety reasons.

He was at Brunton Park in October 2020 for the 3-2 home win over Colchester where goals from Lewi Alessandra and Jon Mellish gave us a two-goal cushion. The U's pegged us back with strikes either side of the break, but Aaron Hayden sealed a deserved win with a late goal. Callum Guy, Jon Mellish and Joe Riley were booked on the afternoon.

We also had him for our 3-0 home defeat against Plymouth in January 2020. Aaron Hayden was sent off in the final minute of that fixture as tensions ran high.

Prior to that he was here for the 2-1 defeat at the hands of Port Vale back in November 2019.

Ryan Loft put us ahead with just one minute on the clock, but second half goals from Worrall and Cullen took the points the way of the hosts. Loft and Canice Carroll had their names taken on the day.

We saw him twice in the 2018/19 season, with our first meeting for the home defeat against Grimsby in October. The goal came in the first half from Luke Hendrie, but there were no United names entered into the book.

He was back here a month later for the 1-1 Checkatrade Trophy meeting with Stoke City under-21s. Jack Sowerby scored the goal and Gary Liddle was shown a yellow card.

He was with us three times during the 2017/18 season, with his first visit up north coming in August 2017 for our 3-0 home victory over Cheltenham. Tom Miller and Reggie Lambe added to a fifth minute own goal from Harry Pell, and Mark Ellis was the only Carlisle booking on the day.

We saw him again for our November Checkatrade Trophy group game against Fleetwood, where a certain Jack Sowerby opened the scoring on the night. Wes Burns doubled the lead just before half time, and a late Shaun Miller goal did little to affect the outcome as the visitors took the win come full time. Tom Miller and Jamie Devitt received yellow cards that night.

His last trip to Brunton Park during that campaign was for our 2-2 draw with Crawley in March. Richie Bennett and Hallam Hope appeared to have done the job with goals to give us a 2-0 lead, but the Red Devils recovered and claimed their point courtesy of a brace from Kalen Grant. United names taken were Clint Hill, Hallam Hope and Tom Parkes. 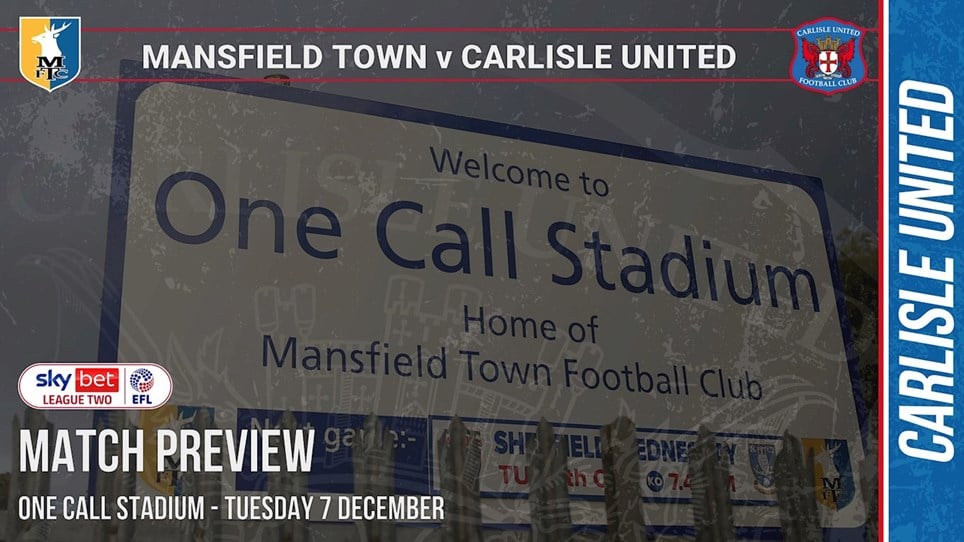 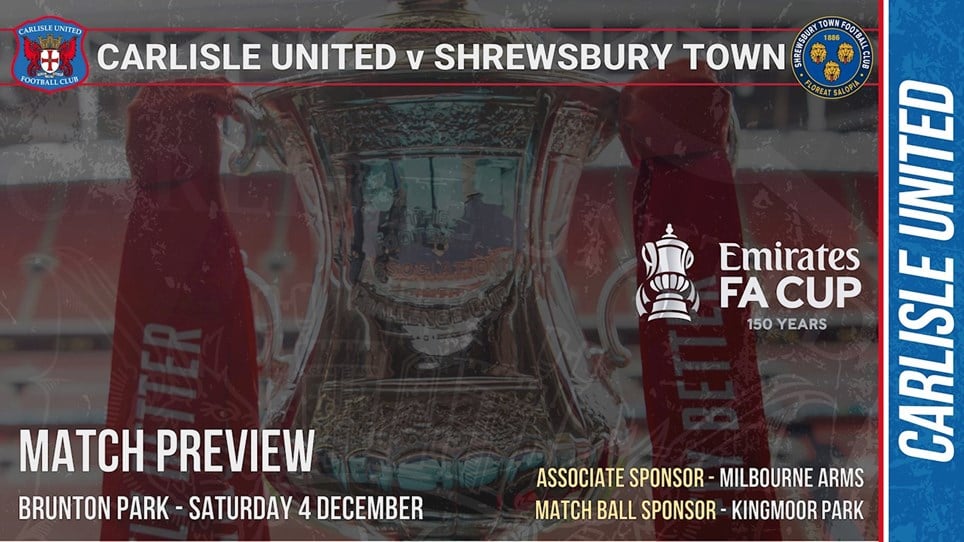 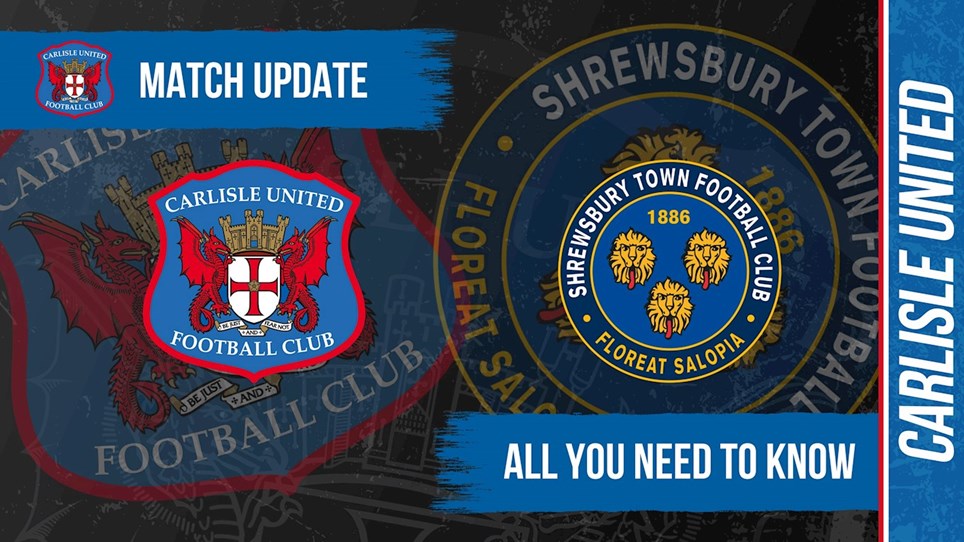