Having spoken about the disappointment of the result after the game on Saturday manager Keith Millen insisted that things will change for the better if the players continue to put in the work as he looks at the best way to bring the best out of his squad. 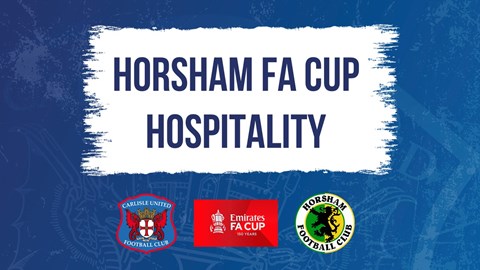 “I have no doubt we can turn it around,” he said. “I wouldn’t have come here and taken the job if I didn’t believe that. It’s small steps, and as we saw on Saturday, the first half was good up until the goal, and you have to take the positives from that.

“We have a week to work before the FA Cup game, which is a good thing, and then we have to put a performance in for the fans at home. That might be the turning point, you never know, you just need things to click and you’re off and running again.

“Look, the players are an honest group and they’re not happy with this. It’s hurting them, without a doubt. They’re quiet because of it, so somehow I’ve got to try to get them to be a little more vocal and to have a bit more drive with each other, because I want them to demand more from each other.

“Body language is so important and you can see the shoulders drop a bit when they concede. We have to snap out of that because you can’t feel sorry for yourself in this game. If you do that, you’ll never turn it around.

“I won’t have that and they know where I stand on that sort of behaviour. There are more tough times ahead, but you have to be strong enough mentally to deal with them.”

“The only way to change it is by working hard on the training pitch,” he added. “I can say what I like, but words won’t give them confidence. I’m not talking about running them, their fitness levels are fine, but we’ve got to find ways of giving them that belief and confidence. 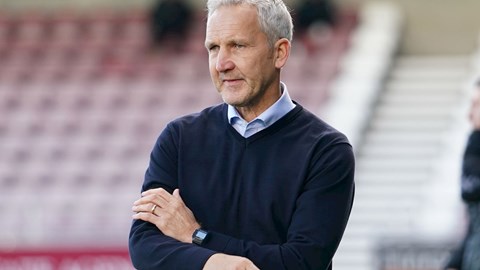 “The fact is that if they do things well in training they’ll be in a better mindset come Saturday. That’s why what happened against Northampton didn’t surprise me, but you obviously hope for a performance and a result.

“Not scoring and dropping off after conceding has been the trend recently, so we have to find a way to change that. Doing well then letting it slip has been the pattern for a while now.

“The manner of the goal we conceded before half time are the small margins. We’re up one end, but five seconds later they’re in on us and they’ve scored the goal. I always felt the first goal was going to be important because the lads are a little bit fragile at the moment. If we’d scored it, who knows.

“Also not creating enough good chances has been the problem all season, and the proof of that is in the record of goals scored so far. That was never going to be something we could fix in two days.

“I said to the staff after the game that we’ve got to look at a way now of getting the team to be more creative. I want us to have more possession, but when confidence is a little bit low players tend to hide a little bit.

“It’s difficult to become a passing team when that’s the case, but we have to find a way or a system that’s going to hurt teams more, because if you don’t believe you can score goals it becomes even tougher on the mindset when you go a goal down.” 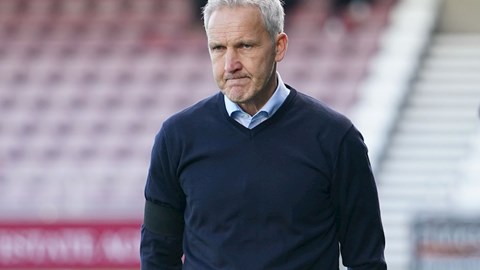 MANAGER: They have to develop a mindset

“The mistakes we made sum up where we are right now,” he said. “Nobody means to make them, and we have to look at it and remember that if we want players to play, they’re going to lose the ball from time to time.

“What we have to bring in is that we don’t get punished every time somebody does do something wrong. That’s something I need to look at. We can lose the ball, it just doesn’t have to mean we concede every time that happens to us.”

So could the addition of a suitable free agent help in the short-term?

“I keep getting asked this, but if there’s a player out there who will make us better, without a doubt we’ll do it,” he confirmed. “Normally free agents are free agents for a reason, and we’re constantly looking.

“My phone doesn’t stop, we’re always talking to people, but they’ve got to be the right person. There’s no way I’m collecting players for the sake of it, or because we’re in a bad position.

“If we can find someone suitable we’ll definitely do it. If we don’t then I’ve got to work with these players and get the best out of them.

“We have nine games before January and we have to come up with some solutions, that’s the simple fact. I knew that from day one. Nothing’s changed.”