Our final iFollow update, which includes the last match of the League Two season against Walsall, is now available. Chief executive Nigel Clibbens said: “Over the course of the season we have had 44,000 paid streams at an average of close to 1,000 per game.

“This earned total income for the club of just over £340,000, after adjustments for payments to host clubs when we played our away games.

“The high number of games in the last two months has also coincided with a tough period for results, so it is no surprise to see the viewing numbers reflect that. That’s very clear in the data, as you can see – especially when you look at the trends over the season.

“As I said in my recent update on wider club finances [click HERE to read that update] iFollow is a crucial flow of new income and helps us to mitigate the £1.2m lost income suffered in 20/21.

“The support has been brilliant, even through the second half of the season when results have not been what we would want. With two games every week for a prolonged period of time, the cost to fans of watching every game soon starts to mount up.

“A final massive thank you goes to everyone who has backed the team in this way. We are very grateful. It’s been vital and it has been a real success.

“I hope fans have found the updates worthwhile to see how iFollow has impacted positively on the club this season.  If you have any questions, don’t hesitate to get in touch.” 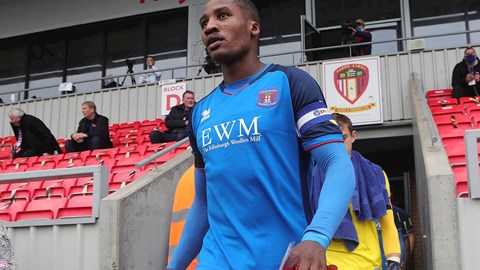 INTERVIEW: My body thinks I should be doing something

We now have the finalised data from all 46 League Two matches for our iFollow UK streams.

The UK paid subscriptions are as follows:

The total number of paid UK domestic streams has grown to 20,320, with a peak of 1,422 for the win against Exeter in January (excluding the 300 season ticket holders at each BCD games).

We finished second behind Bolton in League Two for the highest average number of paid home streams per game, at 883 (some clubs have very high numbers of free home passes given to season ticket holders, meaning paid home streams are low).

The iFollow streaming service allows UK based fans to watch the team play away from home, certainly more often than ever before.

We were ninth in League Two for the highest average paid away streams per game, at 1,031.

Over the whole season, each away game earned us on average around £4,300, after our payments were made to the home teams. This is far more than our away ticket commission during a normal season.

The finalised viewing table is here: 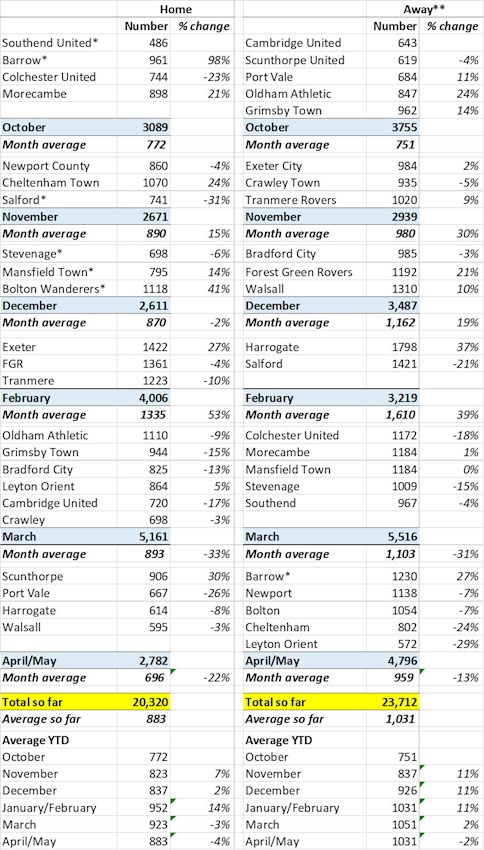 *numbers distorted by individual fixture factors – Southend and Salford, Stevenage, Mansfield, Bolton are lower as we had 1,000 then 2,000 fans in the stadium, and Barrow games high due to the special interest in the games.

**The income from the first 500 streams bought by CUFC fans for away games (£8.33 x 500 = £4,165) is paid to the home club. But by the same mechanism we get the value of the first 500 from every away team coming to Brunton Park. Over the season the net effect of this is broadly neutral, if we sell at least 500 streams per away game.

The fifth update, up to the end of March, is HERE.