United’s youth team have picked up back-to-back away wins against Accrington and Morecambe since we last caught up with academy manager Eric Kinder, and he spoke to us this week about what has been a good run for the young Blues.

“We had a bit of a setback at Blackpool a few weeks ago,” he said. “It was the top two playing each other and that was our chance to try and have a go at winning the league, but we were poor that day and Blackpool deservedly won. I asked for a response after that and we’ve won the three games since then.

“Saturday’s game was played at Kendal on a tricky pitch which made it a scrappy game, but we worked very hard in the periods where we didn’t have control of the game. It wasn’t often, but when we did lose control we worked hard to get ourselves back into it.

“We got a flying start, with two goals in the first ten minutes, but it was one of those games where I was stood watching and I was comfortable throughout.”

“We’re scoring plenty of goals as well at the moment,” he continued. “Dylan [Garvey] is doing really well and seems to be scoring every week. Sam [Fishburn] is still adding goals to his all-round game.

“He didn’t get one at Accrington but we won 3-1 and it was his best performance of the season. He led the line really well, held the ball up and played people in. He was really hard to play against, but he couldn’t understand me saying that Accrington was his best game when he hadn’t scored, but we always look at the whole performance.

“He played better against Accrington than he did against Tranmere when he scored four goals, that’s just the way it is. On Saturday against Morecambe it was probably Sam’s worst performance for us all season, but he ends up scoring one heck of a goal at the end.

“He had a battle with the centre halves throughout the whole game which he didn’t win for the vast majority, but he kept working which he always does and got his reward.” 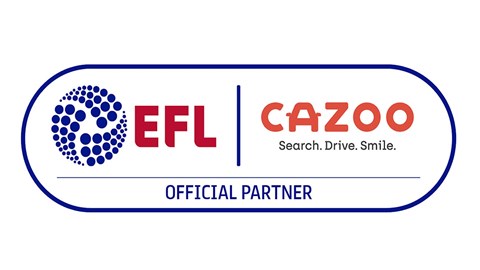 And it was also good to see second-year winger Lewis Bell back on the score sheet.

“Covid has knocked the hell out of Lewis but it’s good to see him back involved and amongst the goals again,” he said. “He’s still not right, he’s struggled in training to get his fitness levels back and it really has affected him.

“We got him through the majority of the game on Saturday and he looked more himself. It’s a slow process but he’s a quality player when he’s on form.

“The rest of the lads are also back into the swing of things after our break due to Covid. We’re controlling most of the games we’re playing, which is good to see, and they’re a really good group to work with. I’ve probably said it before but as people they’re probably one of the best groups I’ve had.

“The back five deserve special praise from Saturday, they were tremendous and four of them are first years. I’m looking at that and thinking next year we should be really strong in that area. All of the first years have done really well this year, they’ve grown into it and it’s been a hard year for them.

“We started late and we haven’t really had anywhere to train for a couple of months because of the weather and having to be separate from the first team. It’s been hard for them but it doesn’t seem to have affected them, they’ve handled it really well so they’re growing up as people as well.”

With two more away games to come, at Salford and Bolton, there’s still more miles to cover as the squad looks to finish the season in style.

“We’re on a run of away games and we go to Salford on Saturday,” he commented. “They seem to be a bit of a bogey side for us in the league, we beat them in the cup last season but they did the double over us in the league last year and they beat us at home earlier this season.

“That was one of the games where we were really poor, we were losing 3-0 and got it back to 3-2, we could have equalised in the last minute but we didn’t deserve anything from that game.

“It would be nice to go there and put a performance on. We’re away again the week after at Bolton, but after that we’ve got four home games and two away games to finish the season.”

And on the recruitment situation for next season, he told us: “The recruitment for next year is already complete which we’ll talk about more in a few weeks.

“I’m going to have a meeting with David [Holdsworth] and Chris [Beech] to decide on a date for the decisions on second years.

“We usually wait until they’re coming towards the end of their education but that might be a little bit later this year, so we’ll have to look at when is the best time.”