Striker Ozzy Zanzala made sure he was in the right place at the right time on Tuesday with a bullet of a shot that opened his tally for the Cumbrians in dramatic fashion. 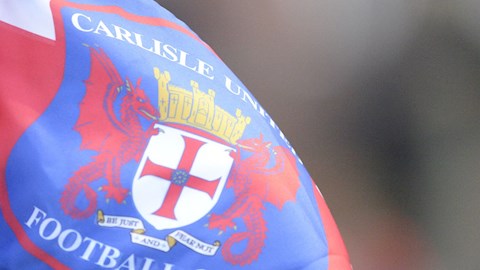 As for any forward, finding the back of the net breeds its own kind of confidence, ans there’s no doubt he’ll be raring to go again come 3pm on Saturday afternoon.

“His goal was a boost for the team and for him on a personal level,” Chris Beech told us. “He’s shown bits, but it is very difficult coming to a new team, so I’m sure he’ll feel a lot better after getting the goal.

“He’s a great personality and I’m hopeful he can turn one into a lot more. I think it’s vital if he wants his goal tally to be prominent at Carlisle, if he gets opportunities that he takes them, because it makes the team better.

“He is physical, and he does accommodate centre-halves, they don’t get an easy ride when they mark him. What we need to do is maximise his style and his traits, to coincide with ours and to get the standards we all want to work to back up to where we want them to be.” 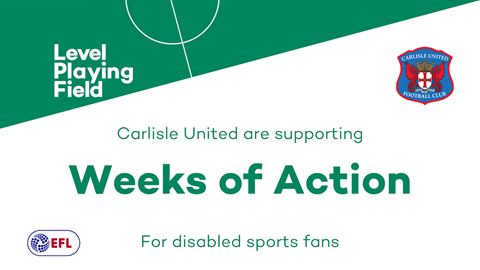 “Getting the best out of a player like Ozzy comes by getting the ball in the box and around his feet,” he added. “He makes good runs, driving and sliding the ball into space for him to chase.

“There is a lot more to come from him. In the first 11v11 game he played in he scored a hat-trick in 45 minutes and looked very sharp. He started against Exeter and helped us achieve three points on that occasion, and he’s been patient waiting for other opportunities.

“He can link, but ultimately he has to step on and show us that he can help the team to compete for longer and longer periods. The other day the substitutes added value to us, that’s all part and parcel of being a squad and a team, and to go right to the end is commendable.

“It’s something you should do anyway, but you’ll see in sport it often isn’t. But I’m very positive and very connected to those traits, because a lot of teams win a lot of things in the last five minutes of games.

“I asked the players to show the attributes we talk about and they did on Tuesday. I think it would have been easy to fold, but we didn’t, which I’m happy about. We want to build on things and we want to build on what we’ve done this season, and it’s now time to do it.

“We’ve been performing but if you don’t get the points people don’t think about performances. We need to move forwards and I believe that the character the lads showed on Tuesday, with more skill and forward passes, will mean we get back to where we were.

“We were leading the way not just in terms of points but in a lot of other stats, so we need to make sure we get back to those standards.”