Attacking midfielder Brennan Dickenson is now well and truly back up and running with Saturday’s game at Stevenage set to be his twelfth appearance [if selected] of a season that must have felt it was almost over before it began when he limped off the pitch in the first half of a pre-season friendly at the Stadium of Light in August. 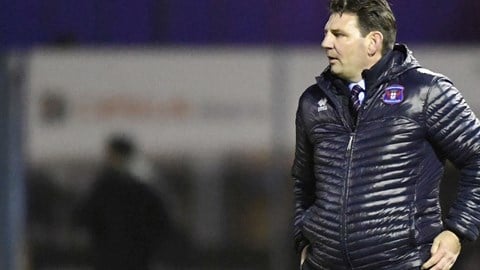 MANAGER: We're in the deep end

The nightmare scenario continued to unfold as the diagnosis of a difficult hamstring problem was exacerbated by the confirmation that it would need an operation, and lengthy lay-off period followed which kept him out of the reckoning for the rest of 2020, before he was finally able to make his debut in January’s 2-0 away win at Walsall.

We caught up with Bren earlier this week to find out what it’s like to have something like that happen when he’d literally just walked through the door at his new club.

“It hasn’t been the greatest of seasons, with missing the first half of it with that injury, but I’m back now and playing,” he said. “I feel good, and fitness-wise I feel I’m getting to where I need to be.

“Getting fit again was always going to be difficult with the Covid situation and getting reserve games called off – the plan is to get fit through reserve games not first team games.

“The manager’s been very good with that, playing me 10-15 minutes and slowly building into starts, and I’ve now been able to play three full games on the trot.

“It’s been a difficult one and a rollercoaster but I’m happy to be back playing now and hopefully performances can pick up a bit more on a personal level. Hopefully I can get some goals cos you guys want to use that goal gif we did!”

Looking back to the end of August when the injury incident occurred, he told us: “You know your own body better than anybody else and when you feel something, you just know.

“I felt something pop and I felt angry more than anything, because I came to Carlisle and it had felt like a fresh start. Being so far away as well, I moved up with my fiancée, bought a house, we committed to here, and it was the frustration that I’d been injured that took over more than anything.

“It wasn’t the fact I was injured, it was the fact I’d come here for a fresh start and to prove to everyone that I am a good player and can do it. Then when that happens, it’s an immediate setback and negative. It was quite difficult to get over that because of how frustrated it made me feel.”

“It’s always hard being injured and watching the lads anyway,” he added. “It was just worse for me because it’s my new club and I want to be making an impact, not sat in a gym on my own.

“Being selfish, it’s difficult to watch when the results and performances are flying in as well, because you just want to be doing your bit even more. When you’re at home on iFollow it’s even harder because you’re watching it on an iPad rather than being there.

“I’m out the other side of it now and back playing, so hopefully I can find that form. But it goes without saying that everyone has good days and bad days when they’re dealing with something like that.

“I have good days and bad days for many reasons. Injuries, personal things, I think everyone’s allowed to have that good time and bad time. No-one should be ashamed to have bad days or speak up about it.

“As long as you come out the other side of those bad days, that’s the positive you need to take out of it. With regards to the first few months, I got my head around it in a few days, I had a long injury before with my knee, so I knew what I was getting myself into with regards to recovery and fitness.

“There are some long days, running, treatment with Ross [Goodwin], and we had a plan very quickly. In the early stages Ross was great, he knew when to work me and when I needed to get home, if I could and if the pandemic rules allowed it at that point.

“It seems so long ago now. It was tough but good to get back and see the family when I could, so that helped. The lads were great as well during my time being injured. It was made easier by everyone around me being so positive.” 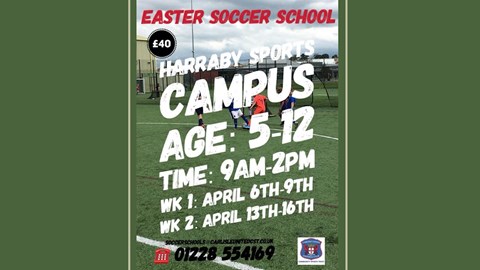 Each weekly injury update seemed to bring an increasing level of anticipation as a return to action edged closer and closer, with gaffer Chris Beech constantly singing the praises of his sidelined wide man.

“Chris was excellent all the way through,” he confirmed. “When your manager is saying good things it boosts your confidence, that’s the same for everybody.

“When you hear and read his comments, and I know he still thinks I’m not at my peak yet, it gives you a lift. Deep down I know I’ve got more to give, so hopefully I can do that.

“The sooner it comes the better it will be for me and hopefully the team. I’m working on it, and I feel I’m almost at the pinnacle of fitness, and once that’s there I know I can put in the level of performance people want from me.”

So what has it been like to get back out there, where it matters most?

“I am feeling good in terms of where I am with my body and inside my head,” he said. “I know I can improve, there’s more to come, and there’s always room to be giving more.

“I want to be the best me that I can be, so we have to work on that every single day. I’ll be honest, I was feeling fine in training, but nothing compares to doing it in a game.

“You do your first sprint and your legs feel heavy, your breathing’s all over the place, but you get your second wind and you just have to find your comfort zone in that 10-15 minutes in that game, when a manager puts you on.

“Once you get through that initial stage you feel good, and now I’ve played a number of games I’m just ready for more. I think the balancing act between doing too much and not doing enough has been well managed, and it means I can really step it up through the coming weeks and months.”

And his versatility has already been on show, with him being used in a number of roles, from left back all the way up to leading the line.

“I feel like I’ve settled in quite well,” he confirmed. “The manager’s used me in different positions so when you play in a different role you have to get used to it again.

“Away from the club I’ve moved up here, which helps a lot. We know it’s quite a distance for me to get home, but if I want the career I want I have to commit to certain areas, and I was happy to do that.

“Me and my fiancée have bought a house up here, that’s a positive for us, buying our first house. Not much exploring’s been done yet because of Covid and the weather’s been quite bad, we haven’t had much chance to get out, but the sun’s coming.

“Hopefully in the summer we can get out, and with the rules dropping down we can get some family up and they can come and experience the house and the area. It’s been good. We’d have liked it to have been better with family up here, but that’s the things we have to deal with in the time that we’re in this type of job.”

The second part of this interview will be on the official website on Saturday morning.