United’s first team squad were faced with the usual 'first few days back' programme of running - mixed with a healthy amount of football work - as they came together at Brunton Park following their summer break. 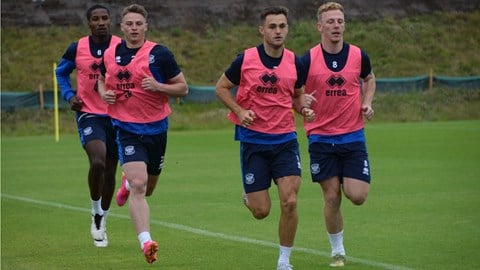 We spoke to manager Chris Beech ahead of the Saturday morning session about how good it feels to be on the training pitch once again.

“I’m just so energised and happy to be back,” he said. “It’s good to see the lads, obviously I’ve stayed in contact with them during the summer, but it’s not the same until you’re actually back on the grass. We had a good day yesterday [Friday] and it’ll be another good day today [Saturday].”

But did the period between the last game against Walsall and his first day back in the building last week present him with the opportunity to flick the off switch at all?

“Football is always intense from a manager’s perspective,” he commented. “It’s just the industry you work in. The players had their out-of-season programmes, which they adhered to, which is good.

“We’ve signed three lads and we’re still looking for one or two more, but we can see that they’re all back at it already and they’re really excited.

“There’s a lot of work still to do over the next few weeks, the season doesn’t start tomorrow and it’s important that we get ready for that for when it does.

“It’s important that we train with intensity at the right moments. We build into the six-week programme which gets us ready for the first game of the season, which is obviously at home. That’s something we’re all pleased about.” 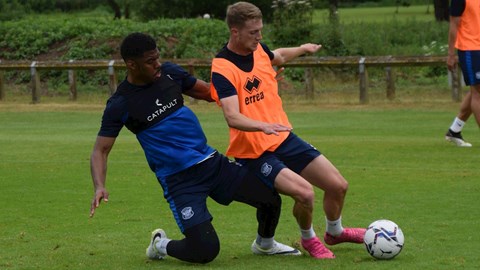 On having a good number of players from last season as the foundation for the next campaign, he told us: “The core of the group stayed, and we offered contracts for the right reasons out to the players who have now left.

“We wanted them to stay, of course we did, and they were competitive contracts as well. They’ve moved on so you grow again in a different way, with a slightly different group.

“But the main part of the group is still together, so you branch off from that point and try to make it better, of course you do.”

“It’s about getting a group that does things the right way,” he concluded. “I want us to represent a high energy style of play all the time.

“I want us to never take any day for granted, which I never do. Whenever we represent Carlisle United I want us all to do the right things, not just with how we go about our jobs out on the pitch but in how we represent the football club in general.”

We’ll have more from manager Chris Beech on the official website on Monday morning where he talks more about more about recruitment.