Striker Tristan Abrahams became United’s first summer signing on Monday afternoon when he put pen-to-paper on a two-year deal, following what turned out to be extremely positive initial talks with manager Chris Beech.

The 22-year-old met the local press shortly after completing the formalities yesterday, and he admitted that it was a move that ‘felt right’ having taken just a few days to come to a final decision.

“I’m buzzing to be here,” he confirmed. “I’m really happy to get it done early doors and be able to relax and look forward to the new season.

“It’s one where I found out about the interest about a week ago. Once I spoke to the gaffer I was completely sold, I just wanted to get it done as soon as possible.

“He’s told me that he likes player who work for the team and he wants me to have the freedom to know I can use my attributes of being quick, powerful and strong to help me to try to score as many goals as possible.

“The conversations with the gaffer were just so positive. He’s someone I feel believes in me and that’s something I felt I needed. I’m determined to use this as a platform and hopefully get as many games as possible, and repay the faith he’s putting in me.

“I’m the type of person who wants people to believe in me and give me an opportunity to play games. When that’s there I believe in myself that I can repay that faith and do big things at the club.

“When the gaffer spoke about how the team plays, and from playing against Carlisle in the past, especially last season, I could see that there’s a lot of freedom and energy and there’s a lot of pressing the ball.

“I really do feel like it’s going to be perfect for me because I’m somebody who always works hard. I know that I’m going to fit in with what he’s looking to do. I can’t wait to get going.” 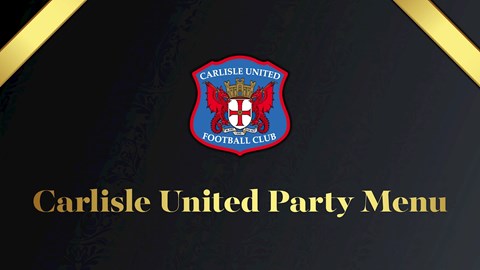 As for what we can expect to see, he commented: “I just want to be playing football, so the new season can’t come quick enough.

“I’m a player that works hard because I always think that I first have to earn the right before I go on to play in the way I know I can.

“I’m very fast and powerful and I have an eye for goal. I always want to score as many goals as I can. In terms of positions I do prefer to play down the middle, because I feel that’s where I play my best football.

“To be honest, with the way the gaffer has talked about how we play I’ll play anywhere. He spoke so much about how he wants players to have freedom within the job we have we have to do as a team, and that he wants us to do the right things within the system we go with.

“I think the role I can play here is to be a main striker. I know I can bring a lot to this team and to the style of play the gaffer wants.

“I’m confident in my own abilities, I’ve had a few loans, and I feel I’ve played enough in the game to know what I’m good at and what I’m not. I want to use this as a platform to showcase what I can do on a regular basis and really make my mark.” 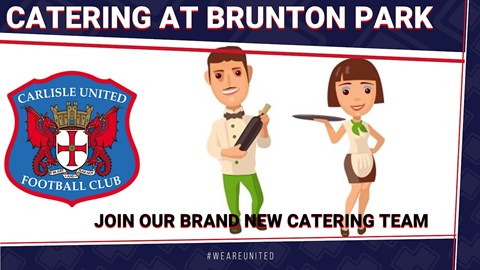 With the speed of the decision he made ruling out talks with other clubs, he also revealed that the Cumbrians had very quickly become his first choice, despite other offers having been placed on the table.

“I spoke to a few different clubs, but once I’d spoken to the gaffer it was the easiest decision,” he said. “After seeing and playing against the side for a few years, and seeing how well they did last season, knowing how this season can go and the plans for the club, it was an easy decision once I’d met the gaffer.

“And like I say, getting two years is something I’m thrilled with. It means I have a lot of time with this club and I can’t wait to make this my new home. At the age I am, I’m 22 now and time waits for no-one.

“I’m at a point where I need to get some regular football in and get a good couple of seasons under my belt. I’m ready to kick on now. When I get a run of games I set out to score goals, and I hope to do that here with Carlisle United as well.”

Having admitted that he’s chomping at the bit, we wondered if he’d taken any time at all to relax following what had been a very strange year.

“I had about a week where I felt like it was nice that the season was over, but now I’m itching to get back and going again,” he said. “Getting this deal done makes it even more a case of me wanting to get on with it.

“The good thing at the moment is that we have the Euros to watch. The level of player on show there is excellent. The standard of football, you watch and enjoy, and from a footballing point of view you look at what you can take from the games.

“When you see a lovely bit of skill or a great finish, it’s something you always want to add to your game, it’s like that child inside you.

“But I’m really a player that just wants to be playing. Summer’s a bit too long for me, I just want to get back into the regular routine of football, especially now I’ve signed at a new club, I can’t wait to get started.

“Meeting the lads is the first bit. I’ve played against a lot of them over the years and it’s a privilege now to be part of the team. I’m looking forward to meeting everybody – but not so much to the running.

“It’s one of those things with football where you have to do all of that so you know you’re ready. Hopefully it goes quickly as we get into the games.

“I do have targets. Personally it’s to score as many goals as I can, and with the team, it’s just to finish as high up the table as we can.”

We’ll be talking to Tristan on the official website tomorrow about how location isn’t a factor, and about his journey from Leyton Orient to Brunton Park via some very good clubs.

Click HERE to watch an interview with Tristan Abrahams on iFollow United now.