Carlisle United are delighted to confirm that an agreement has been reached with defender Corey Whelan (effective from 1 July) which keeps him at Brunton Park until the summer of 2023. 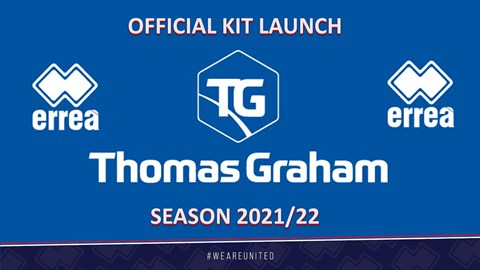 KIT LAUNCH: Exciting weekend ahead for the Blues Store

Whelan, 23, was in the Crewe academy system as a young boy but was snapped up by Liverpool at when he was still just nine-years-old.

The Republic of Ireland U17 and U21 international went on to become a regular in the U23 side with the Reds, where he often wore the captain’s armband.

He enjoyed loan spells with Yeovil and Crewe, gaining good league experience, before making the move to the USL in the summer of 2019.

A return from America two-years later saw him sign for Wigan where he helped the club to avoid the drop, despite them going into administration.

Manager Chris Beech said: “Corey is another good signing for us. He came through at Liverpool and has that adaptable technical pedigree to play anywhere across the back four, or as a defensive midfielder.

“He’s a great age, a good size, and as a player he has the competitive temperament to defend and dominate the ball. He fits well into what we want to achieve and provides plenty of selection and formation options for us moving forward.”

“He’s had great loan experience playing for Yeovil and Crewe in League Two, and then again last season for Wigan in League One when he came back from playing in America,” he added. “He was at Liverpool for a long time and they speak really highly of him.

“Corey is another that I met with face-to-face and was instantly impressed with his attitude and approach.

“He’s an ambitious lad and he wants to do with us what some of our other players in a similar situation did last season - develop his game and be part of our progressive journey.

“It’s great to have him here and he’s another for us to get behind when he’s out on the pitch.”

This deal remains subject to the clearance of all paperwork.