Under-18 boss Mark Birch gave us his reaction to what was another entertaining game following his team’s 2-1 away victory against Carlisle City on Wednesday night. 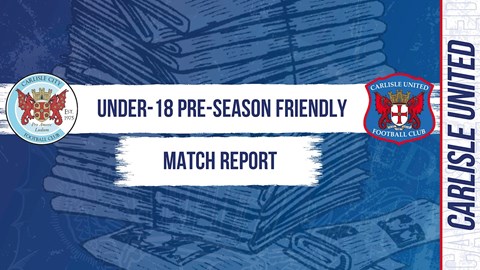 YOUTH: Result from the midweek friendly

“I think when you come to places like this it gives the lads a different challenge,” he said. “It’s competitive and it’s fast and furious. They’re always in your faces and you’ve got to make sure you compete at set pieces because they just hang balls up for the big men to attack.

“It’s a different challenge to what they’re used to in youth football, and I thought they stood up to it well.

“That’s important because we want them to build up resilience, not just in terms of the physical side of things but in terms of managing the game as well, so it’s pleasing to end up winning.

“We passed the ball well and moved them around, and we managed to get in behind them. We were in control of the game when we scored but they equalised, and that’s another test.

“It was good to see us carry on doing what we ask of them. We pressed them high and Nic Bollado took his opportunity for the winning goal well.” 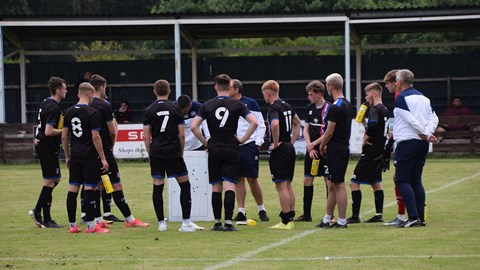 GALLERY: Images from the youth friendly at Gillford Park

On the quality of the goals scored by Carr and Bollado, he added: “Both goals were pleasing and they were scored by first years who have come in and settled really quickly.

“All of the lads have done well in the first few weeks, it’s only pre-season and all we’re looking for at this stage is improvement in every game to make sure we get the outcomes we want.

“We’ve had two draws and a win in pre-season so far which will start to breed confidence into the lads. Results aren’t everything at this stage, but confidence creates a good atmosphere which they all seem to be enjoying.”

And credit went to the hosts who made it a real contest on the night.

“I thought Carlisle City played well,” he agreed. “They approached the game in the right manner, and they didn’t try and kick us off the park by any means.

“They’re a good side and they try to play football, but they put in some good strong challenges on the lads which we don’t normally get, which is exactly what we wanted out of this game. 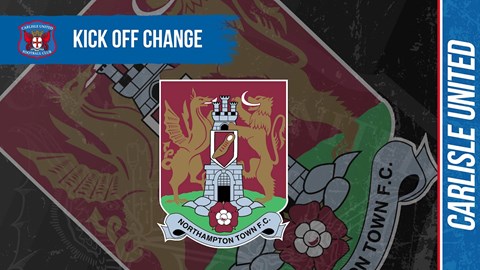 “We’ve got another three tough games coming up now after a bit of a break this weekend where some of the lads will go to either Hebburn or Workington with the first team.

“We’ll speak to the gaffer and Gav and see who they want to go where. It’s all about them grasping their opportunity then seeing how long they can stay in and around that environment.”

As well as Gabe Breeze, Sam Fishburn and Scott Simons, Jack Ellis and Max Kilsby have also been getting some good exposure with the senior players, both in training and out on the pitch.

“Under-18 football is still classed as development football, so that’s what we want to see,” he told us. “We want to lose players to the first team because they’ve been given that opportunity.

“They get challenged with the senior players and it will give them a taste of it and hopefully make them hungry for more. When we went to Sunderland on Saturday we had five lads who stayed with the first team, which meant we were able to give three under-16s a chance, and we love to see that.”

At the other end of the scale at Gillford Park was a player who rolled back the years as he put in a more than solid 45 minutes – 40-year-old assistant head coach Gav Skelton.

“Gav played the second half for us just to help us out with numbers, but he was doing some things tonight that I didn’t even know he was capable of!” he joked. “I’ve played with him for years but he was showing moves I’ve never seen before.

“It’ll have been good for the lads to have seen how he does things. We’ve had three games now so we can take a bit of a step back and assess where we are before we go to Blackburn next Friday.

“It will give us a chance to fix a few of the injured lads who can get a bit of a rest and we’ll hopefully have everybody available to go to that game.”