United kick off the new year at the Bescot Stadium with manager Chris Beech expecting another tough game against a team which will be looking to kick on from their current mid-table position. 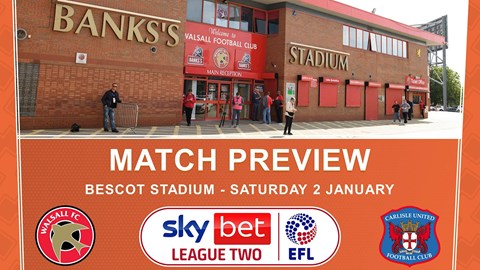 “They’ve got outstanding individuals that did ever so well last season,” he said. “Strikers, wingers, they’ve got a couple of lads who I’ve worked with as a coach, and they’ve got a great honesty among their group.

“That’s something Darrell’s always prided himself on his team representing. He stated the other day they’re well capable of beating anybody in the league, as they are of losing to anybody. On their day we know they’re very good.

“They whacked Tranmere on the first day Tranmere had fans at home, they’re capable of doing something like that quite easily on their day. We have to be aware of their strengths, we’ve got to see what we’ve got available to maximise our chances to go against them. 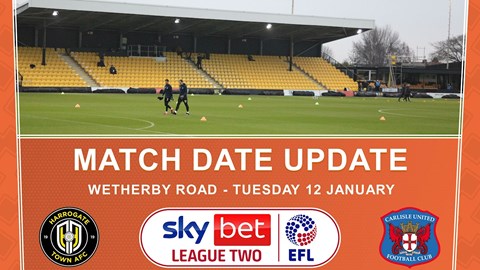 “At the moment it’s a bit thin in terms of bodies on the training pitch, but we’ll look to find a way.”

“The other day was a bit of a strange circumstance but in hindsight it’s a little bit of a rest too,” he continued. “If anything it’s probably come at a good time for us to get prepared to play a very good team.

“I know the manager, I know Marcus Stewart’s not there any more, I’m still very good friends with him, I know in their time there they built up a good, honest team that gave 100 per cent.

“We have to be prepared for a very energised Walsall team, especially when they’re playing at home.”