With a steady transfer window now drawing to a close [11pm on Monday night] we spoke to manager Chris Beech to find out if any more activity is likely, or whether he’s happy with the squad he’s pulled together to see us through the 25 remaining fixtures of the season. 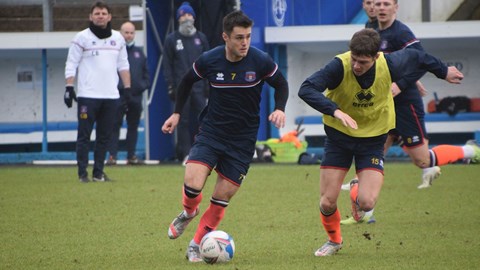 “Not really, I think the last time we spoke we did get a couple of lads in after that,” he said. “As time progresses towards the end of the window I’d probably say not.

“Having said that, and in these current times, I don’t know. We may have another outbreak or situations where we have to act, but I’m hopeful that won’t be the case.”

And when asked if there was a possibility of anyone heading out the other way, particularly with the team having done so well prior to the enforced break, he told us: “You just don’t know how things will go.

“There’s agitation as well, because it’s going to be very competitive to actually get changed and represent this club with us having so many good options. The aim back in the summer was to have two competitive players for each position, and also have a squad that was adaptable and able to deal with discrepancies.

“If you hit a bit of bad luck you may have all of your attackers out, which was what happened to us at the start of the season, and we actually struggled to put out a front three at one point.

“I think Joe Riley played right wing, Lewi Alessandra filled a few roles, Gime came to the fore from non-league, and he took his opportunity really well as he put his marker down.

“To be fair to him he was probably our most effective attacker at that point, but when bad luck comes in, it comes in, and you’ve just got to deal with it. You need to be adaptable and ready, and that’s what we are.” 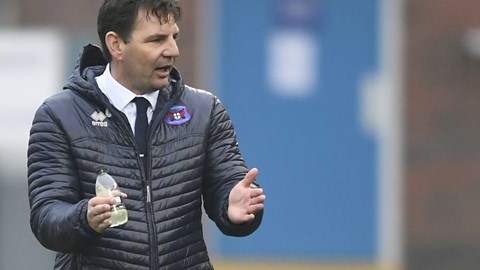 “From my perspective it’s been great that we’ve been getting loads of accolades, including yourselves [local media] putting out the positive stats and things like that, highlighting things like we’ve had the most shots taken and the least conceded.

“The way the players have worked to make that happen has got people talking, and we’ve even had Quest calling it Beech ball. It’s been amazing but, at the same time, it’s just football and we haven’t actually achieved anything yet.

“That means we have to represent our traits 25 more times, and let’s see what that means for us. Yes there’s been interest in us, of course there has, because we’ve turned things upside down within 12-months and that will always be noticed.

“If something did happen it would need to be right and at the right time for that player, and that includes our loan players.

“But with how things have gone, everybody wants to play their part, as we spoke about with JJ [Kayode] yesterday. Everybody should be getting praised because there’s a lot of hard work being done.

“That includes the board, the staff, anyone who is invested in this club in any way. David [Holdsworth] is a very tough taskmaster in terms of negotiation and I think he’s protected the financial interests of the football club really well.

“He’s reduced massive costs that were inherited, and he makes my job harder in trying to recruit somebody when I’m speaking to him about the finance for it, but that’s what happens in a family when you’re trying to achieve something and you have to get to a point where you agree.

“That means you look to recruit people with those same values, and we have people here now who are playing on contracts a lot less than previous, but who are doing far much more and they should be respected for that.”