Cumbrian-born midfielder Taylor Charters made his first league start for the club he’s supported from the age of eight on Saturday afternoon with what turned out to be a man-of-the-match display in the 2-0 victory over Walsall. 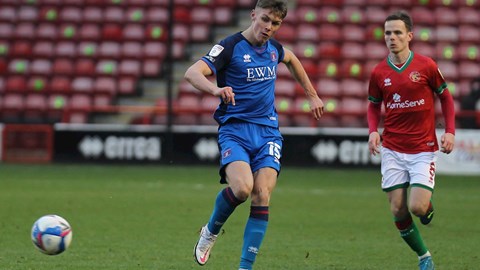 MANAGER: It's about constantly learning

An assist, a number of shots (one of which was cleared off the line) and pats on the back all round from his manager and teammates meant he was sat on the team bus with a Garfield-style grin as he read the increasing number of messages of congratulations that headed his way, both from supporters and family alike, as he made his way back up the snow-covered M6 motorway.

Speaking about the game this week, he said: “I’ve worked really hard since I made my debut off the bench just over a year ago.

“It was very rewarding to get my first start in the league and I think I played alright – it made it an overall enjoyable day.

“It’s a great feeling to know the fans are behind you, it gives you great confidence and hopefully I can kick on and try and stay in the team as much as I possibly can.”

“I was very nervous leading up to the game, and in the first couple of minutes, but as soon as I got my first few passes off I settled down and grew in confidence as the game went on.

“I felt like I had loads of energy but that was the most important thing for me to do – get a few early touches to get me settled into the game and I knew it would help me perform better for the whole 90 minutes.”

Typically humble, we challenged him as to why he felt it was only an ‘alright’ performance.

“I think I should have scored, so that’s why it was only an ok performance,” he explained. “I think I left my shooting boots at home on Saturday, but I’ll try and bring them for the next game.

“The most important thing is that I was getting in good areas. The gaffer always tells us that if you don’t get in the areas you’re not going to score. If I keep doing that I know I’ll definitely put one in the back of the net soon.”

But if you don’t get on the scoresheet, the next best thing is to weigh in with an assist.

“I could have shot but I heard Omari shouting ‘one more’, and I saw their right back covering over a bit too far, so I knew Marzi was in a little bit of space,” he explained. “I flicked it onto him and when he’s in those positions he doesn’t miss.

“It’s a great feeling to play a part in something like that, especially when you’ve been watching from the bench or sitting in the stands. When you see the lads doing well and you get in the team you don’t want to let them down, so I’m just pleased I helped them get three points.”

The direct assist was only the half of it, with a pass that seemed to take forever to reach Joe Riley before he put it on a plate for Josh Kayode to double the lead.

“I suppose it was quite lucky, to be fair,” he admitted. “I thought he was going to cut it out and I was ready to press to try and win the ball back, but I think if I put a bit more pace on it the defender wouldn’t have come out to try and intercept.

“Ultimately that’s what gave Joe the time to pick out his pass for JJ’s finish.” 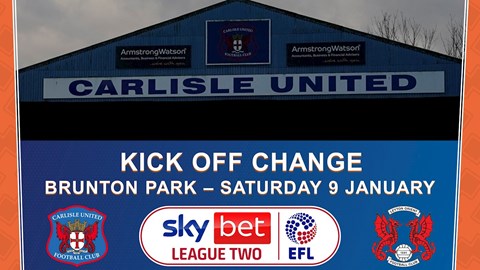 And then there was his second half effort which was cleared off the line.

“When I took the shot I thought it was an open goal,” he revealed. “I didn’t realise the defender was there, I thought if I get this on target it’s in. Then when I saw him block it and I was absolutely gutted.

“It would have been a great way to round things off. But overall it was just a great feeling to be involved. I think I’ve worked hard for it and sometimes been disappointed not to get my opportunity a bit earlier, but when he gave me the chance I just thought right, I’ve got to take this now.

“I know the gaffer was joking when he asked if I felt ready, but I was deadly serious when I answered because I want to play. I had a chance at Sunderland and that was a big learning curve, because it didn’t go my way.

“The best way to learn is when you’re on the pitch. I think I’m developing all the time and the coaching staff here are brilliant. The most important thing to them is working hard in training. The gaffer and Gav and people throughout the club are always talking about hard work.”

Having been patient all season, we wondered if he was surprised when he got the nod ahead of match day.

“Well, around November and December there were times when I was left out of the squad, and that was frustrating,” he told us. “That made me more determined to work harder.

“I wasn’t too surprised when I was told because I know I’ve been putting the effort in. We had a few injuries in my position at the weekend so it was whether or not the manager was going to give me the nod.

“I had an ok game at Rochdale in the reserves but it was pleasing to know that the confidence in me being able to do it was there. It’s then down to making the most of the opportunity you’ve been given.

“This was an important occasion for me but I knew I couldn’t overthink it too much. If you do that you can suffer from nerves so I tried to stay calm and focus on how I’d play the game and how I could help the team.

“The lads all helped me as well. They’re just a brilliant group who demand a lot, but explain at the same time. They’re all supportive and there’s nobody who tries to put you down.

“If they think you’re feeling low they pick you up and get you going again. Sometimes you just have to watch what they’re doing to learn from them and, to be fair, on Saturday, Callum Guy was talking to me all the time. It made it really easy to play beside him.” 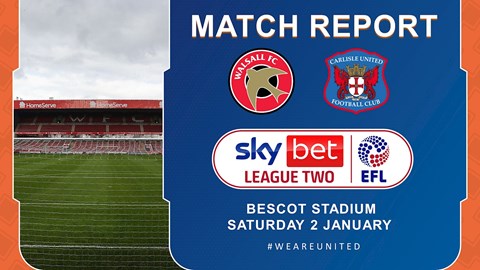 A big theme of the social media reaction to another local lad making his first league start was, understandably, excitement tinged with pride as the fans rushed to their keyboards to give him their best wishes.

“My phone was on fire,” he said.” It just gives you great confidence knowing they’re behind you and I know that can help me kick on and become even better.

“There’s a lot of competition in the squad, which is healthy, because it makes you push on and you know that whoever is in the team they’ll be ready to play.

“The gaffer’s training sessions are very intense and hard, but that means we’re improving every single day. If we ever slack off he lets us know about it, so that never happens.

“He keeps you on your toes and he has a way he wants us to play. He’s continually drilling that into us, and we’re all enjoying it.

“Playing for the club I’ve supported is a great honour. I’ve been a fan myself since I was a kid. I used to go in the Warwick with my mates every Saturday from when I was 13 or 14 so it’s a great feeling to be playing for them now.

“This was a very proud moment for me and my family. I think a few of my family were quite nervous but they were very proud and pleased with how I played at the end of the day.

“I’d told them I was playing but also told them to keep it to themselves until the team was announced. I think they were more proud than when I got my contract, because they know there’s been a lot of hard work to get to this point.

“The gaffer texted me on Sunday morning saying his dad had said to him he didn’t consider him a professional footballer until he’d made 50 starting appearances. He said well done, 49 more to go!”