Carlisle United can confirm that striker Cedwyn Scott has completed a successful trial period and will join the Blues on a short-term deal which keeps him at Brunton Park until the end of the current season.

The 22-year-old teamed up with United at the beginning of December having ended a recent trial spell with Newcastle United.

He caught the eye as he potted 21 goals in a blistering start to the season with Hebburn Town and, having featured in a series of under-23 games for the Magpies, became the subject of interest for a number of EFL clubs.

Scott started his career at Huddersfield Town before a spell in Scotland with Dundee, which included loan spells at Berwick and Forfar.

He then returned to England with Dunston UTS before joining Hebburn in the Northern League in January last year.

Manager Chris Beech said: “Honesty, hard work, determination, effort and endeavour - that’s Cedwyn. He’s been with us for just over a month now, he’s played in a reserve game against Rochdale, done well and scored a couple of goals.

“Ideally I wanted to see him in another game, and both Ced and Hebburn Town agreed to do that, but I’ve seen enough in training to want to give him an opportunity. He’s done very well, he works tirelessly and he’s hungry to be a success.

“It’s important to give some kudos to the guys at Hebburn Town too because they were supportive of helping him kick on. Sometimes that doesn’t happen, but they’ve been great.”

“Ced offers us something we don’t have,” he continued. “He enjoys working in the box, likes to be physical with the oppositions defenders and has an eye to score goals.

“There are areas to his game to improve, of course there are, myself and Gav will help to bring him on and full-time training in our environment will do him the world of good, as I’ve already seen.

“As a relatively local lad to Carlisle, he’s integrated really well, he’s formed relationships with the lads in a short space of time and, in return, they’ve invested in him from a footballing perspective. He’s got their trust and support, it’s another of those important dynamics.

“Occasionally you get a fairy tale scenario like a Jamie Vardy plucked out of non-league, signs for Fleetwood, who were actually in the Conference themselves at the time, 30 or so goals later and a promotion to the Football League and he’s moved on to winning the Premier League and scoring for England.

“Anything is possible in football, Ced’s got himself an opportunity with us, the rest is down to him, fate, fortune and a little luck - I’m pleased he’s here.” 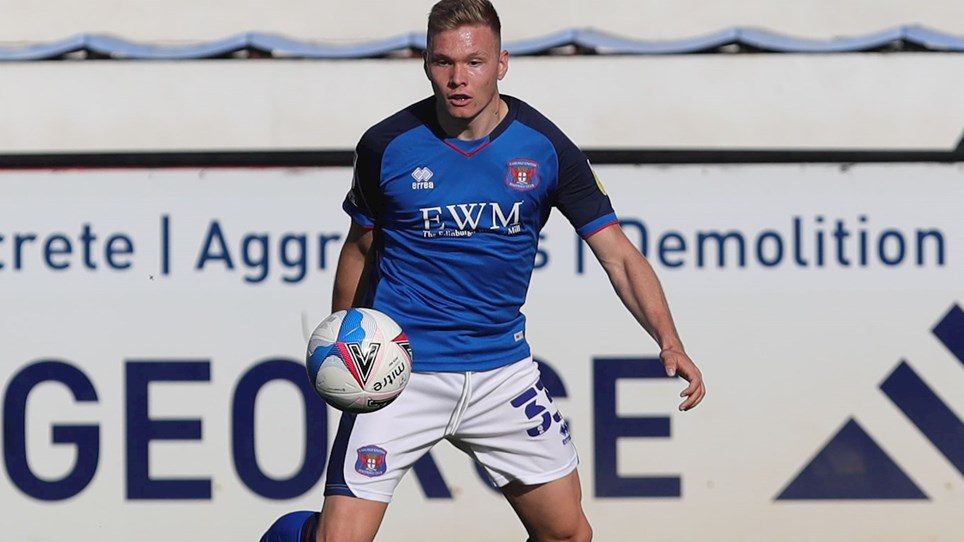