United boss Chris Beech gave us his reaction to the Oldham defeat immediately after full time on Saturday afternoon. 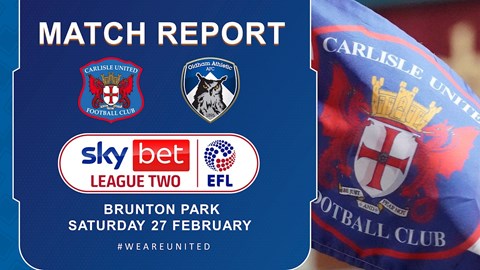 Having seen his team get ahead and push the pace in the first half, he said: “We were strong, scored a good goal and should have scored more goals.

“The players were talking at half time about the fact we were winning but we’ve not even started getting to the levels we can. But that’s the third game we’ve been leading, and we’ve got to be more ruthless, more aggressive, to make sure we get what we need and want.

“The players play that well, they deserve to be up in games, beating Salford, Tranmere and Oldham. You can’t question that. But within that winning, the control to that, we need to emit more control.

“It’s not really the football, it’s more to do with decisions within that. We end up playing two or three-yard passes in our own half in the second half, and they turn over and become simply Oldham’s corner or something that gains then some energy, when you can actually take the energy off them just by keeping doing what we were doing.

“Then your individual mistakes come in after that point when players wobble. It’s hard for me to talk about it because I’m frustrated, we’ve gone against three very good teams and been leading in all three games, but we have one point to show for it.” 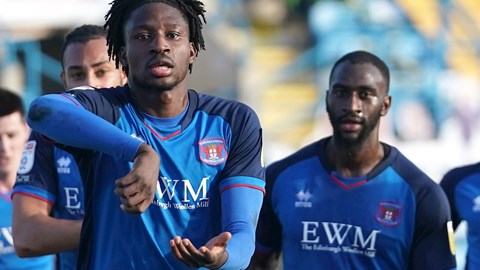 Having gone into the break looking like the dominant team, he added: “We were, and we spoke about stepping up another level. It’s not a penalty, but we’ve got to stop the cross coming in.

“If the defender heads the ball and it hits his own arm, it’s not a penalty. And Carl [Boyeson] looked at it for five minutes and then decided to give one. It’s not a penalty. But once that’s happened it shouldn’t change the next things.

“Having said that, we know goals change games and that then changes body language and attitude. But we’d already started to do the little things in error before that. It didn’t mean Oldham were on top of us, because they weren’t.

“But I do know we have to be more aggressive to stop crosses, get tighter to players in and around shooting zones, and we definitely have to mark players more strongly on a set play.

“If those three things happen, we don’t concede a goal, no matter how well or bad we’ve played. We’re in a position of strength, playing well, and we should be more ruthless to score. But if you do those things I’ve talked about, you don’t concede goals.

“With their goal from the corner, he’s an aggressive centre half, came on wanting to win the header. But I consider Aaron, Rhys, Rod to be very, very good League Two centre-halves. They have to understand that we need to be aggressive.” 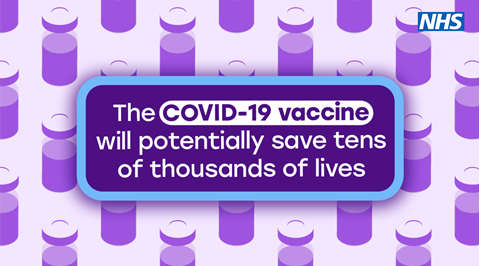 “If they do that it will just rubber stamp what we are and they’ll get what we want. I’m not anxious or nervous, everybody likes a well done and everybody likes a little bit of love. We live in a modern era where criticism almost can stretch to different areas in life.

“They’ll have to take a bit on the chin because I’m not happy, because we’ve gone against three opponents. The Harrogate one I’ll forgive. The horrific circumstances we’d been put in, I don’t think another club’s been put in that position, with the games off, Covid, etc. I’ll forgive that one.

“I’m very pleased we’ve come out strong against Salford, Tranmere and Oldham, but we have to be more ruthless when taking those leads and progressing our opportunities.

“It’s a game we didn’t kill off. You saw great craft in the first half of players taking people on, playing one-twos, I think it was in the team, I don’t know why it didn’t happen second half other than the fact we decided to not clear our lines, as simple as that.

“When it comes to subs, the only thing I can do is look at the opposition. They put a centre half on that’s been dropped, to play away, and he decides to help his team win a game.  We have to look at that, I think Brennan got a few ins on the left, he helped get behind them a little bit, put the ball across the box, but it wasn’t quite right.

“It’s easier to make changes when it’s no good. The results are no good. But the performance isn’t no good. There comes a point where sometimes even doing the right things you might need to make that change, and it might be now.

“I’ll just digest everything. I’ll think about Colchester’s strength, we’ve got 19 games left, I want to win a certain amount of them in my head. But you’re never going to get that amount unless you win the next one, and I will not panic.

“I said last week that support comes in many different facets. If you see players pulling out of tackles, lying on the floor, rolling around, not running hard, yeah, we’re going to get things wrong, but if I’d seen that I would say we’re suggestive of vital criticism, especially off me.

“But I’ve got to get the balance right between supporting, challenging and making sure we get back to where we want to be.”