The Blues head into action again tonight when they face Forest Green Rovers (kick off 6pm) and manager Chris Beech admitted that with competition for places well and truly alive and kicking, picking a starting eleven is not an easy task. 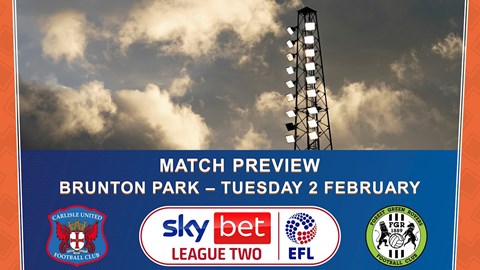 “We’ve spoken already about the attitude inside the dressing room and it’s pleasing, because it’s making my job harder in a good way,” he said.

“And also we have the other challenges and discrepancies which we have to deal with. I’ll be leaving some really good names out of the starting eleven providing we can get through this Covid testing system.

“The last four weeks have been horrendous, to be honest with you, and you just don’t know from one test to the next if you’re going to have your full group.

“You don’t know from behind the scenes who’s had the virus, who’s coughing, who’s not, who’s negative, who’s recovering - JJ was recovering from injury this week - all those different factors come into trying to choose a team.

“And, like I say, Covid is always in the back of your mind. I have a lot of respect for the manager of Exeter, he was saying touch wood they’ve not been infiltrated with it, but we have.

“Who knows, our youngest player’s still really struggling, he’s not coming into work and he was the first one to catch it.”

“But, when we have numbers, we have good options,” he added. “Another example is that Gime didn’t get any pitch time, but he could easily have played.

“There’s nothing detrimental about not being in this current Carlisle team. They’re playing with such energy and drive that people have to wait for their chance.

“With so many games still to play I have no doubt those chances will come. We have 24 more opportunities where we have to do our best to get results, and that’s what every member of our squad will set out to do.”

And Forest Green Rovers provide the first of those 24 opportunities tonight.

“The conditions down at their place just before Christmas were horrendous, but they got the goal and the points, so well done to them for that,” he commented.

“I have a huge amount of respect for Mark [Cooper] and how he’s doing things, and I know his team will be looking to get back to picking up results consistently.

“They had a tough game against Cheltenham on Saturday and they showed again that they’re a team who will work hard and try to get on the front foot.

“This is another chance for our lads to get more minutes on a great pitch and to represent the traits we keep talking about.

“It should be a good game and it’s another we’re looking forward to.”