Perhaps a few eyes were raised through pre-season when players were seen to be playing in unfamiliar positions but Tuesday night provided an excellent example of why that policy was adopted, with adaptability a key factor in the way the team approached the 90 minutes overall. 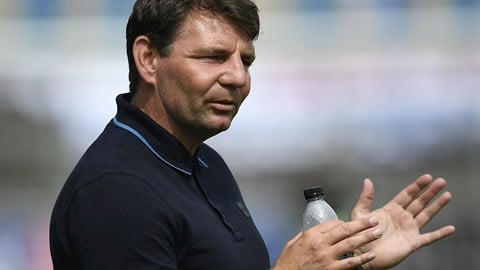 MANAGER: They'll be in good spirits

“I suppose if you look at the simple facts, the games we’ve played, we’ve currently only conceded two goals,” manager Chris Beech said. “That was one against Blackpool, who look like they’re taking the Championship by storm, and they scored a counter-attacking goal against us when we were trying to score from our corner.

“And Sheffield United, we kept them at bay. You talk about Billy Sharp and Rhian Brewster working together on a shot/rebound, and they’re the two goals we’ve conceded.

“We’ve been really adaptable within that, playing and locking down opponents so they can’t have the space, and we’ve also been very attacking and a little bit more possession based, which I’m glad about, because I do enjoy that.

“The balance between keeping the ball in your own half and trying to score, and turnovers, is something each coach and manager has fights with in their own mind, but I’ve been very pleased with where we are on it.

“We’re very good on turnovers, competitive with people, we need a bit more precision and composure. Everybody will probably be saying the same things, even if you’re speaking to top managers at top clubs.” 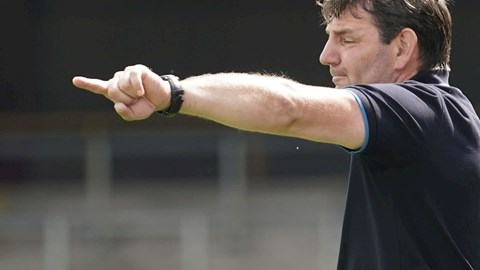 Looking back again to Tuesday night, it saw a number of players switch roles, with United moving from a holding pattern to becoming the side that carried the attacking threat.

“George Tanner, Jack Armer, and Joe Riley all moved around for us – that was Joe’s original position, two or three years ago, and you could see he knew what he was doing,” he explained. “They did it really well, and it was a good learning curve for Taylor Charters as well.

“The way of dealing with his challenge the other night is to read the pass, anticipate. I’ve had good words with him about relaxing on the ball, anticipating the play, reading your opponent before they do what they’re doing, and playing on your front foot.

“If he gets those three things he’ll grow into a very strong player. Ultimately that’s his challenge. When we take players on, even more established players, we always look to improve. So, whether it’s Taylor Charters, or Zach Clough, you want to improve that player. That’s what I want. 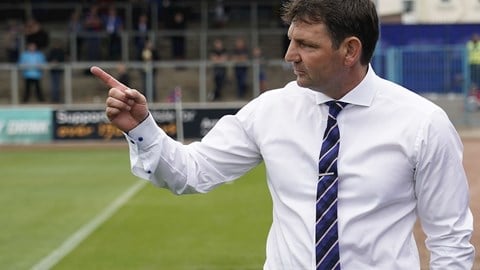 “He'll learn a lot out of that, as will Josh. Lewi Bell on my side first half, he did well in terms of reading his opponent, he listened to me as well, which helped within the game, I was helping him be more assured.

“Once we made them force the ball down the left you saw Joe Riley turning it over and us making inroads down the right. But every now and again you could see a physical difference in a race, shove or push – he knows he’s got to get a little bit stronger.

“But all of these players want to adapt and they want to get better. That’s a good place for us all to be.”