The Blues head to Bramall Lane tonight for what is possibly the toughest opponent they could have been drawn against in the first round of this season’s Carabao Cup competition. 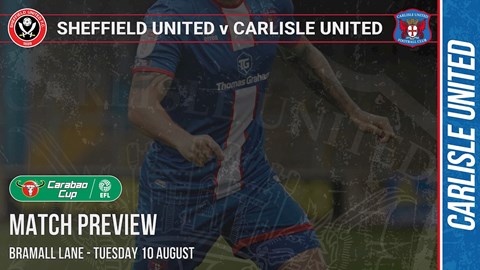 With the Blades having lost out to Birmingham on their own turf on Saturday there’s no doubt they’ll be looking for a boost, but it’s a test the Cumbrian camp are looking forward to.

“I have so much respect for them. I have a couple of connections playing for them, Scott Hogan, Matty Done, Jack O’Connell.

“Chris Wilder did unbelievably for his home-town team, of course he’s not there anymore, but behind the scenes they’ve got great people I know well, like Paul Heckingbottom. 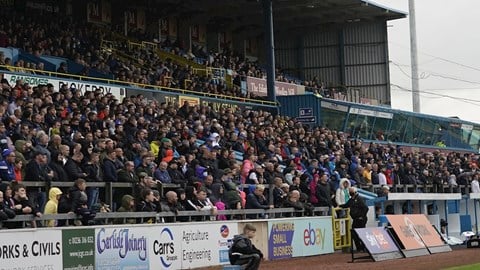 “From our perspective it’s a great game to look forward to. We’ve got to make sure that when we start off on our journey, that we’re good over the whole season. We do want a good start, but we want a good season.”

“As we’ve seen it’s difficult to make plans too far ahead of a game, there can be so many variables,” he added. “We have plans of what we’d like to do over the next couple of games but we have to see how they all pan out.

“I’ve no doubt Sheff United will rotate, from within whatever squad size they’ve got. I’ve got to make sure I give opportunity to our players and make sure I look after our efforts.

“Colchester on Saturday is the toughest physical game they’ve had since the restart in terms of pre-season. There will be a little fallout, a little hangover physically, so I’ve got to make sure we’re right for the game.” 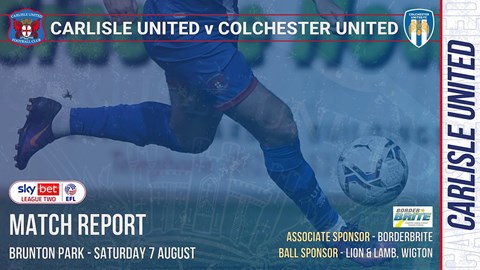 Speaking more about the approach he’ll take tonight, he commented: “It’d be nice if the clubs could swap bank accounts for 24 hours and we’ll just take the interest.

“It’s a game that won’t define our season and I’ve got to be mindful about all of that effort we’ve just seen. We’ll have to look to be better when we don’t have as much of the ball tonight, and I’ve got to make sure we’re good for Swindon, another away trip, so I might have to look at what we do.

“We’ll be all guns blazing whoever we choose because every player is ready to go. It’s important that everybody gets opportunity but it’s also important, as we’ve just seen with Zach Clough, that we keep a longevity to our season as well.”