It’s been quite the week for man of the moment Sam Fishburn who has had the kind of first week with a new club that every player dreams about.

MANAGER: He'll have benefit to being here

A hat-trick, a brace and one more for good measure has left Lancaster City fans drooling at the mouth, and manager Chris Beech confirmed that it’s exactly the reason why the second-year scholar was sent out on-loan in the first place.

“Mark Birch went to watch Sam play on Tuesday because we want to see first-hand how he’s getting on,” he said. “Actually all of the staff were out watching games. I was at Blackpool, Gav was watching Morecambe, Dan was at Oldham and Jacob was out at Sheffield.

“I think we have to do that, and it’s not that we’re giving that as a clue as to who we might be looking at to recruit. That’s not why we do this at all. 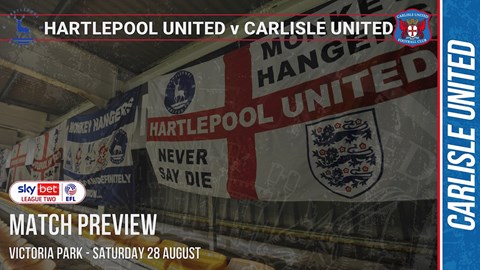 “I’m really pleased Fish has got his goals but I’m more pleased about his feedback after the game. He told me he had an old fella beating him up, he had bruises after the match, but that’s what he needs.

“At the size he is and the physicality he is, and with the standard of youth alliance football, he’s far better being tested at that level.

“He played in pre-season for us and following on from that he’s made quick progress, and you could even argue he could have perhaps gone to a slightly higher level.

“Until you go and do something, you don’t know, and at that point of doing it he’ll gain great confidence from it.

“Hopefully I’ll see slight difference in him when he comes back because our standards are high and he knows he’s got to meet that to make sure he plays for Carlisle.”