Keeper Magnus Norman put in a full 90 minutes at Brunton Park on Friday night, and with the Blues just five days away from the opening home game against Colchester, he admitted that he’s more than ready for the season to kick off. 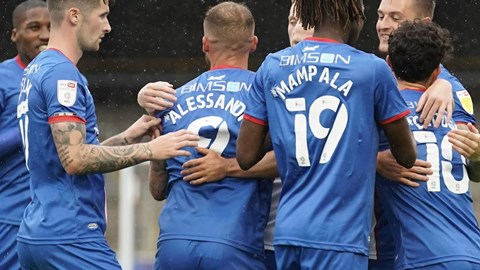 “I’m excited to get the season started.,” he said. “Compare it to last year when I had the injury in pre-season, and I missed the start, now I’m just happy to be fit and going into it in good shape.

“We came in nice and early this year and I feel the best I’ve felt since I joined the club. I’ve had a good amount of minutes, even though it’s not as much as I would want because of the little injury I had, but it’s much better than last season.

“I probably could have played on a few weeks ago but we didn’t want to risk making it worse. It was better for me to sit things out so I could recover properly.

“Getting 90 minutes is important as we head towards next week. It makes it feel more realistic, especially when you do it against a proper team. It was against good opposition and it felt good to be doing it.” But, and as with every position on the pitch, there’s competition for the starting place with every shirt up for grabs.

“He’s come here to play in the same way I came here last year to play,” he commented. “That can only help because we’ll push each other, and whoever is playing we have to make sure that we support each other.

“That’s what me and Farms did last season and I think that competition is good. I thought I did well when I came in last season. I was a bit disappointed not to play throughout the year but obviously the injury set me back.

“I’m just looking forward to this year where I’ll hopefully get some games and play. I just want to play games, that’s why I moved here, I love it up here and I just want to be involved.”

“I feel like I have more to prove this year because I came here last year to play, so it was a bit disappointing that I got injured,” he added. “This year I’m going into the season fit and feeling good, and that’s good for us all.

“Dan Hanford has come in and he’s been great. He’s what you need, he helps you and he’s had the experience of playing, so he can help in that way as well. With Lukas coming in it’s new competition and everyone gets on really well. Training has been good because of that. “I feel like all goalkeeper coaches are quite similar, but they all put their own little touches on certain things. Dan is really good when it comes to realistic match prep, he’s recently experienced things as a player and I think that helps him make our training more realistic. He knows the club as well, so he knows what the fans expect, which is an added bonus.

“Scott Simons and Gabe Breeze have been brilliant as young lads, they train really well, and they push me and Lukas just as much as we push them. Both of them could easily go on to play for Carlisle, if not higher.

“Everyone gets on really well, which is the same as it was last year. The new boys have come in and added quality to the group, and the young boys who have been training with us have all stepped up.”

Next up for United is that home game against Colchester and, with entry prices cut for the game, it looks like it could be played out in front of a big crowd. 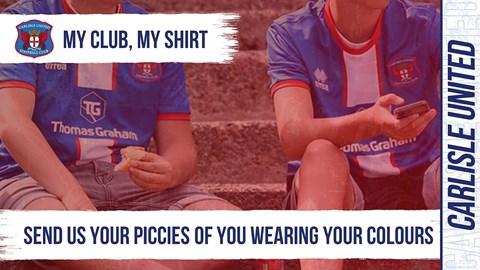 “When we got into the dressing room at full-time on Friday the first thing we talked about was Colchester,” he revealed. “We want to get our heads right for that. Pre-season is done, we have a whole week of training and we’re all looking forward to it.

“Personally and as a group it’s about fine-tuning. We’ve worked on kicking quite a bit with the gaffer and the team because that’s obviously a big strength of mine.

“If we utilise it this year it can become a big threat. We’ve worked on who to hit in training and which areas to go for.

“I’m just looking forward to it. The game I played towards the end of last season gave me the taste for it again and I know that’s what I want to do. I just want to play games every week, hopefully that’s what I can do this year.”

“Obviously we want to set off with a victory,” he concluded. “With fans in it’s good, it feels real, and when had the supporters here when they were allowed last season it upped our game, and I think we did miss them.

“You get the extra boost from them, and I haven’t experienced it for a couple of years now. I’ve missed it. I’m sure the fans have as well. We can’t wait to play in front of them for the Colchester game.”

Click HERE to watch an interview with Magnus Norman on iFollow United now.