We spoke to youth boss Eric Kinder about Tuesday afternoon’s 3-0 home victory over Preston North End with the lads having bounced back in some amount of style from a disappointing away performance at Rochdale on Saturday. 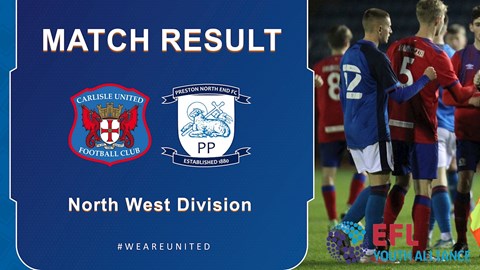 “I said to the lads at full time that it was chalk and cheese from what we’d seen on Saturday,” he said. “We were rolled over by a good Rochdale side, but Preston have always been tough opponents.

“You don’t get to beat them too often, but I thought it was a really good, hard-working performance from us and that meant we were able to go on to beat them comfortably.

“Everybody played their part, and the only downside was that we picked up a couple of injuries along the way.”

With the first team manager and his staff there to watch, he explained: “We went strong in terms of age, with all of our second years included.

“It’s the stage of the season where you need to do that. The tempo was there from them all from the first whistle and we kept it going right through the game.

“There’ll be a lot of tired lads tonight because they’re coming towards the end of a strange season. It looks like we might have to go again on Friday, because Keith [Curle] has indicated that he needs the pitch for training down at Oldham, so it’ll be a busy week for the lads.

“It’s good that the manager is there, because this is such a hard time of the year for the second-year group. I’ve been through it so many times and I really don’t enjoy it.

“You do get used to doing it, but decision day is the worst day of the year by a long way. You’re letting people go who have run through brick walls for you for two years. It’s sad, but it’s the reality, so we’ll just have to deal with all of positives and negatives from that side of it when it comes.

“What I will say is that these second years have been outstanding people. If it goes against them I’ll do everything I can to help them with their futures.” 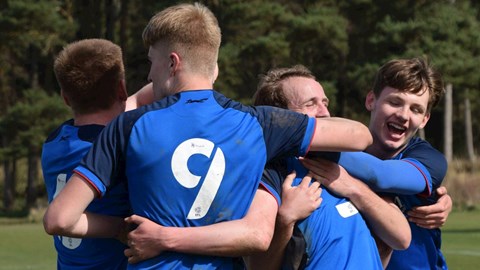 On the quality of the goals, he commented: “They were three great goals and that’s fantastic to see. Sam Fishburn worked really hard and they were two excellent finishes from him.

“We batter Max Kilsby about his finishing, it’s absolutely horrendous in training, and he’s missed so  many chances in games this year, particularly of set-plays. He got it right on Tuesday, but the only problem is that we’re now going to hear about it for a long time to come.

“The most important thing is that we backed the goals up with a clean sheet. We don’t keep enough of them, and Gabriel Breeze did his job when he was needed. Defensively we were very strong so there wasn’t actually too much for him to do.”

“It was a really pleasing day after such a bad day on Saturday,” he added. “I don’t know why or how you can get two such different performances, but it happens, it’s football.

“Rochdale dominated us then, and we dominated Preston on Tuesday. We’ve actually been on top in games against Fleetwood, Blackpool and Rochdale where we’ve lost or dropped points, and there’s never an explanation.

“When we look a poor side, as we did last Saturday, nothing goes right. Thankfully there haven’t been too many of those for us to talk about. Looking back I’ve only been really disappointed with them on two occasions this season.

“That’s not bad from 18 league games and five cup games. That tends to tell you that you’ve got a good group. We just need to finish it off now and we’ll look to get the right standard in all of them. From there we’ll see where it takes us.

“Everybody who is involved lost on Saturday so that means we’ve pulled three points back. If we win all four games we’ll be right up there, which is good.”

Next up for the youth time is the weekend away trip to Oldham.

“It was a comfortable win against them up here earlier in the season, but that means nothing,” he insisted. “They’ve had good results since then, and with games at this age you can convincingly win in one game them convincingly lose the next against the same team.

“They’ll be a good test and it’s one to look forward to.”