Second year winger Lewis Bell turns 18 at the end of this month, and he received the best birthday present possible on Thursday afternoon when he was offered a two-year professional deal [with a further year option] which will kick in as soon as he finishes his scholarship in July. Speaking just a matter of minutes after the offer had been made, he said: “I’m still taking it all in, to be honest. It came as a bit of a surprise to me and I’m just happy that it’s happened.

“I’ve been training with the first team, and I was on the bench for the Fleetwood game, so it felt like things were going well.

“But I knew that despite all that I still had to keep working hard, and that won’t change going forward. I know if I keep doing what I’m doing then I’ll be around the first team more, and that’s what all of us in the youth team want.

“I’m from here and I’ve been in the academy since I was nine, so it’s massive for me to have this happen. Getting a pro contract is what you dream about every year as you’re going through the academy, and it means that the gaffer and the staff believe in me, which is superb.

“It’s over to me now to show them that I can keep pushing on and improving.” 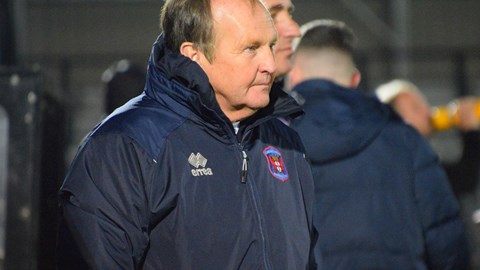 YOUTH: He’s a Carlisle lad and that’s what we all want to see

With his parents having been in the meeting with him when he was given the contract offer, he added: “They’re just very proud and they were as lost for words as I am. It’s a bit of a shock for us all, but it’s also what we’ve worked towards.

“They’ve already told me to calm down and to understand that this is only the first step. They won’t let me slow down or ease off because they know how important this is to me and them.

“They’ve helped me so much, and I have to thank them. The academy staff as well, they’ve taught me everything over the years and they’ve helped me when I’ve felt a bit down, and encouraged me when things have gone well. There are so many people who have been there for me and it’s just thanks to them all.

“The manager and David Holdsworth were great as well. They told me at the meeting that I need to find my character now and really start to grow in confidence. They want me to keep pushing myself and have the belief that I am good enough to play with the first team.

“Being around the pros already has helped me a lot. They do things quickly and you have to be right at it all the time. That’s bound to help, and I can feel myself progressing because of it.

“I know it isn’t going to be easy and that I’ll have to prove myself if I want to be involved regularly, but this is my first step and I only want to go forward from here. But I know it’s only me who can make that happen by listening, learning and doing things properly.”