Preston forward Ethan Walker had the kind of week that leaves your head in a spin last week as he went from playing for his parent club in a friendly against Everton to upping sticks and heading up the M6 on a season-long loan move. 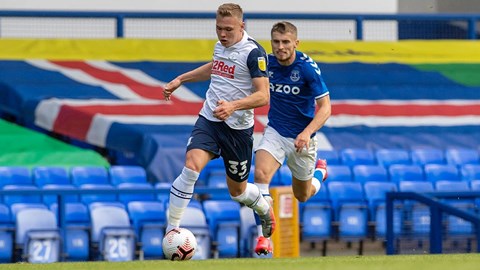 We spoke to the lively front man about his latest challenge this week.

“It was quite last minute, to be honest,” he said. “I found out on Wednesday that the Carlisle manager wanted to meet me to see if I was the right type of person to come into the team, and if he wanted to take me on for the season.

“For me it would have been a tough year at Preston, because they have such a big squad, so as soon as I found out Carlisle were interested I just wanted to come here and show everyone what I can bring to the table.”

Having spoken openly about being happy to contemplate a loan move during pre-season, he told us: “Like I said, the squad at North End is massive and there’s a lot of players who are all fit and ready, and some getting fit from having long-term injuries, so for me to get to the next level and to better myself and improve is by making a loan move, whether that’s to somewhere like Carlisle or elsewhere.

“I was more than happy to come here and try to help the club. It’s my first loan in league football, which is something I’m very excited about. I’ve been out on two previous loans, but not to this standard of football. I’m quite excited about showing people what I can do. 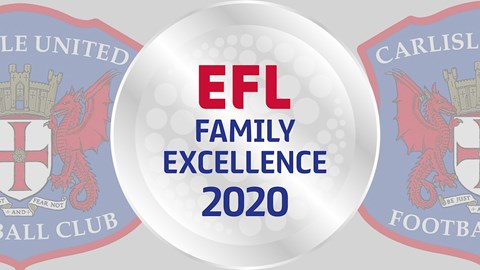 “I’m comfortable with being out on loan. It’s not too bad for me because I’ve done it before, and nothing about it comes as a shock or surprise to me.

“To be fair, when I found out they wanted me to travel the day after I’d just spoken to the manager, that was a bit of a shock, and a mix of other emotions, really. Mostly I was looking forward to it and it meant I could get to know the lads quicker.”

“The good thing about his is that it’s the biggest loan I’ve had and I can’t wait to play league football,” he added. “Hopefully the season will progress well for me and I’ll get my chance and show that I can help the team.

“I feel even more confident now that I’ve had the chance to meet the lads. They’ve been really welcoming and we’re getting on in training and things like that. I feel that the more comfortable I get being here the more confident I’ll be out on the pitch.

“It’s good that Jack [Armer] is here as well. I played in the youth team with Jack so that was another boost coming here. It means I’ve got somebody I already know to talk to and help settle me in and feel at home.”

Speaking about the message from Preston boss Alex Neil and his staff, he told us: “They just want me to enjoy it and be ready.

“They want me to get experience of being with a league football club where everything matters. Hopefully if I do well here and show them that I am capable of coping with it then maybe I’ll get my chance when I go back there.

“The manager here has told me that he just wants me to do my thing. He wants me to excite the fans, try to get goals and assists and work hard, not just for me but for the team.

“I want to help the team to improve this season, if I can, and I want the same for myself. Mostly I’m a team player and I’m hoping we have a good season as a group.

“I just want to keep improving. I know that I’ve improved over the last two years whether that’s been training with the first team of playing behind closed doors games, and I feel like this is the next step for me and will improve me as a player and as a person.”

Looking back to what had been an exciting end to the week, it was topped off when he was given the nod to replace Lewis Alessandra and make his debut for the Blues in Saturday’s away game at Cambridge.

SEASON TICKET UPDATE: Terraced reservations to be activated this week

“I was excited more than anything else when the manager told me to go on,” he admitted. “I just want to play football and I’m not too bothered where it is. Coming to a club like Carlisle, it’s something that excited me when I first got the call.

“It’s crazy to then get the nod to go onto the pitch, because just a few days earlier I had no idea that I was even coming here. It’s been a few days of rollercoaster emotions, but it’s just great for me to be here.

“My first few touches went well, and that’s just what happens from training with a Championship side. Being with those players has taught me how fast a game can be and how ready you have to be whenever you play.

“Coming on and trying to go past somebody as soon as you can gives you the confidence and self-belief to try to do it again. I just want to show the manager he made the right decision in bringing me here.

“That’s why I want to bring goals and assists, whatever it is, because I just want the team to do well. I want us to be winning each week and I want us to progress as a team. It’s a young team, and it’s still coming together, but hopefully we’ll see the results coming in as each week goes by.

“Personally I just want to express myself and do what I do best, which is scoring goals and assisting. I want to work hard for the team, I like being involved in goals, but I also want to work hard and do anything I can to help us win games.

“And the stadium here is great. The pitch here is amazing, honestly I didn’t think League Two pitches were like this, but I’m really looking forward to playing on it. It’s exciting, and hopefully the fans will be allowed back in soon.

“When you play youth games you don’t get many people watching, so playing in front of fans will be another exciting step for me because I’ve never had that yet. I’ll enjoy it and make sure I take it all in when the fans are allowed back in.” 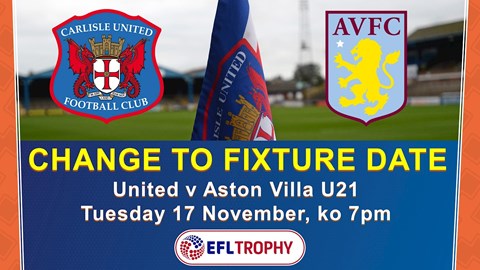 In an industry that’s all about making your mark, the young forward already has a place in the Deepdale history books courtesy of a first team appearance against Aston Villa back in December 2018, when he became the youngest ever player to make a league appearance.

“It’s a record for now,” he joked. “It’s a massive record to hold with how old and how big the club is, so it’s something I think about quite a lot.

“Preston is my home club and I’ve supported them since I was really young, so it’s a massive thing for me. I’m glad I’ve got all the support I get from Preston because it gives me a huge amount of confidence.

“It’s a great club and the manager speaks to me a lot. He’s a very good manager and he tries to advise me on everything, with touches or mistakes I’ve made, and even with the players you’re with, you can just tell the difference in level.

“From the youth team standard to the first team, the difference is massive. There are some really good players there and you learn a little bit more about the game every time you’re with them.

“They show you how intense it can be and how quick it can be, and you gain even more confidence from doing what they do with them. Learning from people like that will only benefit you even more.”

Click HERE to watch an interview with Ethan Walker on iFollow United now.