It's an unusual Sunday lunch kick off timing for the Blues this weekend as we head to the SKYex Community Stadium in the London Borough of Hillingdon to face Southern League Premier Division South side Hayes & Yeading United in the first-round of this season's Emirates FA Cup competition.

The game goes ahead despite the imposition of a second countrywide lockdown on Thursday, with the FA Cup deemed as being part of the Elite Sports directive.

Their trip to the first round proper this season has seen them despatch Margate (2-1), Bognor Regis Town (5-0), Chipstead (4-2 on pens following a 0-0 draw) and Wealdstone (2-0) in the four qualifying rounds respectively.

They've been in the first round proper before, back in 2010/11, when they were knocked out by Wycombe Wanderers when Gareth Ainsworth bagged a stoppage time winner in what was a thrilling game.

And last season saw them give Oxford United a real test, albeit they eventually exited the competition as the U's claimed a 2-0 away win.

Currently smack bang in mid-table, this other United have proven to be hard to beat this term with two wins, four draws and just one defeat from their seven league games so far.

That loss came at the end of September at Poole Town, but an eight-game unbeaten run followed. That was halted on Tuesday afternoon when Uxbridge scored a dramatic late winner to dump Hayes out of the FA Trophy at the third round qualifying stage.

There's a feeling on Beaconsfield Road that their league position could be better, and they'll be coming into this one full of confidence and looking to cause an upset.

Experienced winger Sanmi Odelusi knows boss Chris Beech well, having spent a spell on-loan at Rochdale in 2016, and he'll cause problems if he's goiven too much of the ball.

But five goals in four games for livewire 21-year-old Francis Amartey has taken his tally to an impressive nine for the season so far.

A player who can play wide or through the middle, his scoring form has been continued from last season where he bagged seven in eight appearances for United, having joined the club from Slough.

Our referee for this cup tie is Mr Ollie Yates. He has taken charge of seven games so far this season showing 16 yellow cards and no reds.

We have had him as our main match official just twice before.

He was at Brunton Park back in October 2016 for the visit of Crawley. Jabo Ibehre, Jason Kennedy and Luke Joyce scored our goals in a 3-1 victory, and Mark Ellis was the only Carlisle player to be booked on the day.

We then met him at Cambridge in September 2018 when we ran out as 2-1 winners at the Abbey. Richie Bennett and Ash Nadesan netted for us, and Adam Campbell was the solitary booking handed out during the 90 minutes.

The game is available to watch via BBC Digital Platforms, and is live via the BBC Red Button. 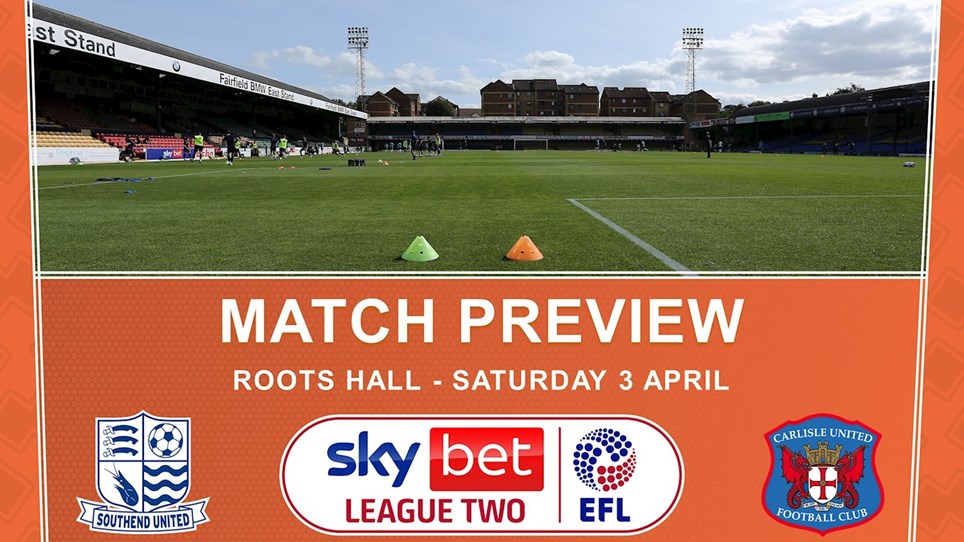 MATCH PREVIEW: Southend up next for the Blues


It feels like forever ago, but United's first league home game of the season was when we hosted Southend back in September. 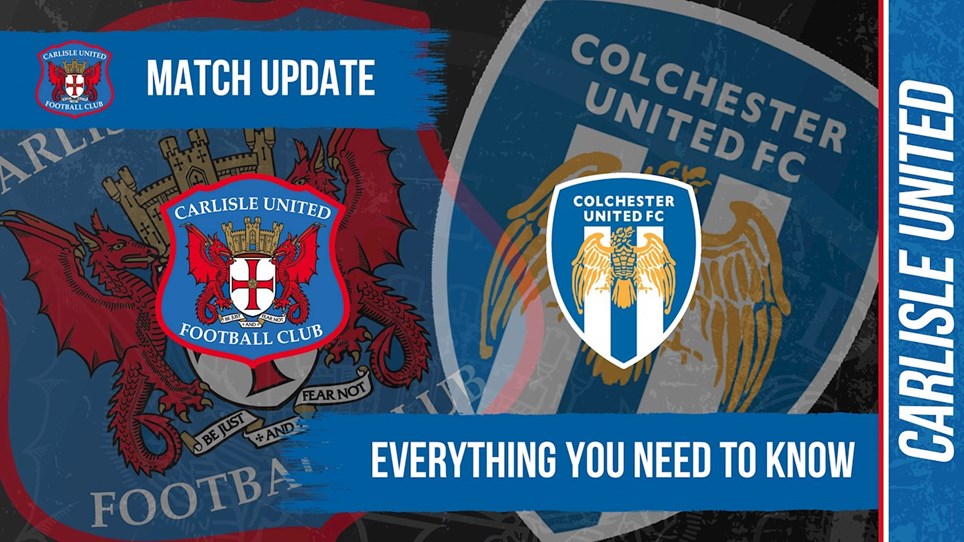 MATCH UPDATE: All you need to know for the visit of Colchester


The U’s of Colchester are our first visitors of the new season on Saturday [kick off 3pm] and we’re looking forward to seeing you all here as you cheer on the Blues.