Newport head to Carlisle having got themselves back to winning ways on Saturday with a 1-0 victory over Morecambe.

It was a much-needed result for the Exiles as they went into the weekend home fixture off the back of two heavy and morale-sapping away defeats.

A five-goal mauling at the hands of Oldham came off the heels of a 4-2 defeat at Grimsby's Blundell Park, two results which were part of a tough month in February which had brought a run of five defeats, one draw and a solitary victory from seven league fixtures.

Currently mid-table, but 12 points off the play-off places, the two games Newport have in hand - of which this is one - will be pivotal in setting the tone for the remainder of the campaign, with Tuesday night's visitors knowing that a return to a more consistent run of form could easily see them get involved as we march on towards April.

There are absolutely no surprises when it comes to picking out the players to watch - Padraig Amond continues to find the net with predictable regularity, and he has a healthy 12 strikes to his name.

The ever-dangerous Jamille Matt has six, and Tristan Abrahams and Joss Labadie are backing that up with five and four respectively.

It'll be another typical League Two test, and Chris Beech made it clear after the Colchester game on Saturday that he's looking for a positive response from everybody to what was a disappointing afternoon.

Let's get behind the lads and push on again - we'll see you there.

Speaking ahead of the weekend game, Chris Beech said: "They've got some physical players and they’ll be coming here wanting to win the game, that goes without saying. What we want is a response to Saturday's result.

"I'm looking for a response from everybody. The players need to support each other in that and I want the fans to support the efforts that are going on. If we're all pulling together it's all part and parcel of the ingredients of the cake we're trying to make.

"We've got to make sure we control our parts, make sure we recover and plan correctly for Newport, and that we pick a team that can compete and get the better of them.

"We want to get back to winning ways but you can only ever do that through hard work. Everything will be done properly and hopefully that will translate onto the pitch."

+ The Exiles reached the quarter-finals of the European Cup Winners’ Cup in 1980/81, having qualified after winning the Welsh Cup.

+ Newport were originally nicknamed ‘The Ironmongers’ due to the steel works present in the area during the early 20th century.

+ In 1970/71, Newport set an unwanted Football League record after going 25 games without a win at the start of the season.

These teams have met a total of eleven times since the Exiles came back into the Football League under their new guise but they have, of course, met many, many other times over the years.

Today's visitors have become a bit of a bogey team for the Blues recently, with just two of those eleven meetings going our way.

The last time we played Newport was in October 2019 when a last minute goal from George Nurse condemned the Blues to an away defeat.

Our match official for this game is Mr Graham Salisbury. Graham has taken charge of 27 games so far this season and has shown 84 yellow cards and two reds.

We last had him as the man in charge for the visit of Swindon Town last month [February 2019]. Edmonds-Green put the Robins ahead, but Aaron Hayden pounced with the equaliser just after the hour mark. There were no names taken on the day.

He was also the referee for the November 2019 Leasing.com Trophy group game at Morecambe. Jarrad Branthwaite scored for United, but goals from Tutte, Wildig and Conlan kept the points at the Globe Arena.

Prior to that he was the man with the whistle for our long trip to Forest Green in March 2019. Nathan Thomas bagged our goal in a 1-1 draw and Tom Parkes was the only name to be taken on the night.

Back to 2018 and he was in charge for the 4-0 away victory at Swindon, just before Christmas. Ashley Nadesan, Regan Slater (2) and Jamie Devitt scored our goals and there were no United names taken on the day.

The first time we saw him in the 2018/19 season was on the opening day when we made the long trip south to face Exeter City. Nicky Law and Jonathan Forte put the Grecians two goals to the good with less than 30 minutes played, but Richie Bennett gave the Blues hope when he struck back just before the break. United battled away, but a late sucker punch from Tristan Abrahams kept the points in Exeter. Jamie Devitt was the only name taken on the day.

A regular referee of our games over the years [including the Wembley final against Southampton in 2010] still one of his busiest evenings with us was for the Checkatrade Trophy group game at Fleetwood in August 2017. A total of 10 cards were shown - including a red for Harvey Rodgers - with Danny Grainger, Mark Ellis, Jamie Devitt, Gary Liddle, Tom Miller and Hallam Hope going in the book for the Blues.

Great news - you can purchase a video pass for this fixture HERE. The game will be streamed directly to your device for you to watch on Tuesday night. 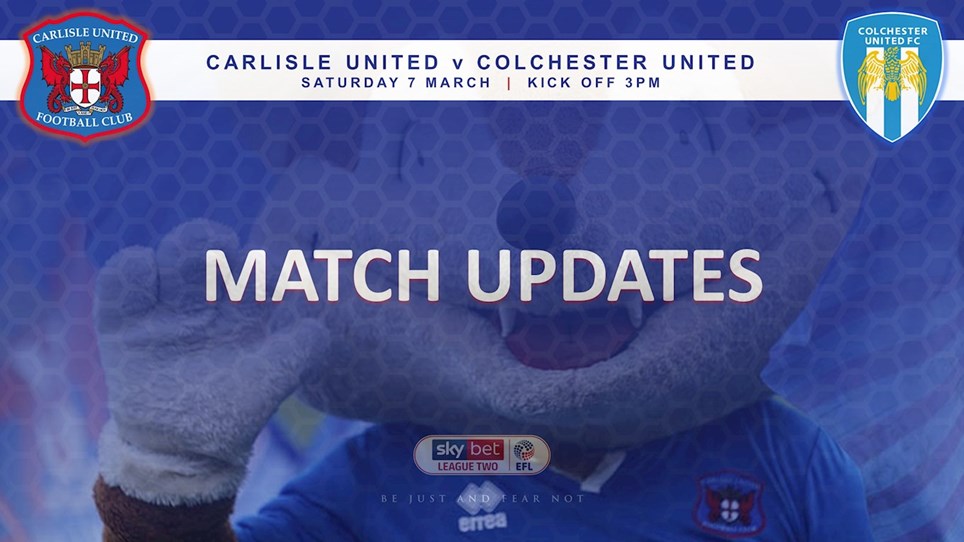