Lewis Alessandra and Josh Kayode went along to Stanwix School on Wednesday morning to deliver tickets for the #GoodVibrations Leyton Orient home game, which have been donated by Warren Steele of Connexions Group in Carlisle.

The lads chatted to year five and six students about their diet ,and how they prepare for matches, before making sure that the tickets were handed over.

Lewis Alessandra said: "It's great to be able to go into schools and see that the kids are excited for the Leyton Orient match.

"Josh had scored against Newport the night before we went, and the children all wanted to talk to him about it.

"We also spoke to one of our ball boys who had been at the game the night before, and it's nice to be able to meet our young fans.

"It's great that Warren has been able to donate these tickets to the school, and from what the headteacher was saying I think they'll all be snapped up pretty quickly."


Local builders McKnight & Son have donated 75 tickets to Scotby School and a further 17 tickets to The Rock Project in Currock.


When we asked Carlisle boss Chris Beech [after the Cambridge game on Saturday] if the recent run of six consecutive away games unbeaten + just one defeat in nine games + a 17-point gap to bottom spot...

#GOODVIBRATIONS: Share your poster pic and get it into our gallery


The #GoodVibrations poster we put together at the beginning of the week is starting to appear in more and more places as we all look forward to what we hope will be a bumper crowd for the visit of... 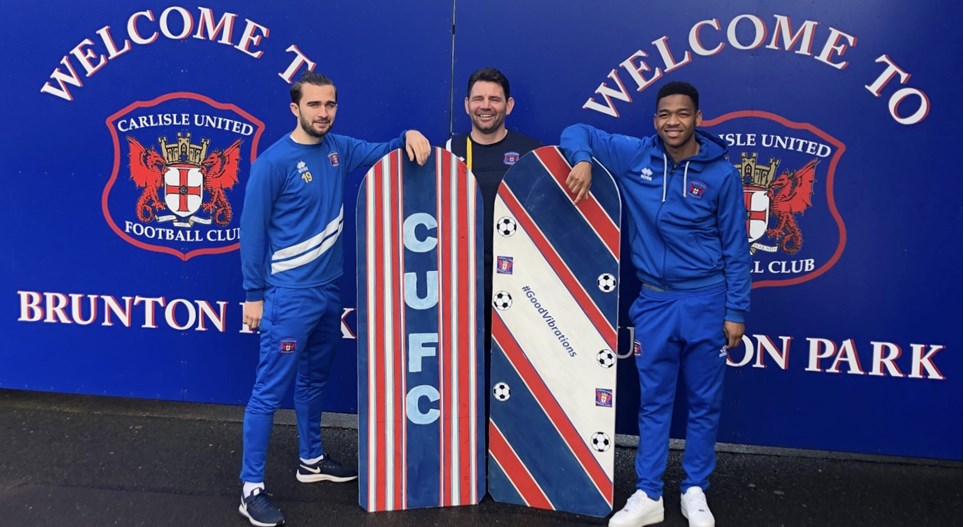 #GOODVIBRATIONS: Design a surfboard and win tickets for the Leyton Orient game!


Fancy designing a surfboard, taking part in our pre-match Guard of Honour, winning a match ticket and a signed ball? We have just the #GoodVibrations competition for you!