United’s head coach Chris Beech moved quickly to secure the services of Gethin Jones until the end of the current campaign last week when his initial short-term deal came to an end. 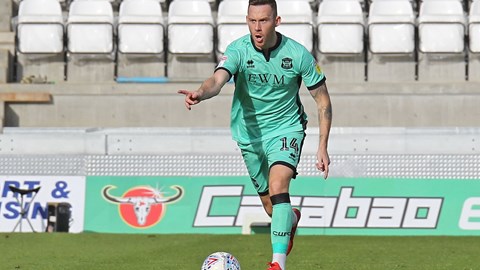 The versatile defender initially teamed up with the Blues in September and has demonstrated his versatility and adaptability by playing in a number of positions through his 26 appearances for the club.

Having now put pen-to-paper, he confirmed that he was pleased to get the deal done so that he can concentrate on the work be done through the next 20 games.

“My aim for the season was that I wanted to come to a club and play week in, week out,” he told us. “Since I’ve came in I’ve played every minute, which has been really good for me. Both managers have had faith in me and I just want to continue to keep playing.

“The good thing was that the manager and David Holdsworth spoke to me quite soon after Chris [Beech] came in and they both told me not to worry because we’d get it sorted. I knew there was something there for me, so I just wanted to keep doing well.

“I had a few clubs ringing up but I’ve been comfortable here and I’m happy here. I just wanted to sign the contract here and get on with things.”

“It’s nice to have worked under two different managers but to have still played every game,” he continued. “It didn’t work out at Fleetwood so I was just looking at my options in August.

“It was Nathan Rooney, who I knew from Fleetwood, and he gave me a call and asked me to come up and train. I had a few clubs who wanted me to go with them, but I knew Nathan so I felt a bit more comfortable.

“After my first training session Steven Pressley wanted to sign me, and since then I’ve played every minute. When the new manager came in he said he liked me and he just wants me to keep improving, and that’s what I want to do for the rest of the season.” 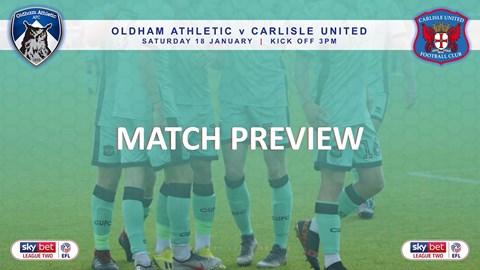 Looking back at the uncertainty he faced through pre-season, which led to his September arrival in Cumbria, he told us: “It’s tough to go through that but I always knew what was going to happen at Fleetwood.

“I was obviously out on loan last year so I knew before pre-season I was going to be leaving. Fleetwood were really good with me, and then it was just up to me. I trust in my ability and what I can do, and I showed at Mansfield last year that if I get a run of games I’ll just keep improving.

“As soon as I came here I just wanted to get playing straight away. I’d sat at home on a Saturday afternoon for the first five or six games of the season watching the scores come in, and it was just frustrating.

“Stevenage away was my first game and I was desperate to get out there and play, and since then I’ve just wanted to keep kicking on. I’m delighted to be here and playing, the club have been really good with me and the lads have been really welcoming. I just want to kick on personally and as a team.”

Having played in every game since his arrival, he’s also confirmed his reputation for being adaptable, as well as having played every minute.

“I don’t mind where I’m asked to play, to be honest,” he said. “I find it easy to adapt because I’ve done it for three or four years now, but I have to prepare for it a few days before each game because the body shape and the angles you need to be at when you’re defending are a lot different.

“If I’m on the left I prefer to come in and cross it on my right, and things like that, but I’ll always go out there and I’ll always do a job. I suppose my preferred position is right back, but when I went on loan to Barnsley a couple of years ago I played left back.

“When I first came here I was playing on the right of a back three. I’m comfortable everywhere, but my main position is right back. Wherever I play I just try to do a good job for the team.

“This is just a good club and coming up here was definitely what I needed. Like I say, for the last three or four years I’ve been out on loan and moving to different places. I’m only from Liverpool so this is perfect for me.

“I knew a few of the lads already and once I knew the club were interested I wanted to come straight away, and it’s been a good decision. I’ve settled in really well. Playing every week is what I wanted to do.

“At the start of this season, I knew I didn’t want to mess about and be on the bench somewhere, maybe playing one week but not the next. I know once I get some momentum, I keep getting better and better in myself. I’m happy with how I’m going, I just want the team performances to follow.

“That’s the most important thing for me, getting the club back to where it should be. Since the new manager came in we’ve been playing really well, but we’ve had results that haven’t gone our way.

“The three games we’ve lost have been against teams at the top of the league. I think in games like the Bradford home game, where we got a draw, if we can nick the first goal I think we’ll settle into the games.” 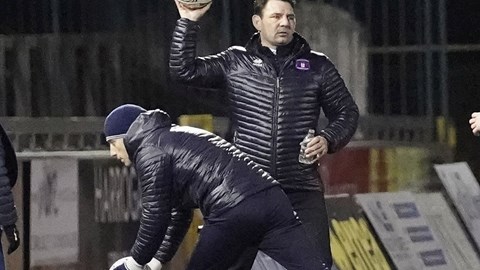 His last appearance, of course, was in the seven-goal thriller against Cardiff on Wednesday night.

“It was a good performance over the two games, to be fair, but we said in the changing room after the game that we’ve scored five goals in two games against a very strong Championship side,” he commented. “We’re all disappointed that we didn’t win it, to be honest.

“We were always in the game and we know we can create chances, it’s just about taking them. We never looked out of the game, even though I think we were 3-1 down then 4-2 down.

“We always knew we could get another goal, and even in the 90th minute we knew we’d get another chance. Harry put that ball across the face of goal and it went just wide, but on another day it could have gone in.

“That’s the level of performance we know we can bring, we just need to do it a lot more often in the league now. We need to stop conceding goals because that’s a big disappointment.

“Other than the free kick at Colchester and the third goal at Crewe where the striker has turned and put it in the top corner, most of the goals we’ve conceded have been our own fault. If we can cancel those out we’ll be fine, because we know we can score.”

On the noise from the stands and terraces during the FA Cup encounter, he said: “Since I’ve been here, that’s the biggest atmosphere I’ve been involved in.

“Consistency only comes from us working hard in training every day. We need to make sure we look after ourselves and recover, especially after a game like that. We’ll make sure we recover properly and get ready for Oldham.

“We want more of the same and to get that we need to keep to our structure. We also need to make sure that when we go forward, we take our chances. We’ve had a lot of games that have been 0-0 since the new manager came in, so we need to take our chances when we get them.”

“It’s a big game,” he agreed. “They got a point against Stevenage on Tuesday so it is a bit of a six-pointer, but all of the games are big games now.

“We need to make sure we do well against the teams that are around us. We’ll work hard building up to that game and make sure we’re prepared for it. If we do our job properly we’ll have no problem.”