Wolves midfielder Elliot Watt officially joined the Blues on New Year’s Day and, having joined three first-team training sessions ahead of his unveiling at Gresty Road, he immediately spoke of how much he’s looking forward to becoming part of the squad for the second half of the campaign. 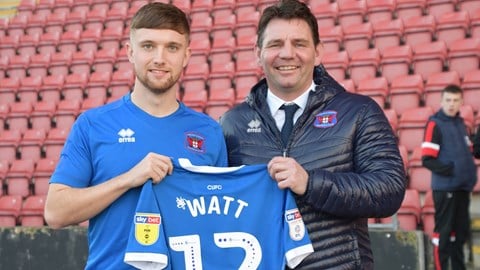 LOAN: Midfielder in on half-season deal

“I can’t wait to get started,” he told us. “I’ve had a couple of days training with the team and Wolves have been great with that, so I’m just buzzing to get on with it now and get on the pitch and help the lads. Training has been really good, everyone is positive and the players are great.

“The gaffer just told me to come in and enjoy myself and make sure I learn as much as I can. Ultimately, I’ve got to make an impact on the team and first of all I need to earn my right to get in the eleven. I know that won’t be a walk in the park but, once I get in it, I want to make sure I stay in it.”

As for what we can expect from him, he commented: “I feel like I’m a leader even though I’m young. I’m very vocal and I don’t mind telling people what to do.

“I always like to get on the ball and make things happen, and mainly get the ball to the players who are going to score us goals. Creativity and leadership are my main qualities, and I’ll set the standards high.

“I just want to come in and help the team as much as possible really. A few wins in this league can take you right up towards the play-offs. I want to learn as much as I can from the senior pros and the gaffer, and hopefully really enjoy my time here.” 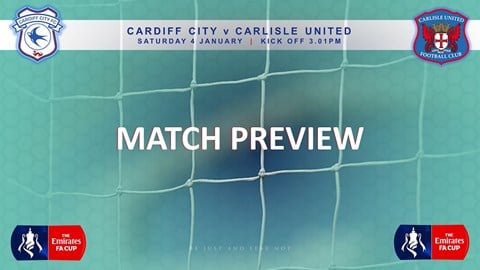 As to how the move came about, he told us: “I first heard about the possibility of coming here maybe three weeks ago, just before we played Salford in the trophy.

“Scott Sellars who is the academy manager at Wolves is good mates with the gaffer, and he told me he was coming to watch me in that Salford game because he was interested. With me knowing I was being watched it helped me play well, and it just happened from there really.

“The gaffer met me on his day off which really showed me he wanted me, and I just can’t wait now. For someone to want you as much as he did, and believe in you, it gives you that confidence to go on and do well.

“Training with the first team at Wolves does give you that hunger to do well, and that’s the main reason I wanted to come out on loan. I want to play football and learn as much as I can to try and better myself. My main focus is just to help Carlisle as much as I can.”

Noticeable through his interviews with the media following his Leasing.com Trophy games, where he scored his first senior goal against Morecambe and helped the team to a 4-2 victory here at Brunton park, was his stated desire to take on the challenge of a loan spell at a Football league club.

“At the start of last season, I thought I was ready to get out on loan, but I was maybe being a bit naive at the time,” he told us. “I definitely feel like I’m ready to do it now and I want to come in and make an impact on this team.

“The staff at Wolves have told me to learn as much as I can because it’s League Two football and it won’t be like it is at Wolves. I played in the game at Brunton Park in the trophy earlier in the season.

“It was a good game, I’m Preston born so I know all about Carlisle and I know it’s a big club. When I played in that game it was a good experience, and unfortunately I helped knock us out, but I’m buzzing to be here now. It’s a great stadium, I think our next home game is Plymouth so hopefully by then I’ll be familiar with my surroundings.

“I’ve been brought up watching football league games with being a Preston fan, so I know all about the league. It’s all very competitive, you’ve got to win the first and second balls then you can earn your right to play. I know what I’m in for, it won’t be a shock to me, but first of all I’ve got to get myself in the team.” 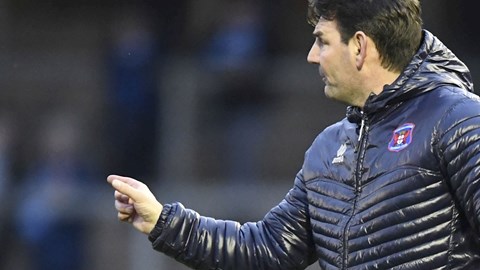 INTERVIEW: I want him to make a big impact

Having started as a youngster at Deepdale, he explained: “I signed with Wolves when I was 16 from Preston, so I’ve done my scholarship there.

“I think this is my fourth season there now. When I first signed it was when the takeover had just happened and everyone was really positive, but I don’t think anyone envisioned it to go as well as it has.

“I made my debut away at Sheffield Wednesday last season which was a great experience, so I was training with the first team a lot. To train with great midfielders like Moutinho and Neves is unbelievable because they are world-class players. If you can’t learn from them then who can you learn from”

“When I first moved up to the under-23s at Wolves Aaron Hayden was one of the lads who took me under his wing, so hopefully he can look after me again while I’m up here. Aaron is a good lad and he told me all about the club, so it’s really good that he’s here and he can help me settle in.

“He’s a good friend and if you ever need anything he’ll always try and help. I look up to Aaron because he had a rough couple of years at Wolves, but he’s shown a great mentality and he’s playing really well at the moment.

“I’ve played right up to the senior Scotland squad which has been a great experience. I played for the under-21s in the Toulon tournament when I was still 18 which was great at such a young age. We played England in that tournament against players like Lewis Cook, who have played in the Premier League, so it’s all been good for me.

“For my first potential game for Carlisle to be Cardiff in the FA Cup is a great opportunity. I think that’s why it’s been important for me to come in and train with the lads, because the gaffer can see what I can bring and hopefully that means I’ll be in the frame for the Cardiff game. It would be a great game to make my debut in.”

Click HERE to watch an interview with Elliot Watt on iFollow United now. 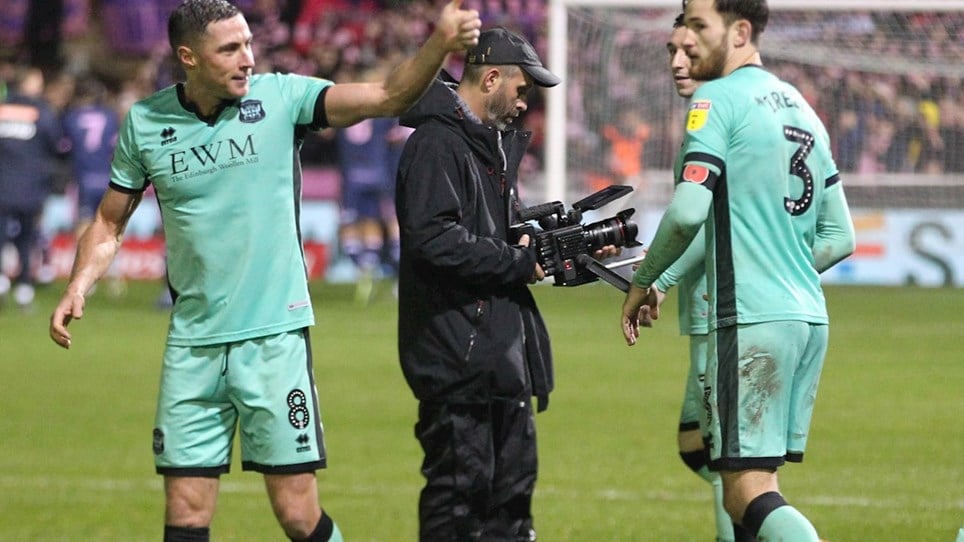