Carlisle play Morecambe for a third time this season on Saturday as new boss Derek Adams brings his side to Brunton Park.

Results from January and February have been much more encouraging for this weekend's visitors, following the arrival of experienced manager Adams, and the haul of three wins and three draws through that period has helped to create an eight-point gap between the Shrimps and that dreaded bottom spot.

Conceding goals has been the biggest issue for our local rivals - they have the highest goals against tally of 56 in the division - but aside from a 4-1 away reverse at Northampton, things have certainly tightened up over the course of the last few months.

There are familiar faces in both camps, with Lewis Alessandra - who made the switch to Cumbria in January - still leading the goal tally for Morecambe alongside former Carlisle man Cole Stockton. The pair have five goals each.

Also within the ranks at the Globe Arena are John O'Sullivan and Shaun Miller. They have three strikes and two strikes respectively, and A-Jay Leitch-Smith and Steve Old are worth keeping an eye on as they weigh in with four goals-a-piece.

We'll be marking the passing of football legend Harry Gregg ahead of kick off on Saturday - rest in peace Harry.

Speaking ahead of the game, Chris Beech said: "The away game at Morecambe was my first league fixture and it was fantastic to see the place packed with Carlisle fans.

"The supporters have been magnificent anyway, following us home and away in all kinds of weather conditions, and I know this is a game they look forward to.

"Derek Adams will bring a Morecambe side which was overhauled during January with a number of fresh faces.

"Like ourselves Derek and his side have been battling for points, which makes this encounter all the more exciting.

"I want us to drive strongly into the closing phases of the season. When I walked through the door we had a five-point gap from the bottom place.

"We’re now at thirteen points, affording us a little daylight, but make no mistake we’re still in the battle as far as I’m concerned.

"There have been some subtle changes to the squad, and to how we set up, and these have needed to be gradual and measured, given the circumstances, but I’m confident and enthused that we’re heading in the right direction together." 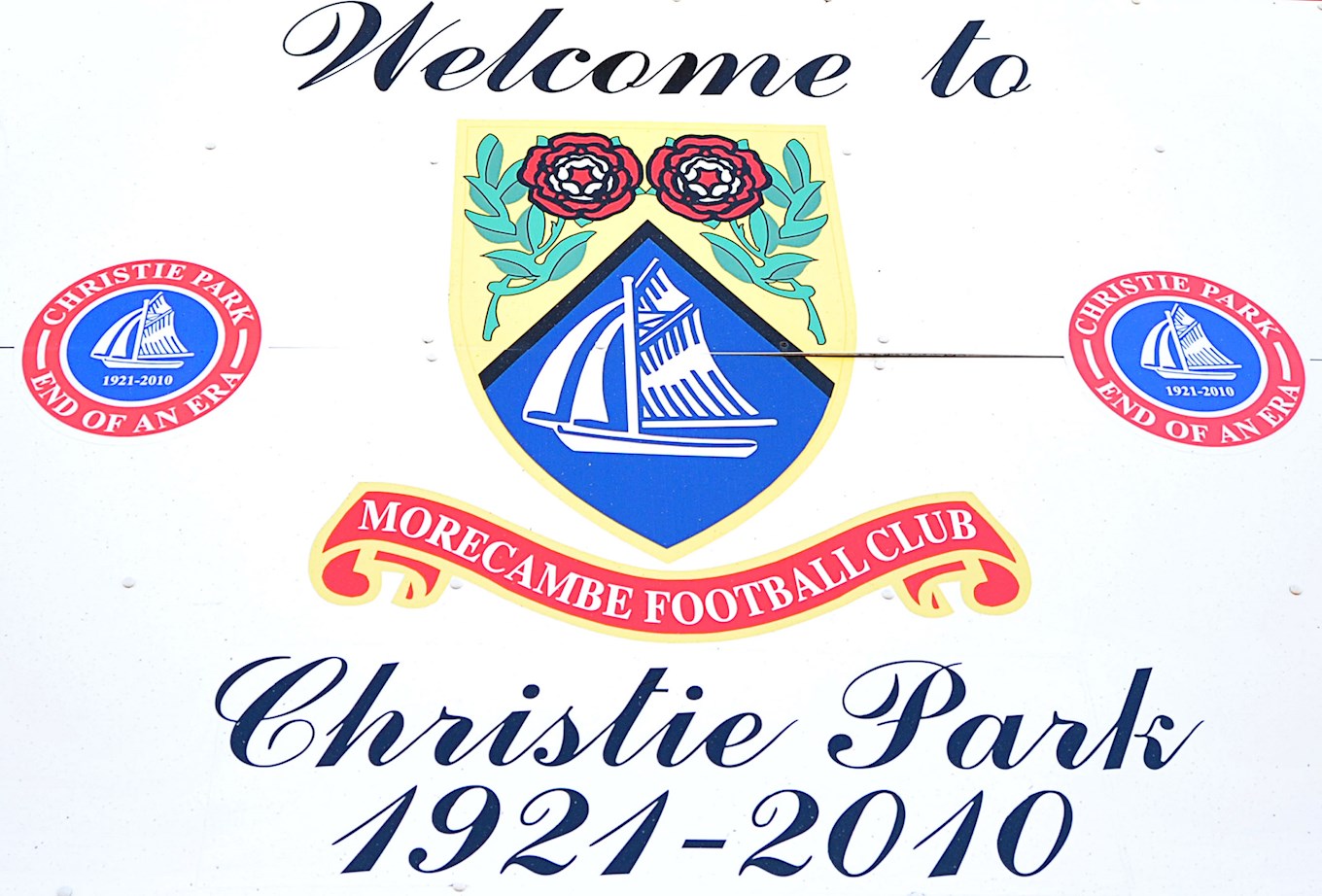 These two sides have met on a total of 21 occasions over the years, and the draw is by far and away the most common outcome between these local rivals, with just over half of the clashes ending up that way.

The December 2019 league meeting at the Globe was, rather unsurprisingly, a 1-1 draw. Hallam Hope put the away side in front just two minutes after the break but former-Blue John O'Sullivan squared things up just three minutes later.

Our first meeting this season was for the Leasing.com group game in November 2019. History was made on the night when Jarrad Branthwaite become the club's youngest ever goalscorer, but Andrew Tutte, Aaron Wildig and Luke Conlan struck back in the last half hour to take the points for the hosts.

United were first-footers on New Year's Day at the Globe in January 2019 when goals from Jamie Devitt and Jack Sowerby secured a strong 2-0 away victory.

The Shrimps were last at Brunton Park in October 2018 and they took a grip on the game before the half hour mark, with goals from AJ Leitch-Smith and Vadaine Oliver providing a two-goal cushion. United never recovered and the game ended 2-0 in favour of the visitors.

Morecambe twice took the lead in our Checkatrade Trophy group game at the start of September that same year but stunning goals from George Glendon and Macaulay Gillesphey took us into the break all-square. Then a first goal for the club for Jerry Yates, with 15 minutes left to play, proved to be the match winner as the Blues closed ranks to claim their points.

The sides met on three occasions during the 2017/18 campaign, with both league games running out as 1-1 draws.

Our official for this fixture is Mr Peter Wright. Mr Wright has taken charge of 25 games so far this season and has shown 76 yellow cards and three reds.

We met up with him back in August 2019 when he was the man in the middle for our Carabao Cup game against Rochdale. Goals from Morley and Done in the first half left the Blues with a big job, but we lost 2-1 despite a decent spot kick finish from Jack Bridge. There were no Carlisle names taken on the night.

He made the step up from the national league for the 2018/19 season and we met him for the first time when he officiated our 1-0 away victory over Cheltenham in August 2018. Richie Bennett bagged the only goal of the game, just before the break, and Anthony Gerrard and Kelvin Etuhu had their names taken on the day.

His first visit to Brunton Park was for our 3-2 home defeat against MK Dons in March 2019. Stefan Scougall and Hallam Hope scored for the Blues and there were no Carlisle players booked that afternoon.