United boss Chris Beech gave us his reaction to the Forest Green away defeat shortly after full time on Saturday evening. 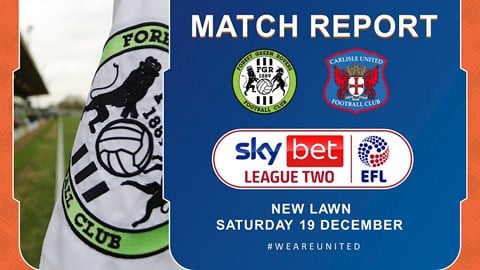 When we mentioned first that we didn’t feel it was a game we deserved to lose, he said: “Maybe not, but if you don’t put the ball in the back of the net you don’t deserve to win.

“And if you don’t put the ball in the back of the net, you then need to make sure you don’t concede and that you defend resolutely. They got away from us on a couple of occasions, they hit the post and, of course, from a double shift on the set play they got a scrappy goal.”

“The lads gave it everything but in this games it’s the decisions you make as you’re doing that which make such a big difference,” he added. “If Joe Riley makes the ground up and puts the ball in the back of the net we’re one up and its job done for him, and he feels a million times better.

“From there we probably go on and win it, but it wasn’t just Joe, there were opportunities for other players to make that difference as well. Gime had his chances, Lewi had his … who else … Omari when he ran through on the inside.

“If anything I thought JJ Kayode played hard and ran all over but he came away with the least amount of chances, but there you go, that’s football for you.” 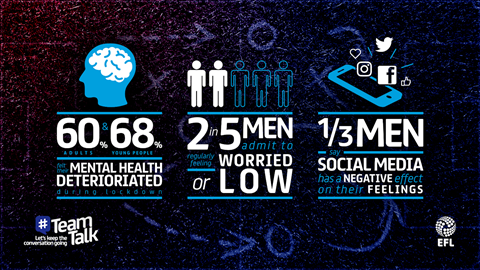 On the manner of the defeat, which saw the lads confirm their top three credentials despite the result, he commented: “I was trying to stimulate a lot today, hence my sore throat, but that’s because of where we were as a group of people.

“I was looking for that extra energy which has made us so hard to play against recently, and I wanted to do what I could to support the boys. They just started to look a bit jaded, perhaps because it wasn’t going their way.

“Ironically I said to them at half time that it was going to be one of those games to be settled on a scrappy goal, and it was, but it’s gone Forest’s way and not ours.

“It’s one where we don’t need to dress the defeat up as positive or negative. It is what it is. We weren’t quite right, but even then we could have been ahead and we know we could have won the game.

“In the end we lost because we didn’t score and we didn’t defend properly for the chance they put away.

“We’ll always be disappointed when we concede. They have a couple of really big players up there and it helps. 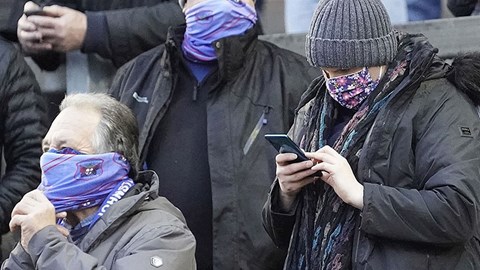 “They didn’t really win the first contact cleanly and it came back across goal where Jamille Matt falls over and into the net. It’s almost like a try in rugby but a goal is a goal, however it goes in.

“I saw Jamille as a young player, and I know people at Fleetwood, they paid a lot of money for him, he probably didn’t deal with that very well when he was younger.

“He had expectations at that club, but what he has done is understood through his experiences to make himself brilliant in game decisions, and well done to him, what a great career he’s had and having, and he managed to get the winner today. I look at things like that from afar and think well done you!”

“It’s a day where you say congratulations to Forest Green, well done to their lads and their staff for getting the goal,” he continued. “I thought we stepped up in the second half after we’d had a chance to talk to the lads and we had some really good chances.

“Their keeper made some excellent saves, that one against Joe was like Peter Schmeichel where he just spread himself to get something on it. When a save like that is made you know it’s going to be something scrappy that will make the difference.

“Gime was so close … he’s good to watch and he’ll know there are moments he could have done other things but, again, that’s the same for most of the lads today.

“We’re all judged by results and we can argue and discuss all day why it didn’t work for us. All we can say is we got beat, we don’t like it, and we have to look at picking up again quickly.

“Do you know what, I completely forgot about this, Gime did score! I’m getting myself going – was that a foul for the header from Aaron? No!

“Would we have a different player if he’d scored earlier in the season, I don’t know. What I do know is that if VAR was here they’d have reviewed that and given us a goal.”

“I think Forest Green will be chuffed with getting three points,” he concluded. “They’ll probably look at their own performance and find fault with some of it, that’s what coaches do. I just have to look after our lads.

“To clear up any confusion, because their bench weren’t quite happy with a couple of things, they had a lot of fouls given to them that could have gone either way.

“If you were watching that as a neutral you’d find it tense because you know where both teams are, but in terms of quality on the pitch there weren’t too many outstanding moments. The good moments weren’t rewarded with goals and it’s a scruffy decider in the end.”