United return to Brunton Park to play in front of 2,000 fans on Saturday afternoon as Stevenage head north for what will be another tough game between two sides who have found a stubborn streak this season. 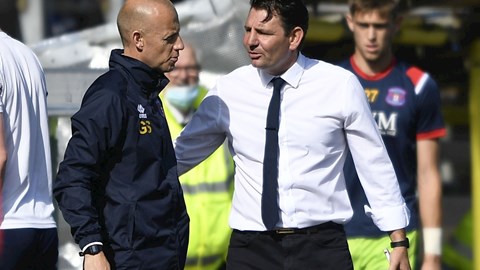 MANAGER: We want to keep improving

Speaking ahead of the game, manager Chris Beech said: “I wouldn’t be fooled by their league position. They’ve drawn a lot of games and that tells you that they’re very hard to beat.

“In terms of defeats, they’ve only lost five and they’re a very competitive team. The stats tell us that they’re nearly very good and they’re very close to being something other than a team that’s at the bottom end of the table.

“I don’t look at them as that at all. What I look at is how they do what they do on the pitch, and how best we can counter that. The only stat that stands out at the moment is that they’re not used to getting beat, but neither are we, so it should be a very good game.”

“Alex Revell will be determined to do a very good job and I know they went through the politics of last season, and they retained their status, and they’ve recruited over the short pre-season to try to change that for the better,” he continued.

“They play a certain way and they have good players within that. We’ll have to be right at it but that’s the same for every game. They have players like Prosser and Vincelot who bring real experience, and they have lads who bring threats from all over the pitch.

MANAGER: We can't rest on our laurels

“We have to be aware of that and we have to play in a way that makes them think about us. If we stick to what we’ve been doing that should hopefully lead to us getting what we all want. It’ll be a fight and that’s why we have to be ready for it.”

Much of the talk from United fans is on our current league position, but that’s something the manager tends to brush aside.

“I’m not really that interested in stats like that, even though it’s part of what’s exciting for the fans, and rightly so,” he confirmed. “One really good part of the fans being back for the last game was that I was able to talk to some of them, actually communicate, and that was just brilliant.

“They want to be excited by their team, but the focus for me has to be on how to win the game and how to keep the good results coming, because none of it means anything at the moment.

“All we can do is look at each game in its own context and try to take the three points. Wherever we are in the table right now, it doesn’t guarantee anything.

“That’s why we leave that to others as we concentrate on what we can affect, and that’s our performance as we look to keep improving and pushing on. 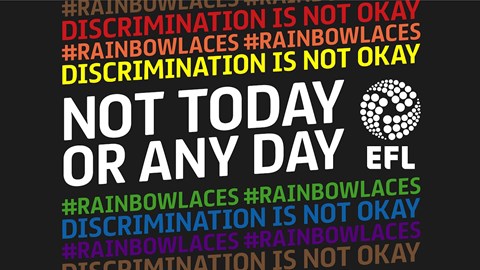 EFL: Clubs to unite in support of Rainbow Laces campaign

“I know some people earmark the next six games, or the next three, or a month, but that’s not how I look at it. It’s all about the next game in front of you until what you’ve done leaves you with something you’ve actually achieved.

“That’s when I’ll be really excited, but there’s a long way to go and a few bumps in the road to come before we get to that point for me.”