With United’s friendly at Workington cancelled this afternoon, manager Chris Beech spoke about the remainder of his pre-season schedule as he continues to prepare for the start of the new season, which is now just three weeks away [Carabao Cup kicks off one week before the season proper].

INTERVIEW: We're all excited to be back

“We’ll be looking to play Tuesday and Saturday this week and, the following week we’ll be playing Tuesday, Thursday, Saturday,” he said. “I like to use matches to get fit, because people can train really well in pre-season and then only get the lads playing half a game.

“I try to get the balance right between game time and training. The only way you ever get game ready is to play games. I’m not too interested in the results at this stage, I just want to make sure that whoever represents us on the day is showing that they’re learning the traits we want to see throughout the season.

“It’s early days for that, but against a strong Fleetwood team, if you cut the game in half, we were leading 2-1 at half time and we did put a team that had one foot in the Championship right on the back foot.

“Team selection also isn’t too important over the next few games, but as we go nearer to the season it will refine our thoughts on who plays where, and how we play our game.”

Looking ahead, he commented: “I think we’re playing Wigan, Liverpool under-23s, we might play Fleetwood again, and we’re going to try to get a home game, which would be the week before the Carabao Cup on the last Saturday of August.

“It’s difficult at the moment but we have some sort of structure to it. We’re one main fixture short, to play someone on our pitch, but we’re awaiting feedback from further clubs.”

With the friendlies all geared towards getting the squad ready for the challenges ahead, he also spoke about what he wants to see when the players cross the white line.

“It’s just vital that we have traits that protect us and progress us,” he said. “What I want to see on the football pitch, how the players represent that, what they do individually about that and how it represents the community is what is important to me. 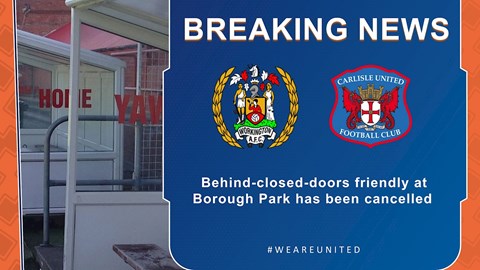 “I know if we get those things right it’ll protect our three points and take the club forward. That’s why our recruitment has been so important.

“We’re looking to work at a squad number around 21 players. Obviously we’ve got five first year pros to support that in times of need. I remember in one of my early games, when I went to Colchester and we had two or three apprentices involved in that squad, and the squad overall at the time was a lot bigger.

“This is the second window I’ve been in charge of and it was a big turnaround in January to help us to get away from the bottom of the league, and now it’s time to create a new ethos and mantra at Carlisle.

“I think this group of players have connected, they’ve been training really well, and two or three more additions to that would serve us really well.”

As to which areas he’s targeting for additions, he said: “It’s more about timing, and getting the right player at the right time in the right way.

“It’s important to look to recruit fit lads who are in form. The player who has come to us who you would consider isn’t in a rhythm is Joe Riley, but from a business perspective it worked and it was a good opportunity for all parties.

“Again, overall, if you’re investing in players who you want to improve your results, then you need players who are actually going to affect those results.” 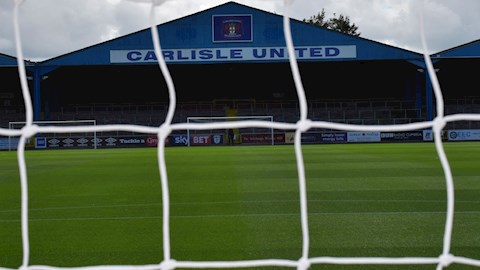 So could the loan system still be utilised, with JJ Kayode the only player on a loan deal so far?

“One hundred per cent, but if I look at this time last year, when I wasn’t here, and at where the money was invested into the team, there were still some very well paid players who have now left the building,” he explained.

“I’m more pleased with the fact that the attacking players are ours and we’ll then get loan players in to assist, not have a situation where they’re already here on loan and we haven’t really got any other options.

“I’m really pleased with the structure of how we’ve done it this season. I think it’s vital that the next two or three signings really make a significant difference to what is already good.”

And with the Jamie Devitt rumour one that just will not go away, he commented: “Jamie’s been brilliant in the past, but I shouldn’t really comment too much on somebody else’s player.

“What I do know is he didn’t play a lot last season, he’s had an operation to have his hamstring tied back together, which is the same as what Kelvin Etuhu had done. That’s where Jamie is.

“He did brilliantly, I remember seeing all those goals he scored for Carlisle, hence whey he got financially rewarded at Blackpool and took a very good contract there. We’ll see. I don’t know.”