Caretaker boss Gavin Skelton spoke to us today about what has been a busy week as the squad gets ready for the visit of Cambridge United on Saturday. 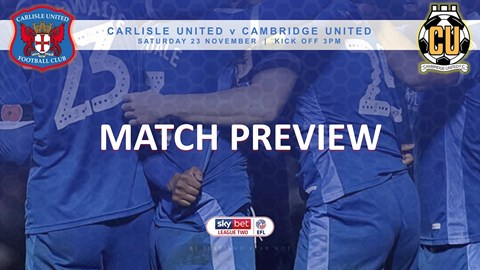 “This week has given us a good opportunity to get ready for the game,” he said. “We recovered at the start of the week and we had the reserve game on Tuesday, which people performed well in, so it’s been good.

“The players who didn’t play on Tuesday trained with us in the morning which gave us a chance to prepare some things for Saturday, and now we’ve got Thursday and Friday with the whole group to fully focus on what is another massive game.”

Speaking about how things are being done behind the scenes, he told us: “The dynamics have obviously changed but as staff our roles haven’t really changed that much.

“We’ve just been fully focused on what we need to do ahead of the weekend. We’ve watched Cambridge and we’ve looked at how we played at Port Vale, so it’s been a busy week.

“Things haven’t really changed around the place, I’m only caretaker, so it’s not too much in the way of being different. As assistant manager you have a different relationship with the players to the manager, but it hasn’t changed.

“The players have been good, most of the experienced lads will have been through this before and they’re all resilient. It’s a different experience for the younger ones, but it’s all part of their learning.” 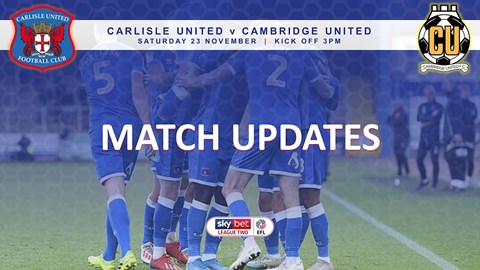 As for what happens beyond the weekend, he commented: “I spoke to the club before the statement went out on Monday and they told me the situation, so I know as much as everyone else at the moment, which is fine.

“They’ve been up front with me and they told me on Monday morning that I’d be in charge for Saturday. I’m sure everyone is very busy and I’m sure there’s a process going on.

“I don’t know if I’ll still be in charge at Forest Green, it was just the same as last week where I was told to get to Saturday and prepare for the game and we’ll see where we go from there.

“We’re just getting on with it. It’s an honour for me to work at the football club and to be in charge of the first team.”

And he admitted that a good midweek reserve performance had given him food for thought ahead of the game against the Abbeymen.

“Aaron [Hayden] played well on Tuesday and obviously got a couple of goals to go with it,” he commented. “He’s played well in a couple of the trophy games, and just because he hasn’t played much doesn’t mean he isn’t in our thoughts.

“He’s trained well and he’s knocking on the door, but he’s shown a really good, positive attitude, which he needs to continue to try and get into the team.

“The game on Tuesday was pleasing overall and there were some good performances from a lot of players. We had a lot of U18s involved and they did themselves no harm going forward in their careers.

“Stefan [Scougall] played 60 minutes and was excellent. He’s a naturally fit lad so we’ll have a look at him for Saturday, hopefully he’ll be involved, it might be too early for him to start, but he should be involved.

“Hallam Hope is back in the country today so we’ll have to wait and see how much he trains tomorrow. And with Mo Sagaf, his head injury is a bruise and the stitches are healing as well. He’s trained almost fully this week so he’s back in contention.”