Carlisle United Football Club would like to wish Danny Grainger the very best of luck as he takes up a new post as first team manager with Workington AFC when his current contract with the Blues comes to an end [30 June 2019]. 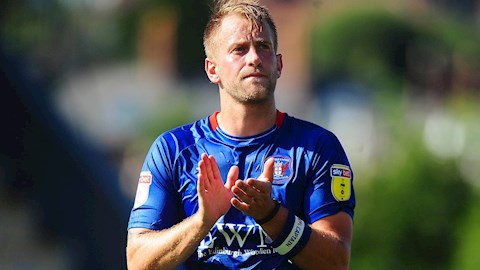 The popular club captain, who scored 34 goals in 197 appearances for United during a five-year spell with the club he supported as a boy, announced his retirement from the playing side of the game last week and has agreed a deal in principle with Reds, where he will take up his new position from 1 July 2019.

Manager Steven Pressley said: “As I said last week, when I spoke to Danny about his decision to retire from playing he expressed a real desire to pursue his coaching aspirations, and I think this is a great step for him.

“I’ve told him that he’s always welcome here and, even though he will be going there to do things his way, the door is open here should he feel that we can give him any help or advice.” 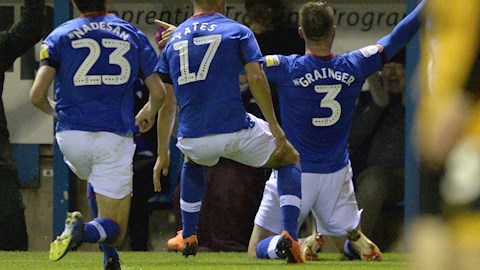 DANNY GRAINGER: To play for the club you support is a dream come true

Director of football David Holdsworth said: “On behalf of everybody at the club I’d like to wish Danny every success as he takes this first step into management.”

Experienced left back Danny Grainger became the first summer signing of 2014 when he returned to his native Cumbria to join the club on an initial one-year deal. His attitude and approach earned him a succession of new contracts, and the captain’s armband just two months after joining the Blues.

He had played exclusively north of the border since turning professional, but spent his formative years with the Blues as part of the Centre of Excellence programme.

The no-nonsense defender enjoyed spells with Gretna, Brechin (loan), Dundee United, St Johnstone, Hearts (where he won the Scottish FA Cup) and St Mirren during his 12-year stay in Scotland, and had a short trial period at Brunton Park in pre-season in 2013 before joining Dunfermline.


Carlisle United are delighted to confirm that former-Blue Dan Hanford has made a return to Brunton Park as the club’s keeper coach.