Sheffield United loanee Nathan Thomas made quite an impact when he joined the Blues for the second half of last season and manager Steven Pressley confirmed this week that talks remain open with the newly-promoted Blades about the possibility of a return to Cumbria for the nippy wide man. 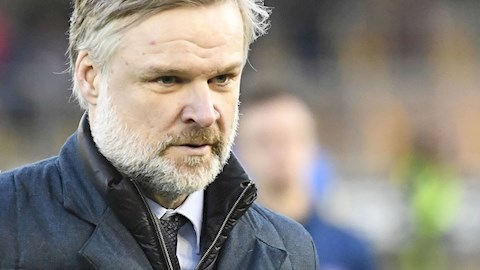 MANAGER: Really excited by this player

“Nathan is a player I like,” he said. “I’ve spoken to him over the summer and David [Holdsworth] has made two offers for him. One of those was very recently, within the last couple of days.

“We’re pursuing him because he’s definitely a player I would like to bring back. I think, given the right pre-season, he could contribute a lot of goals. Like all loan deals we have to be a little bit patient, but we’re working on it.”

Meanwhile he revealed that he’s feeling less optimistic about Aston Villa’s attacking midfielder Callum O’Hare, who has also been on United’s summer hitlist.

“I met with Dean [Smith] and his sporting director at Villa and we spoke about O’Hare and several others,” he confirmed. “O’Hare is unlikely, we’ll never close the door, but I do think it’s unlikely.

“Aside from that we have three trialists coming in, which I’m also quite excited about and looking forward to seeing. Two of those are defenders and one is a striker.

“I must stress that the main forward players we’re going to sign will be loan players, so we won’t see exactly how we’re going to be as a team until a little bit later in the pre-season schedule.

“Between now and then we’ll get a lot of the foundations we need to put in place and then it will be a case of adding the icing to the cake.

“Arthur Gnahoua won’t be one of the trialists. Arthur is a good player but he’s not quite the profile of player I’m looking at. I spoke to him about that because I’m not one to waste people’s time. If I don’t think the player has a chance, I won’t bring them in.”

With work still to do to secure the remaining signings needed, he admitted that it had been an intense period of work following the final game of last season at Yeovil.

“I’ve had some time away from the club but it’s pretty much all been about football and Carlisle United,” he said. “I’ve been watching Wyscout relentlessly over the last six or seven weeks when it comes to player recruitment, but I did get eight days away with my family recently, which was a nice break.

“I’m raring to go now but obviously I’m fully aware that there is still a lot of work still ahead of us. Being honest, this summer for me has been one of the most relentless summers I’ve had.

“Sometimes within a club, certainly once you’ve got the nucleus of a squad together, you maybe only need to sign three or four players, most of which have already been targeted and, in some cases, you’ve already spoken to them.

“This has been a summer of real transition for the club. We’ve almost had to start from ground zero and build up a brand new squad. There’s been a lot to do in that respect and that’s why I was thankful of the time I got to relax with the family.”

“As I say, it’s been a transitional summer for us and that’s why it’s important that we don’t panic and that we take our time in getting the right players in,” he added. “Recruiting this amount of players is a big challenge but it’s something I’ve had to do at all of my clubs.

“When I was at Falkirk it was all about building a team, and we had the youngest squad in Britain at the time with relative success. It was the same at Coventry where we brought through some really good young players.

“I think maybe in hindsight that was one of the attractions I brought to this job. I think the board will have been aware of the transitional summer ahead of them and decided to bring me in because I’ve had experience of doing that in the past.”