With midfielder Mike Jones having verbally agreed his new deal with the club, which brings him back to Brunton Park for a fourth season, it leaves just Stefan Scougall from the crop of players who were offered new contracts to notify the club of his decision ahead of the start of the 2019/20 campaign. 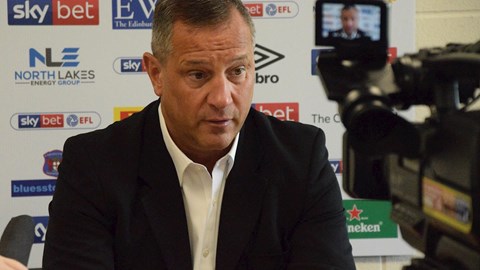 INTERVIEW: The loan market is something we will use again

“Stefan still has an offer on the table,” director of football David Holdsworth confirmed. “Again, it comes down to agents, so we’ll see what they decide. Steven [Pressley] is optimistic, as am I. Stefan is a great lad but as I say, we’ll see.

“We’re open-minded on when we need a reply. Obviously if somebody else comes in for that position then that door will shut, but we aren’t at that stage yet. It’s up to him and his representative to make their decision and we’ll take it from there.”

One player who turned down the offer of a new deal was Jamie Devitt, who spoke to the official website last week having confirmed that he had decided to move on from Brunton Park.

“Again, Jamie is a good kid, and when we spoke to him initially it wasn’t really about the money [on offer],” he explained. “It was about whether Jamie would play wherever he went.

“He plays in a specific role, and Steven identified that. When I spoke to him it was more about the case that if he does leave us, wherever he goes, he has to play in that position because that’s to his benefit.

“He isn’t a right winger and he certainly isn’t a right wing back or right back. Steven utilised him as a false nine and as a ten, and that’s because he’s a talented boy. I really do feel that wherever Jamie plays, he has to play in that position. 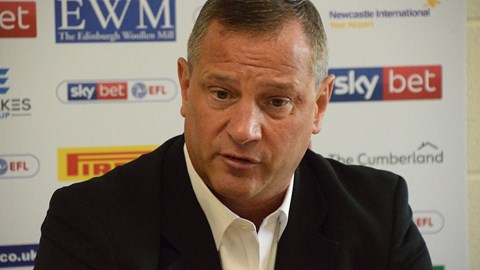 INTERVIEW: One on the way with four offers out

“If not, he’ll be on the bench, which will become frustrating for him. I think each player has a valued place and Jamie would have had that here. Once Steven found out from the agent that he was looking elsewhere it meant that we couldn’t stand still.”

“Like I say, it came down to the length of contract, and this is where I go back to where we are,” he continued. “We wanted Jamie to stay so we made him a very good offer to become our highest paid player, certainly at the beginning of the transfer window, and Jamie could have stayed another year.

“There was an option in that contract, if all was well and good for both parties, then Jamie would have been here for two years, maybe longer. But, Jamie’s agent made it very clear that Jamie was going somewhere else, and that was at the beginning of the talks.

“When you get told that obviously you have to say, ok, where do we go with it? Do we try to match a League One club in terms of wages? We can’t do that. That’s simple – he’s going to move on.

“I recognise that fans liked him, I like him. I would have loved him to have stayed but we have a structure here and we can’t match a League One club on wages. We now want him to do well and we wish him every success.”

“The thing with Jamie is that we recognised that he fitted Carlisle - and it was a very good fit - but he chose to move on,” he told us. “It was absolutely his choice. That’s his decision and there are no hard feelings because of that.

“He’s always welcome to come back and I have a very good relationship with him. For the clarity of it, Jamie was offered a one-year deal, with an option of staying. I hope that clears that up.”