Defender Gary Miller made his second appearance under new manager Steven Pressley at Vale Park at the weekend as he played his part in a second consecutive clean sheet with the Blues making it an impressive eight wins from their last nine games.

BLUES STORE: Don't miss out and claim your £5 off a replica shirt!

Speaking about the win after the game, he said: “We’ve had to dig it out, but we’ll take a hard-fought win like that on the road any day.

“It’s a hard place to come, the pitch wasn’t great and the rain was pouring down. We had to grind it out, especially when they went down to ten men, so we’re happy with what we’ve done.”

“I think we possibly got a bit anxious at times because when the other team does go down to ten men the fans expect you to steamroller them,” he continued. “It’s something you just have to work away at. If you keep moving the ball from side to side it comes for you in the end.

“It possibly wasn’t the prettiest to watch but it eventually got us the scrappy goal and we’ll take that. I think we have a belief in ourselves that we know what we can do, and if we keep working hard we have players who can pop up and score goals. The threats are there so sometimes you just have to pick your time to go for it. We’ve made ourselves hard to beat and on top of that we have players who can break away and be really dangerous. It’s a good place to be for us.” 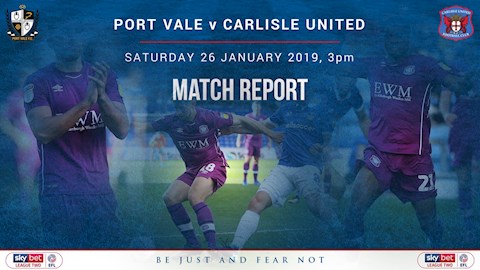 “We stayed patient and the manager and Tommy told us at half time that the goal could come in the 85th or 90th minute, it doesn’t matter, as long as it comes.

“I know the fans would have loved to have seen us win by four goals or more but it doesn’t always work like that. The important thing is that we did it in the end.

“When I went up at Plymouth it was off the back of a lot of results like this. The first goal in this league is so pivotal and a lot of the time you just have to battle things out. It’s the sign of a good team when you keep doing it and getting the results to go with it.”

Having made his first appearances in the last two games since November, he said: “I always just keep myself in shape and the team spirit has kept us all going as well.

“I haven’t been sulking or wasting away, or whatever, and the lads have helped me to keep going. It’s a really tight group and I’ve just waited for my chance to come.

“I’ve played two games and we’ve had two wins, and it’s good for me to be back out there and involved. It was a heavy pitch so it was a bit tiring, but that side of it will come.”

“It’s frustrating not to be involved because all any footballer wants is to go out and play,” he continued. “I was a new player here this season, so I wanted to keep going after my first start.

“I never really felt I’d done as well as I could in the early games so it’s good to get back out there again and show that I can do my bit.

“Like I say, I wasn’t happy with how I’d done before and I never got off on the foot I wanted to at this club. I think I’m doing that now and I’m getting back to enjoying my football again.”

But would he still take up the loan option if it came his way during this window?

“It was never that I wanted to get away, all I wanted was to be playing games,” he explained. “I’m not the kind of player who is happy to sit here and take money while I’m not playing.

“I completely understand that this is a business and the club wants the best from their players. I spoke to David and it was mutual between us that it could help them to get a player in if I could get away, but that’s taken away once you’re in the side and playing.

“You never know what will happen in football, but I’m happy playing. It’s a great group and it’s been brilliant with the new manager coming in.

“I’ve known him for a while so he’s a familiar face. The whole team gets a lift when the new manager comes in, even though that was a weird situation with us doing so well at the time.

“When he played me last week he told me that he knew what I could do. He also told me to get out there and prove it to myself. It felt good and I was surprised that I lasted 83 minutes, to be honest, because it felt like it was only about 60. I did cramp up a bit, but I was delighted to get it under my belt.

“It’s difficult to go from not playing to getting two games in a week, but it’ll be good for me overall so I’m looking forward to getting get going again next week.”

Click HERE to watch an interview with Gary Miller on iFollow United now.