Since the launch of the project to bring Brunton Park’s Sunset Suite to life, using fan-donated memorabilia, more and more supporters have been getting in touch to let us know about items they feel may be of use to help with the fan-driven initiative.

The latest two items, Billy Rafferty's hat-trick ball from the Cardiff game in 1976 and a personal letter from Bill Shankly explaining to a member of the media that the press box was full, will be the next items to be displayed in the Sunset Suite.

We caught up with CUSG chairman Simon Clarkson to get his thoughts on how the project is going, and how supporters can continue to help going forward.

“We’re delighted with the two latest items we’ve had donated, but they are two of many," he told us. "We’ve been absolutely inundated, the response from fans and former-players has been brilliant. We’ve had such a variety of items, from newspaper cuttings to photographs, shirts and much more.

“It’s a time-consuming project once you receive it, so I apologise for that, but that’s the nature of these things when it comes to a volunteer trying to do things on top of a busy life.

"We will get these things displayed in an orderly fashion. I’ve got so many programmes and newspaper cuttings, but I think it’s far more effective if I can match them up and frame them as one thing from a specific event or time in the club’s history, rather than have a scattered approach.

“The game against Roma is a good example. I now have newspaper cuttings and programmes from that day that we can put together and get displayed. The two league cup ties against West Brom, which is the furthest we’ve ever got in the competition, are the same."

“There’s lots of space, that’s the beauty of the football club," he continued. "The Sunset Suite is now reasonably well populated, we don’t want to overkill it, so we’re looking at moving through to the Sporting Inn.

“I’m not sure whether I’d say we’ve surpassed our original aim from when it was first talked about at the CUSG meetings, but we have had a lot of items donated, which has been excellent. During the discussions with CUSG we talked about the club refurb of the Sunset Suite, and we wanted to do something to match the efforts. I think we’ve delivered on our promises there.

And on the next phase of the project for CUSG, he explained: “We’ve also got capacity now round in the East Stand, and I particularly think when fans walk in to buy tickets in the new offices it’s quite bland and sterile.

"There are a lot of plain walls so there's a lot of scope there. We’re thinking of putting shirts on the walls, and as part of the CUSG plan we’re looking at a side project to this to focus on replica shirts.

"The theory there is that if we can go back in history and display as many of the club’s shirts in the stairwell of those offices as possible it would be another good spin-off project to this."

“Billy Rafferty has been along to donate his hat-trick ball from the Cardiff game, and he’s given us that because it’s been sat up in his loft," he commented "We’ve heard that from a lot of people who have donated items, they’d rather it was viewed by people at the club rather than hidden away gathering dust.

“I also have to mention the framers, who have been fantastic. Mike Nixon is a Carlisle fan so he really gets it, and he’s been very helpful in terms of deciding on the nature of the frames and how we do things.

"It really reflects the strong partnership approach we’ve got with other fans and the club, as well as businesses and sponsors. The hanging of the frames has all been done as a donation, so it’s been a great team effort.

“If anybody has anything they would like to donate, specifically shirts for the East Stand project or any other items of interest, please do get in touch.

"We’ll do our best to accommodate, we won’t be able to put everything up, but at the very least we can take items to archive so that it’s at the club for future reference." 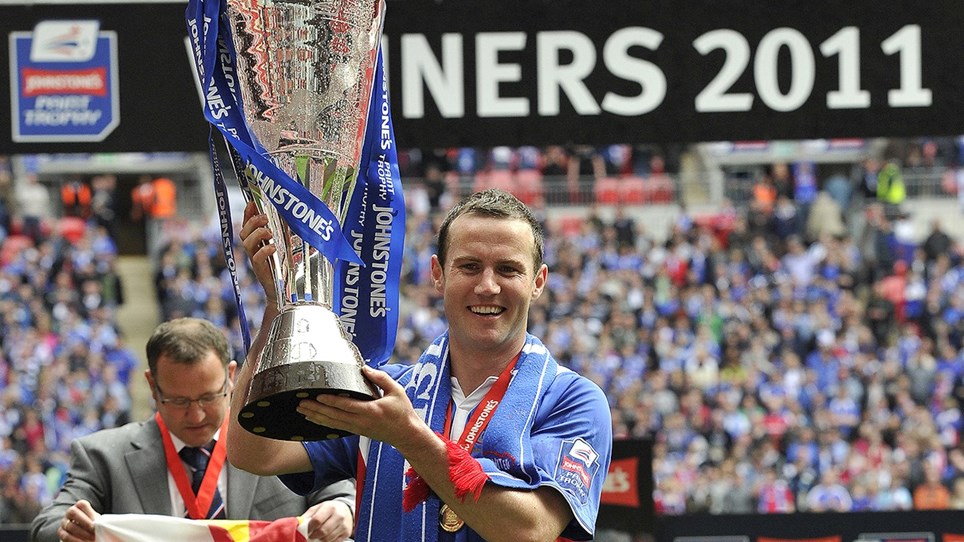 
Brunton Park’s Sporting Inn is set to be renamed Murphy’s Bar, and the occasion is to be marked by a special appearance by the legend himself, Peter Murphy, at around 7pm on Tuesday 1 March.