United boss Steven Pressley spoke to us ahead of this weekend’s trip to Scunthorpe about the preparations for the game and about what he wants to see from his group. 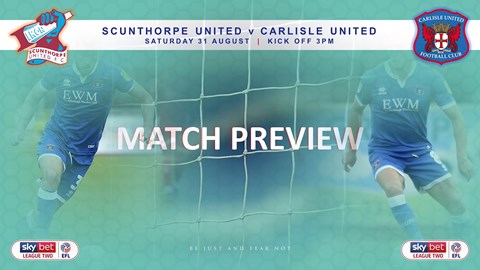 “We’ve had to wrap the lads in cotton wool a little bit after what has been a tough few weeks,” he said. “The vast majority of the squad who played the two games last week haven’t trained since Tuesday, so they’ll train for the first time on Friday.

“That’s a recovery period they needed. We’ve managed to get time on the grass with the other players who have been new to the club and it gave us an opportunity, which we haven’t had much of lately, to get some of our principles of how we play bedded into them.”

In terms of the walking wounded from Tuesday night, he told us: “We think Mike Jones is going to be ok. We’re very hopeful on that one.

“Unfortunately Stefan Scougall looks like he could be out for a number of weeks with a hamstring injury. He’s a resilient player, and he’s always very positive about injuries, but it could be several weeks before we see him back with us again.

“There were a few others hobbling around at full time on Tuesday but Nathan Thomas, Harry McKirdy and Byron Webster are all fine.”

With midfielder Canice Carroll having made an impressive impact when came on during the second half, he said: “The Scougall situation gives him an opportunity, should we choose to start with him. He knows it’s up to him to stake a claim for the shirt and he’s one who has had to be patient recently.

“Some of that has been forced upon him, with his suspension, but that’s a situation he’s learned from. He’s shown a really good attitude and I know he can’t wait to get going.

“Harry [McKirdy] is another. His impact on Tuesday was fantastic and that’s exactly the type of reaction I want from a player when he’s missed out on a few games. The reason I brought six attacking players in is because I want that type of competition. I want players to need to play well.

“Every player in this squad has a huge role to play, even though they won’t play every game. However, if they all know the opportunity is going to come, you tend to get this level of reaction.”

On the type of performance he wants from his side, he told us: “I’ve said this a number of times, but we aren’t far away at all from being a very good team.

“We’re do so many things right, and it’s in both boxes where we need to fine tune things by finishing our chances and eradicating the mistakes which are costing us.

“The statistics tell us that in many attacking areas we’re one of the best sides in the division, so that means we are doing a lot of good things. We need to keep doing that so that we’re giving ourselves the best chance we can of winning games.”

“What I will say is that I’m fully behind every one of my players and I have belief that things will change,” he commented. “These players are good players, and someone like Byron Webster is a great example of that. He was gutted at the error he made against Rochdale, but he went out in the second half and he was excellent.

“He showed the type of steel you need to come through. That’s the type of characters we need because we’re all determined to have a successful season.” 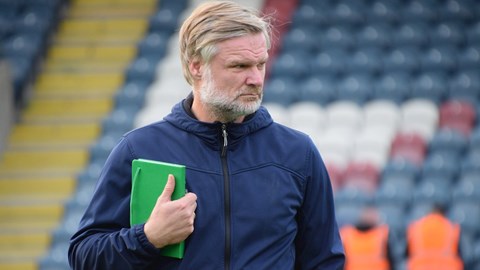 MANAGER: I’ve never seen a team work as hard as they did tonight

Looking ahead to the game, he said: “They’re all tough in this division. We know we need to do better away from home because our league form on the road hasn’t been good enough.

“That’s something we need to sort out. Scunthorpe won’t make that easy for us because they’re a team working hard for a new manager. He’s looking for the best system for them, and he’s trying to get them playing in the right way.

“He has a really strong track record, and he took Shrewsbury to the verge of the Championship. He’s done particularly well in the jobs he’s been at and he has a good amount of experience.

“It’s a squad he’s inherited and it may take a bit of time for him to get them playing the way he needs them to play.

“They have a couple of really good central defenders, and Jordan Clarke is a player who was with me at Coventry, and he was at right back last weekend. They’re like us in that they need to tighten things up but, with the players they have, I’m sure that will come.”

“We’ll be without Olufela Olomola,” he confirmed. “There’s nothing in the loan contract to say he can’t play, but there’s always an agreement between clubs in these situations that you just don’t do it.

“We’re going to respect the fact that he’s here on loan and it’s normal that you wouldn’t play him against his parent club. That gives somebody else an opportunity and it’s one they must grab with both hands.”

“What we know is that a good result will give everybody a lift,” he said. “We genuinely aren’t far away, but we have to turn these good performances into three points and wins.

“Having seen the performances I’ve seen I do believe that results will come. From that will come momentum and that’s when we will see that we can be a really good team.”