United boss Steven Pressley gave us more reaction to the weekend victory over Crawley which leaves the Blues knowing exactly what they need to do when they make the long trip to Yeovil on Saturday. 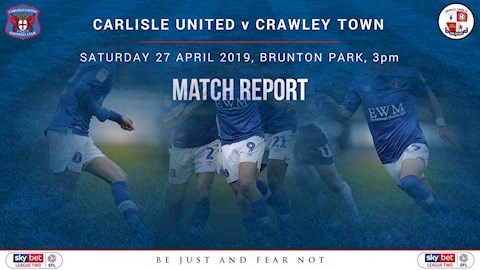 “We probably started the game with the most aggressive pressing that we’ve worked towards this season,” he said. “For 35 minutes our football was absolutely scintillating. It was pressure football, we didn’t allow them to breathe, and it was exciting to see.

“But when you play that way you have to have a high level of fitness, that’s the reality of it. In the end we were hanging on a little bit, but that’s understandable because we’re not quite at the levels where I want us to be.

“When we get to those levels we’ll be able to play that type of football for 90 minutes. On this occasion it was a case of really going after it as we tried to get the all-important goals in the early stages of the game. That gave us a platform and something to build on.

“What I will say is that the players deserve great credit because even though they fatigued, nobody can say they didn’t give it everything. Their application was amazing and in the first 45 minutes they gave us fantastic football and, because of that, I was aware that we’d have to hang on, and we showed the right mentality to do that.”

“It was a day when I could see after 35 minutes that fatigue was starting to set in,” he continued. “That’s where you have to show a good mentality. Adam [Collin] made a couple of fantastic saves for us again, because we were dead on our feet.

“Overall I’m really pleased with everybody and with the work they did. I know results weren’t particularly kind to us, but all we asked of the group was that they took us into the last game of the season with an opportunity, and we’ve certainly given ourselves that.

“We’ve won three out of our last five, so we’re showing good signs, but the one area we certainly have to improve on is our performances away from home. I’ll be speaking to the group about that as we head into this weekend. What we need to do now is put pressure on the other teams by getting three points against Yeovil.”

“The way we played in the first half is the way we want to play in future,” he confirmed. “It’s what my teams have always been, but I also understand that in order to do that you need the players at a certain level.

“You always have to work to the strengths of your players and that’s what we’ve been trying to do. I was really encouraged by the intensity of the football because it’s not just pressing, it’s about how you press that matters.

“From the front three back everybody pressured the game with great intensity and it was very pleasing to see. It is how I want us to play, even though I can’t guarantee that we’ll score four goals every 40 minutes.

“It’s the type of pressure football I like to see, but I don’t think we’re there yet on being able to produce it all the time.” 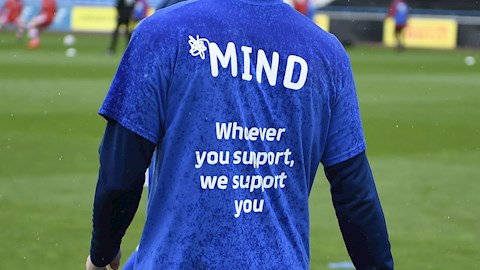 GALLERY: The action from the Crawley home win

With attacking midfielder Callum O’Hare having to leave the field of play shortly after bagging his goal, he explained: “The diagnosis is that the wee man didn’t know he’d scored!

“He’s such an infectious little player and he was terrific for us. It had an impact when he came off because he initiates a lot of the pressure that we do try to apply.

“He got the goal and we’ll just have to take care of him over the next two or three days. He probably won’t be with us until the latter part of the week because we’ll have to be careful with him, with it being a bang to the head. He should, we hope, be able to return to training by Thursday.

“It was a knock to his head and he also had a small cut on his face as well, so he actually took a serious bang.”

“It’s a big week for us now and we have to do everything we can to ensure the players are in the right condition come next Saturday,” he said. “There’s not much we can do about fitness in a week’s training, so it’ll be about recovery and making sure we have the personnel available to play.

“We are trying to get through, we’re trying to patch things up and find a way, and that’s why I’m so pleased with everybody. They’re having to endure a lot of difficulties at the moment and we’re relying on players doing things they wouldn’t normally do.

“Gary Miller is an example of that. He was excellent, and that’s when he’s playing out of position. Jason Kennedy is another one who had to send out to cover a position he isn’t naturally used to.

“Jason is in a situation now where he needs games. The more you play the more your fitness comes, and he himself was really fatigued just before we took him off. That’s the reason why I didn’t put Cullen on in that position, because he started to get fatigued as he came to the end of the 15 or 20 minutes he got as well.

“I was ready to make a different type of change on a number of occasions, but Scougall then went down with cramp, so I was forced into doing things in a different way again. When that happens it affects the rhythm and the way the team performs, but the most important thing is that they saw the result through.

“It definitely wasn’t a swansong for Jason because the truth is that Mark Cullen isn’t ready to do that role for that amount of time just yet. The reality was that Jason is an attack-minded player and we put him on to connect the game. He hasn’t played much football, so he found it to be hard going, and that was when we felt we had to change it again.”

Looking towards the weekend, and the possible return of talisman Jamie Devitt, he said: “I wouldn’t rule him out because he showed a great mentality in terms of making himself available for the Lincoln game.

“We’ll assess him during the week because there was always an outside chance that he would make the last game of the season. We’ll know more as the week goes on.”