United boss John Sheridan spoke to us ahead of tonight’s visit of Grimsby Town for the club’s latest League Two fixture.

“Grimsby are a good footballing side,” he said. “The results aren’t going their way, but that’s not a reflection on their performances because they can play a bit. They need points, so I know they’ll make it difficult for us. 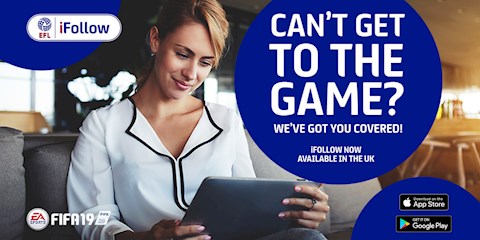 “As I’ve said before, every game is difficult in this league. I’ve watched Grimsby recently and they have some good players who can cause problems. They’ll come here disciplined and determined to do well and it will be a tough test for us.

“We’ve seen recently that this is a very hard league and you can’t predict what’s going to happen. That’s why I’ll continue to worry about us and how we’re going to perform.”

“Obviously I want a reaction from Saturday but I don’t want to keep saying we can bounce back after defeats, because that means we’ll lose one then win one.” he continued. “I’d like us to have more consistency than that.

“But that’s League Two all over, and it’s the reason I don’t get too hyped up when we’re fifth in the league, or whatever, because I know what can be waiting around the corner.

“All we can do is keeping asking the players to perform and making sure that everything is right in the training and preparation we do.

“We know we get the work rate, that’s never in question, so we just need to be cuter in our decision making and in the things we do when we have the ball in good areas.”

“We’re at home and it’s a game we want to win,” he concluded. “The fans want to see their team winning when we play at home and that’s the same for us. That’s why we’ll be looking towards getting a good performance and hopefully we’ll take the chances which come our way.”