The lads began their preparations for tomorrow night’s visit of Grimsby Town on Monday morning, with manager John Sheridan looking for his players to bounce back following the disappointing weekend home defeat.

“Expectations are always different at home because the fans expect more, as I do as a manager,” he said. “I expect us to win games and be brave where we’re here, especially with the ball.

“We did create chances on Saturday, and I’m probably looking very closely at things because we lost the game. Adam Campbell had a great chance in the second half, where he should have scored, but it’s that word nearly again. It would definitely have been interesting if he’d got it.

“I’ve said it a few times, it was a game where we were nearly at it and where we nearly made things happen. When too many passes are going wrong and things break down in good areas too many times it becomes a series of little things which start to build up.”

On the goal which won Stevenage the game, he told us: “All goals are poor, however you concede them. It looks a great goal from them, but we should defend much better in the ten seconds leading up to it.

“I couldn’t tell whether it was offside in the build-up, but that’s just looking for excuses, which I’m not going to do. They came here trying to spoil the game, and they managed to do that well.

“When you get beat you’ve just got to take it on the chin sometimes. We’ll lose other games this season, but if we take our chances in the first half it’s a totally different outcome. It wasn’t to be, and I can’t change anything about it, so we’re just looking towards Grimsby on Tuesday night now.” 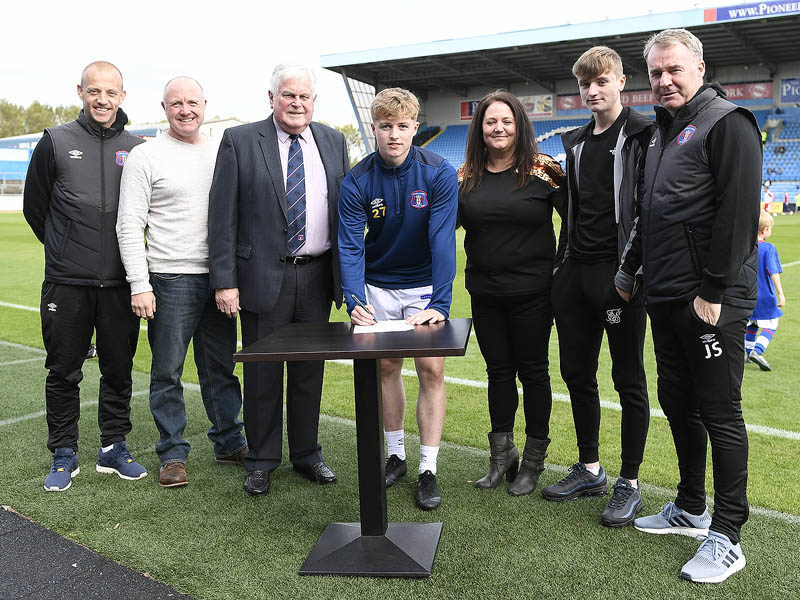 Good news came for the club before kick off when 17-year old academy second year Liam McCarron signed an 18-month professional deal which keeps him at the club until at least the summer of 2020.

Speaking about the decision to offer an early contract to the young winger, the manager explained: “Liam is a good player and we wanted to get him tied down. He’s happy with where he is, he wants to be here, and it’s a great opportunity for him to learn his trade.

“He’s signed his contract, but it doesn’t mean he’s done anything yet. We’ll keep getting him involved when we can because he’s someone we think a lot of. The more time Liam can get on the pitch the better for him.

“It’s all experience for him. He’s just signed his professional deal and he’s got good things in his game. It’s good for him to be in and around the first team, and I thought Saturday was another opportunity to get him on the pitch again.

“We think he’s got a bright future, which is why we’ve given him a contract, but it’s down to Liam now. He’s got a lot of hard work ahead of him.” 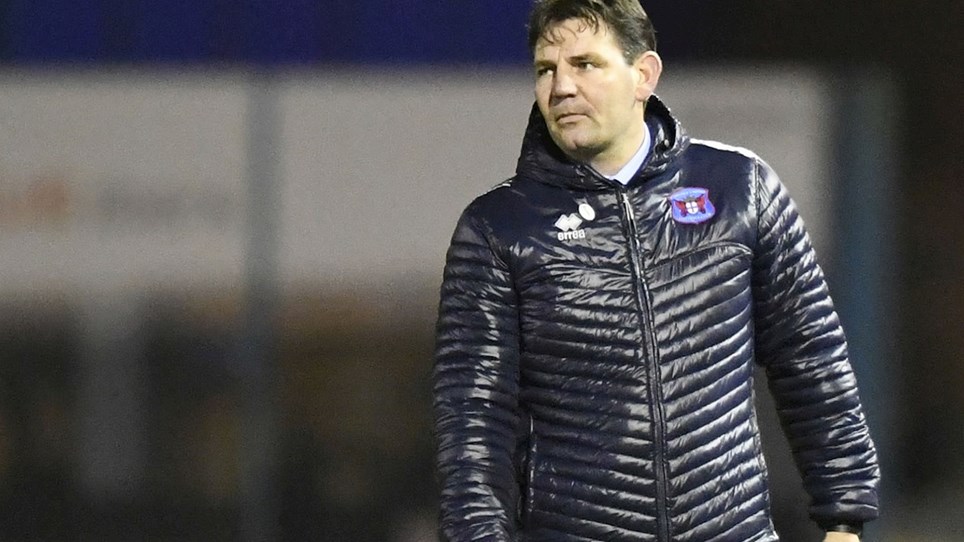 
United took an early lead and battled hard to take all three points on Saturday afternoon in what became an enthralling encounter with Salford City at the Peninsular Stadium.

MANAGER: I have empathy with how a player feels


With every member of the United squad knocking on the door for a place in the squad manager Chris Beech admitted that it can be difficult when it comes to team selection, particularly for players who...


Photographers Barbara Abbott and Richard Lee were at Brunton Park on Tuesday night to capture the windswept and rain battered action.


Carlisle United’s Easter weekend will look very different this April with both Southend United and Scunthorpe United agreeing to slip their respective fixtures with us by a day.